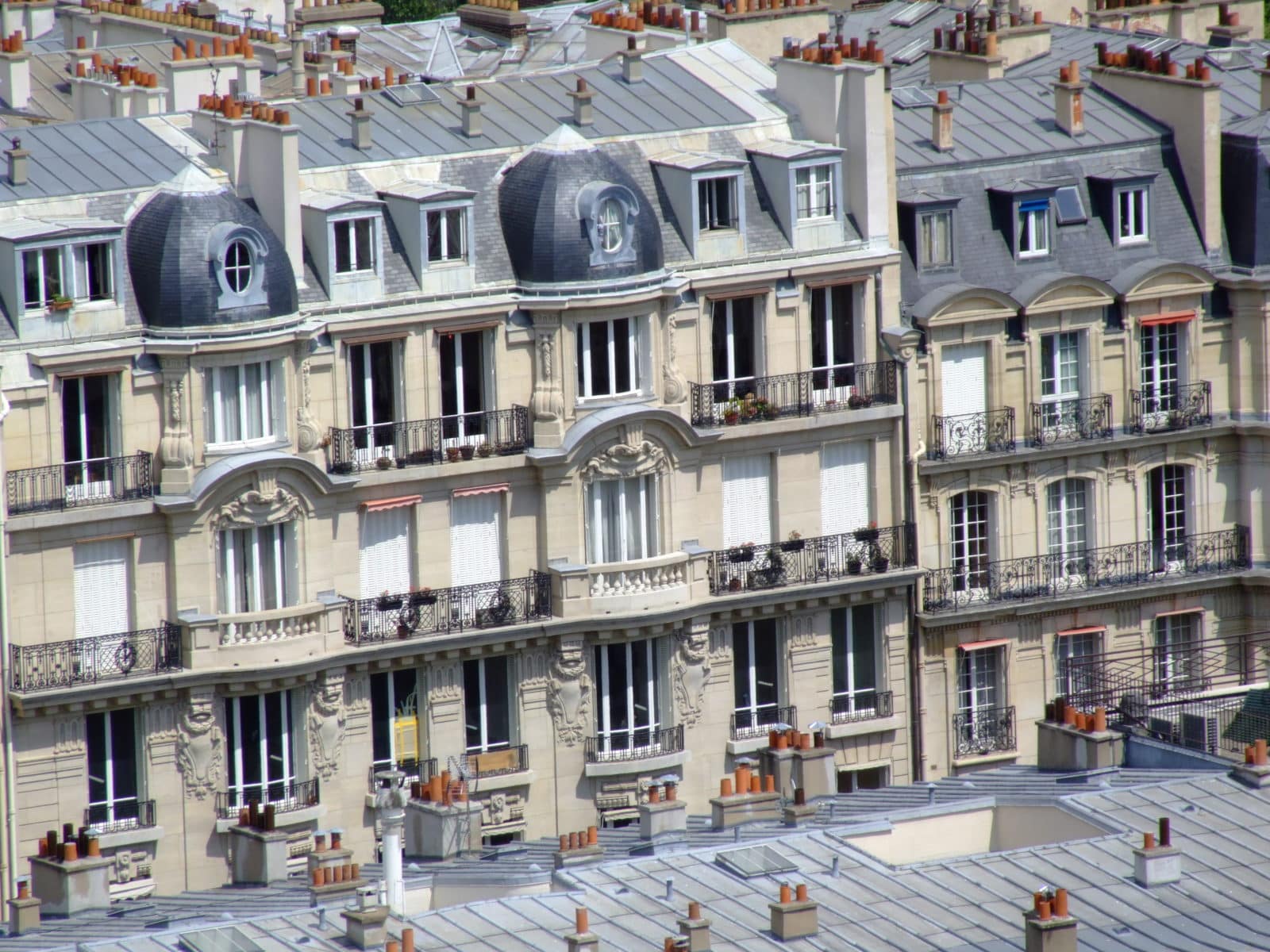 April to June saw 20% more property transactions in the capital region than in the same period last year, as revealed in the Paris Notaires second quarter report published last week. Activity is accelerating in the suburbs and decelerating in Paris.

The report, which covers the months of April, May and June, also reveals that at the halfway point of the year prices in the capital reached €8,670/m2 in Paris proper and €5,570/m2 in the whole capital region of Ile-de-France. This is 6.6% and 4.9% annual growth, respectively.

High price growth in Paris means activity is increasing at a slower rate in Paris than its suburbs, as buyers are priced out and are looking elsewhere for their first property purchase. Waiting for prices to fall in Paris is also not an option for them as interest rates might not stay this low forever (and there is no reason to suspect prices will stop growing anytime soon).

Compared with 2016’s second quarter, 24% more transactions took place in the suburbs (Petite and Grand Couronne); in Paris, only 10% more. In the region as a whole, that amounts to an average of 20% year-on-year growth.

This is a far cry from the first quarter report of 2017, published a few months ago. In it, the Notaires reported that 70% more transactions had taken place year-on-year in Paris, compared with 38% in the region as a whole. Unsurprising when the annual price growth figure for Paris has gone from 5.5% in that report to 6.6% in the most recent. There are fewer sales because there are fewer properties on the market, which means explosive prices.

Growth is particularly pronounced in the 2nd and 10th arrondissements, as seen on the map below. 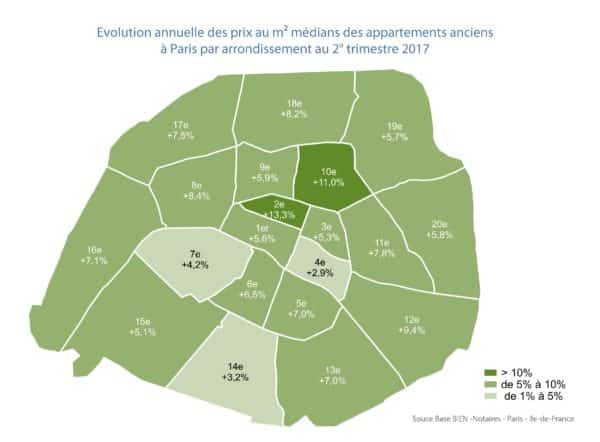 So where does that leave us in terms of prices throughout the city?