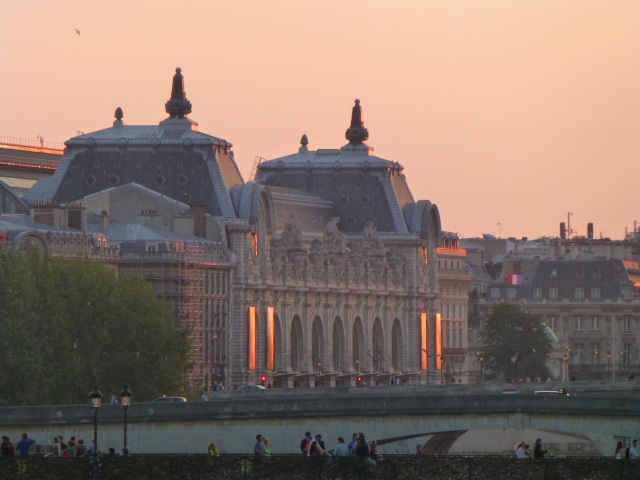 Real estate prices in Paris: a guided tour of the arrondissements

Following the trend throughout France, real estate prices are dipping slightly in almost every Paris arrondissement. This presents some great opportunities for buyers. Weekly news magazine l’Express questioned agents in each arrondissement to get their view of market trends.

Although non-European buyers are sustaining prices in a few quarters, the general exodus of rich foreign purchasers and tax exiles has put the brake on prices in the more prestigious locations. Increasingly demanding French buyers are getting the upper hand – even if demand still exceeds supply.

Paris’ luxury shop window, the 1st arrondissement, has some beautiful locations and sought-after addresses. Even around the Tuileries and Palais-Royal, properties that fetched 12,000 euros/m2 in 2012 are now going for 10-11,000/ m2. Less prestigious but more trendy, prices in the 2nd arrondissement have dropped from 10,000 to 8,000/ m2. The rue Montorgeuil neighborhood remains sought after but apartments on the noisier big boulevards have fallen by 10 to 15 %. In the 4th arrondissement, even the village-like Marais quarter has experienced a drop. Sellers are having to reduce prices for apartments with flaws. A 38m2 studio on the 5th floor with no elevator in the impasse Ghéménée went for 337,000 euros. By contrast, prices in the 3rd arrondissement, traditionally the poor relation of the 4th, are holding up. Where the 3rd borders the 4th, near the place des Vosges, apartments are hovering at 10,000/m2. The ‘micro-quarter’ around the square du Temple is particularly sought after: a 48 m2 for renovation sold at 415,000 euros.

5th and 6th – reality returning to the market.

The legendary Left Bank remains to dream about – but not at any price. Prices in the 5th arrondissement have dropped by 5-10 per cent but still vary greatly according to the sector. Around the Panthéon and Luxembourg, expect to pay 14,000 m2; prices around the Jardin de Plantes bottom out at 8,500-9,000/m2. The 6th is the most expensive arrondissement in the city at an average price of 12,250/m2, especially around Saint-Germain and Luxembourg. Foreign buyers still seek a pied-à-terre close to the Seine at 15,000/m2 but around Notre Dame des Champs, for example, French families are now paying 12-13,000/m2 compared to 14-15,000/m2 in 2012. An 83 square meter for renovation on rue Madame sold for a bargain 1 million euros.

Prices vary between the western arrondissements but in some cases sellers are accepting 10% or more below the asking price. Only the top quality apartments around les Invalides and the boulevard Saint-Germain in the 7th are holding their price . Those with flaws can drop as much as 15%. The quieter avenues de Saxe and Breteuil command only 10,000/ m2. Prices in the golden triangle of the 8th arrondissement hold up mainly because of Middle Eastern buyers. They will pay up to 25,000/m2 on the Champs-Elysées or avenue Montaigne. In other parts of the 8th large apartments above 250m2 with the slightest flaw candrop down to 10,000/m2. The 16th arrondissement has a surfeit of elegant Haussmannian apartments for sale, so few go beyond 9-10,000/m2. Around the avenue Mozart, prices have dropped considerably while larger apartments are difficult to sell. Agents reckon that now is the time to buy. Affluent families still go for the 17th arrondissement but even in the prime quartier des Ternes apartments are selling more slowly. Agents say properties above 1 million euros are hard to sell, although those in Batignolles can still command 8-9,000/m2.

9th and 10th – good opportunities to be had

Prices formerly soared in the two east-central arrondissements but they are now stalling. Even at the Bastille in the 11th, 9,000/m2 is the maximum budget. The accent is on smaller properties, such as a 46/m2 in the rue Amelot (295,000 euros). Agents are finding larger properties increasingly difficult to move. The 12th arrondissement is sought after for its green spaces and provincial air. Comparatively late to take off, prices are now sliding again. Around Daumesnil, prices are 8,000/m2 or less, such as an 87m2 in an Art Deco building, sold for 670,000 euros. The new tramway around La Porte Dorée near the Bois de Vincennes is likely to enhance values there.

Prices in the three arrondissements to the south range from 7,500 to 9,500 the square meter. The treasure hunt has already started here as the market has slowed down. In the 13th arrondissement, you could pick up a 49m2 in rue Charles-Fourier for 395,000 euros – 55,000 euros below the asking price. Montparnasse in the 14th arrondissement remains expensive but quarters like Alésia are less sought after and prices below 8,000/m2 reflect this. Agents predict that sectors such as Plaisance-Pernety will come up in the world, making it a sure investment. Agents have recorded 5-10% price falls in the 15th arrondissement. In the area around Georges-Brassens park, a 53m2 in a charming old building was sold for 415,000 euros. Although rare, large apartments in particular are hard to sell.

Prices have been over-inflated in the three north-eastern arrondissements but are on their way down. Even in the 18th arrondissement, frequented by artists and foreigners, trendiness has its limits. Buyers won’t pay more than 7,500-9,000/m2 – less for a property with no elevator, for example. Negotiation can net a 58 m2 in the rue des Saules for 400,000 euros. The least expensive arrondissement in Paris, prices in the 19th have fallen back to 2007 levels. Even in the most expensive quarter, les Buttes-Chaumont, the prices don’t go above 7,500-8,000/m2. It’s even cheaper around la Villette at 6,100/m2. Improvements there such as the tramway mean it’s worth taking advantage now. The 20th arrondissement has gentrified slightly, especially around Place Gambetta. Here, prices have slid 5-10% to between 6,000-6,500/m2. An ideal situation to get a good deal, like a 30m2 in the rue de Ménilmontant at 165,000 euros.