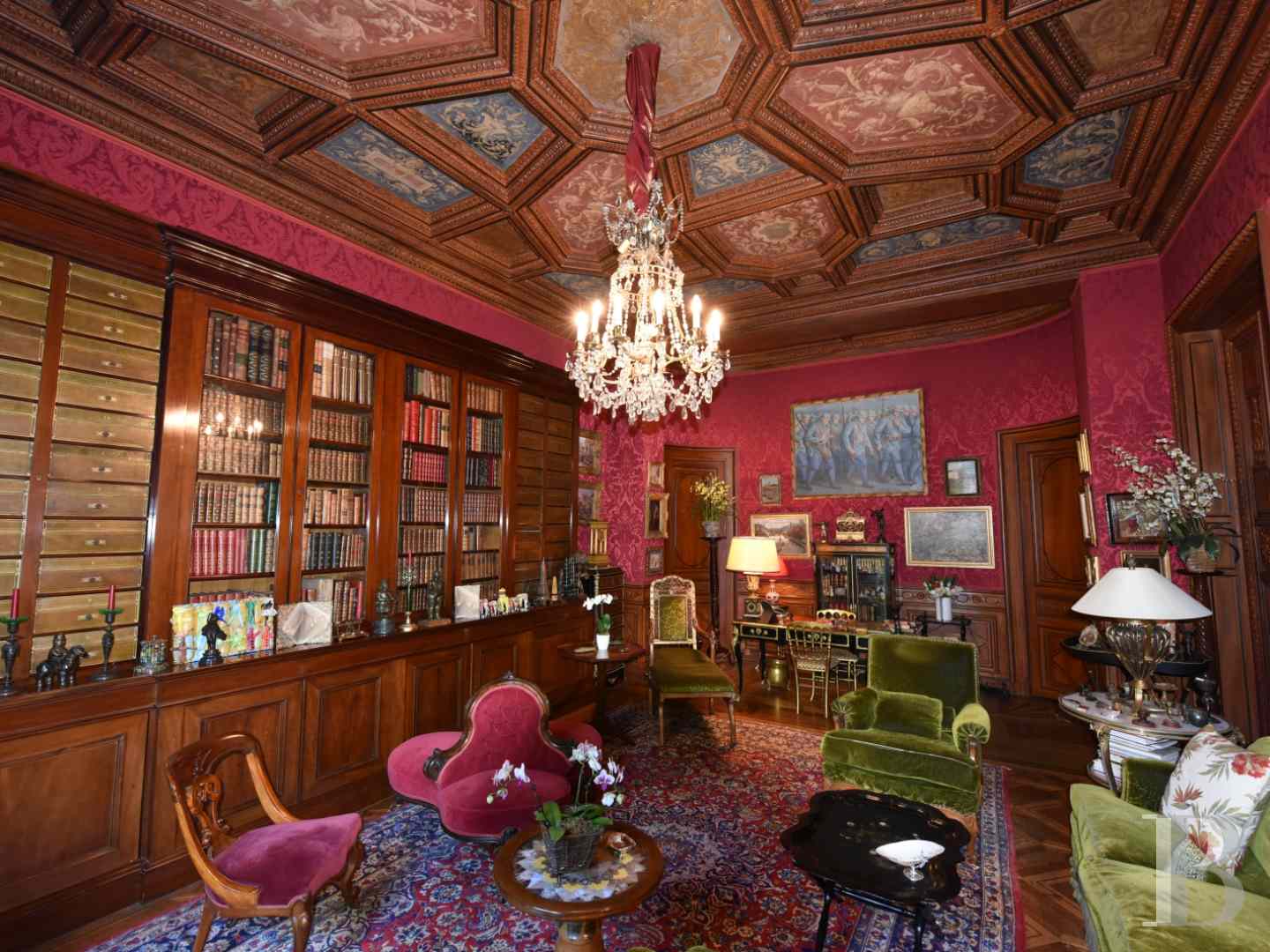 A luxury apartment in the 16th arrondissement decorated in the style prevalent during the Second Empire (1852-1870) is up for sale. Eleven rooms, 524 m2, plus a large garden are available for the willing buyer.

The unique luxury interior design style that emerged under Napoleon III in Paris is best exemplified in the Louvre. The emperor, Napoleon Bonaparte’s nephew, lived in the upper quarters which are now a permanent exhibit in the museum. A recent property listing shows that the style is alive and well in some residential properties even today.

The apartment in the Muette quartier of the 16th arrondissement, only a few minutes’ walk from the Bois de Boulogne, spans 525 m2 and 11 rooms, four of which are bedrooms, and a huge garden (plus two service rooms and underground caves).

The main reception room or grand salon, below, features grand pillars, period luxury furniture and ornamental coving with murals adorning the ceiling. This has the potential to “have the allure of a hotel particulier and could play host to festivities and balls under the watchful gaze of the angels that adorn the ceilings,” according to the listing. 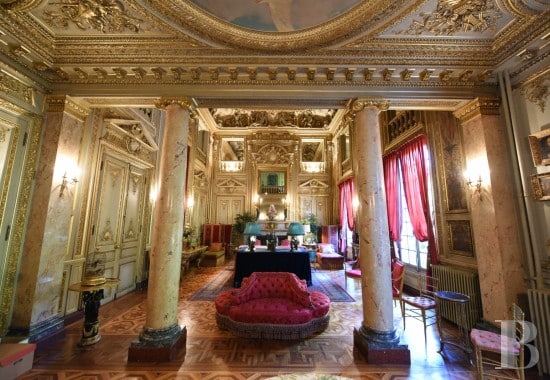 The garden spans 185 m2 (in addition to the 524 m2 of interior space) and is accessible from all three reception rooms on the ground floor. The first floor houses three bedrooms and the master suite, which opens onto a balcony overlooking the garden.

On the sixth floor, two maids rooms or chambres de bonne conclude the property, with a service staircase connecting them to the first floor of the property.

French real estate investment funds go shopping in Paris
French SCPI funds are confirming their expanding role in the property investment landscape in France. In the first quarter of 2015, SCPI capitalization overall reached €29.9 billion, according to figures published by fund monitor MeilleureSCPI.
Paris clamps down on short-term rentals
In an unprecedented move, Parisian officials swept through 98 buildings and visited 1868 apartments over three days in the French capital that they suspected of being illegally rented out short term to tourists.
New Build Sector in France Yields Positive First Quarter
Figures published on May 21, 2015 by L’Observatoire de la Fédération des Promoteurs Immobiliers de France (FPI), show an increase in sales of 10.4% for the first quarter of 2015 for the new build real estate sector in France, compared to the same period in 2014.
Paris to Convert a Third of Its Underutilized Office Space into Residential Housing by 2020
In another significant step intended to invigorate the city, Paris Mayor Anne Hidalgo has pledged to transform 250,000 square meters (m²) of Paris offices into residential housing by the year 2020.
Greening up Paris, one small space at a time
If there’s a downfall to building a city slowly over 2000 years, it’s that nobody thought to reserve the space for a large park in the city center. Unlike the center stage enjoyed by Manhattan’s Central Park or Berlin’s Tiergarten, Paris’ biggest and best parks are, by contrast, at the fringes of the city. But […]
Paris’ Montparnasse neighborhood to get a facelift
The Montparnasse neighborhood of Paris will undergo a major transformation by 2020, by way of a series of major urban renewal projects slated to begin early next year. ‘We need to re-humanize the face of the neighborhood,’ said Jean-Louis Missika, the deputy mayor in charge of urban planning
Could Paris be adorned with vertical forests and parks by 2050?
Imagine the high-rise buildings of Paris clothed with trees and gardens, transforming the city into a green landscape. This is the idea outlined in a recently published study, Paris Smart City 2050.
A European Court ruling will result in France reimbursing millions of euros to foreigners overtaxed on real estate sales and rentals
Since August 2012, non-residents who sell a property in France, or derive income from property rentals, have had to pay social charges totaling 15.5% on the net capital gain or the income. A recent judgment by the European Court of Justice (ECJ) has overturned this rule.
Search
Find us on
Facebook
Get the PPG Monthly newsletter