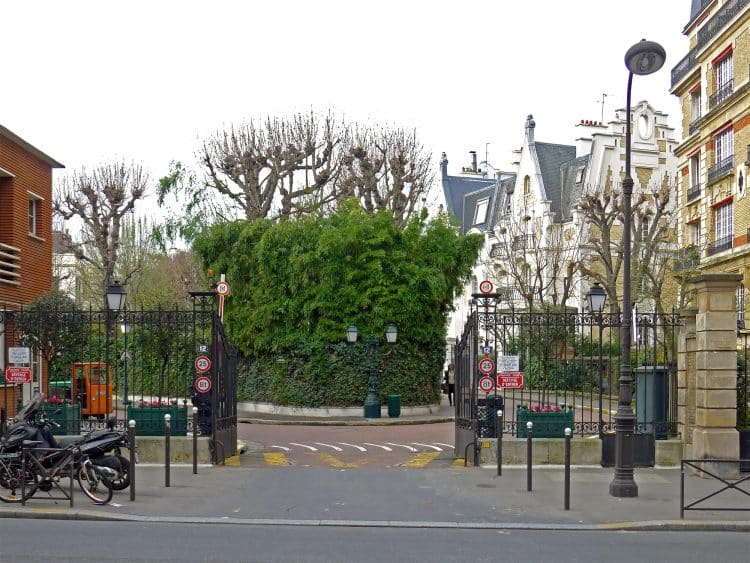 The Canadian-French singer is selling the 1400 m2 property she bought in 2008 with her late husband.

In what promises to be one of the bigger Paris real estate deals of the year, Celine Dion has listed her 1,400 m2 quadruplex for 9 million euros. The house lies in the Villa Montmorency, a gated community in the 16th arrondissement a stone’s throw from the Bois de Boulogne and the Porte d’Auteil metro.

The house entices with its unimpregnable view of the Eiffel Tower and the facilities it offers. A personal gym, a small cinema and ten rooms – half bedrooms – adorn the property that is believed to have several potential suitors. The 16th arrondissement is no longer the most sought-after neighborhood in the capital as it once was, but it remains hugely popular with the rich and famous.

Celine Dion and her late husband Rene Angelil were the latest in a long line of notable figures to have lived in the Villa Montmorency pictured above. Others include the actors Isabelle Adjani and Gerard Depardieu, historic figures Victor Hugo and Jean-Jacques Rousseau, and former president Nicolas Sarkozy.

Luxury real estate agency Daniel Feau Immobilier is in charge of the sale, whose price includes all taxes, and they encourage buyers to take advantage of the favourable post-election climate, “contrary to the tenure of Francois Hollande where only one in fifteen listings [of luxury property] resulted in a sale.”