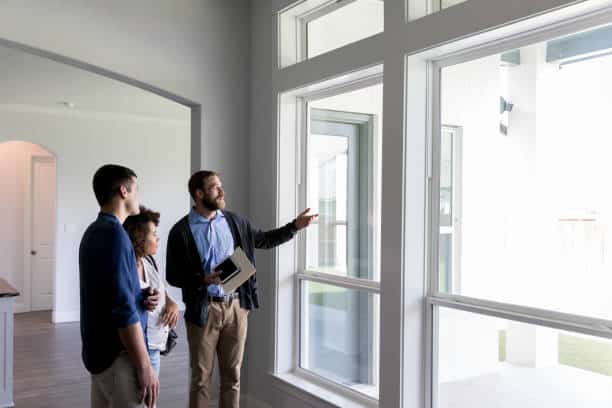 According to the Notaries of France, the share of non-resident foreign buyers continues to decline, falling to its lowest level for the past ten years. A trend that is not new, but that Covid has amplified.

If Metropolitan France has always attracted foreign buyers, their presence seems to be dwindling. Whether in Paris, Périgord, the Côte d’Azur or the Alpine resorts, foreigners are fewer and fewer. In their latest study, the Notaries of France note a slow decline in acquisitions by this often wealthy clientele. If the health crisis has accelerated this reflux, it is in fact a phenomenon that has been going on for ten years already. And it’s a safe bet that the war in Ukraine will mark a definitive halt to Russian customers capable of buying a foothold in France.

In 2020, the percentage of non-resident foreigners buying older properties fell to its lowest level in ten years: 1.3% (compared to 1.7% in 2010). The whole territory, apart from the North-East where the percentage remains stable (1.2%), is affected by this erosion. Provence/Côte-d’Azur/Corsica, which traditionally concentrates the most purchases by foreigners who are not residents of the country, is particularly affected by this disaffection. Their share in old property transactions, which was still 3.8% in 2019, fell to 3.1% in 2020. In the Alps and Île-de-France, the declines are equivalent to the national average (-0.2 points), with respectively 1.6% and 0.7% of purchases in 2020.

In terms of nationalities, the British remain the most present, but followed by the Belgians, especially since the Brexit referendum. The latter represented 20% of purchases by non-resident foreigners in France in 2020. “This share is all the more significant when compared to their overall population: Belgium has around 11.5 million inhabitants compared to 67 million people in the UK,” underline the notaries. They add that in the first half of 2021, it even exceeds, for the first time, that of the British, with 22% and 17% of transactions respectively. Germans are the third most represented nationality. They account for 9% of transactions in 2020, i.e. +1 point compared to 2019. 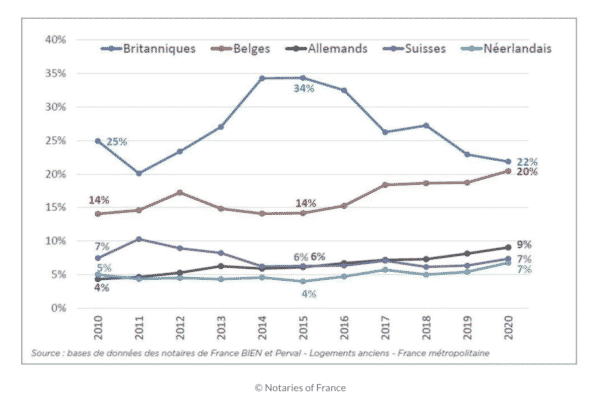 Surprisingly, it is not the big cities that are the most sought after. The Creuse and the Dordogne are the most attractive. They are followed by Alpes-Maritimes, Haute-Savoie and Lot. In 2020, foreign customers represented 9% of sales in Creuse, 8% in Dordogne, 7% in Lot and 5% in Alpes-Maritimes. 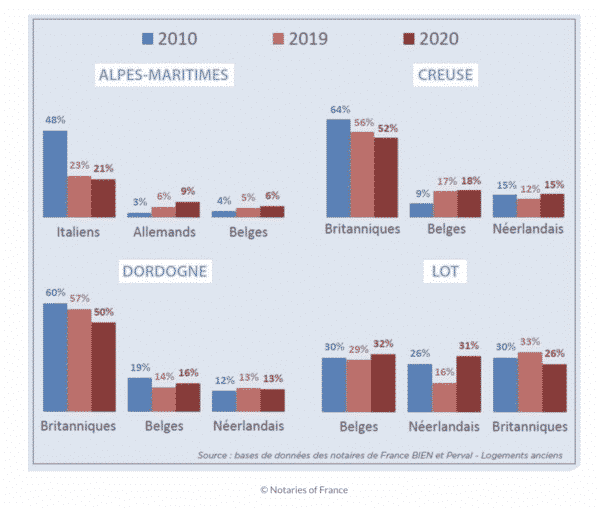 When buying a home, non-resident foreigners buy big! The median surface area of ​​properties acquired in the provinces has increased very sharply in ten years. It went from 77 to 95 m², i.e. nearly 20 m² more. A trend that runs counter to that of the French, for whom the gain in ten years has only been 2 additional m2!

This difference in surface area is even more flagrant in Île-de-France. The median area of ​​housing purchased by non-resident foreigners has also increased, rising from 46m2 in 2010 to 60m2 in 2020, while that of housing purchased by French residents has only increased by 4m2. Call it a sign of the times, the market is moving towards the inner and outer suburbs: 73% of purchases made by non-resident foreigners were made in Paris in 2010 compared to 50% in 2019 and 47% in 2020. Is it that the city of light is too expensive?

These buyers are mostly between 50 and 59 years old (32%), with an SE+ “senior executive” profession (33%) and keep their property for at least 15 years (44%). With regard to their socio-professional category, Île-de-France stands out with a much higher proportion of so-called “senior executive” buyers than elsewhere (44%), like French residents. Conversely, the North-East is distinguished by a lower proportion of CSP + (23%).