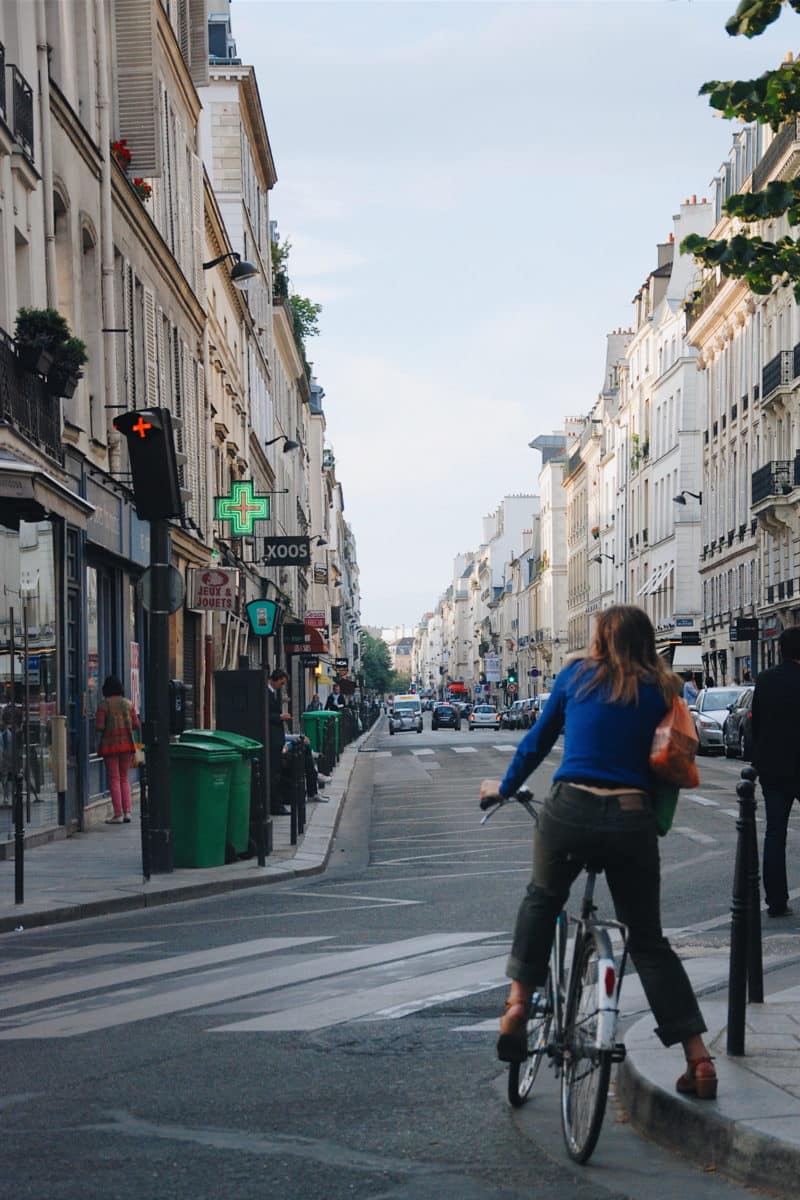 Mayor of Paris Anne Hidalgo intends to take advantage of the environmental benefits of quarantine to push eco-friendly government policies. Her main objective, according to the foreign press, is to encourage as much bicycle usage as possible.

It must be admitted that at least one positive has come out of quarantine: “it has lowered pollution levels, including noise pollution, to the point where we can hear songbirds like never before and the water of the Seine is more transparent,” explains Spanish newspaper El Periódico.

Between March 17, when quarantine started, and the end of April, about ten days before quarantine was lifted, Airparif noted a net decrease in pollution, particularly nitrogen dioxide, a local pollutant mainly emitted by cars. The drop reached 20% to 35% depending on the week and up to 50% near major autoroutes, Airparif said in a press release.

“Once quarantine is over,” mayor of Paris Anne Hidalgo has warned, “it will be ‘out of the question’ to return to a Paris dominated by cars.”

Hidalgo thus plans to “maintain anti-pollution and anti-congestion measures” beyond quarantine, says American website CityLab, especially as pollution has been confirmed to “aggravate the health crisis”. “Pollution in itself,” Hidalgo says, “is already a health crisis and a danger. And, combined with the coronavirus, it mixes up a particularly dangerous cocktail.”

This observation is not unfounded, CityLab assures: “Researchers at Harvard found that an increase in particulate pollution of just one microgram per cubic meter could increase a sufferer’s chances of dying by 15%. Air pollution is also known to exacerbate conditions such as asthma that may make the risk of Covid-19 mortality higher.”

One of the biggest challenges will therefore be to reorganize public transportation, warns The Daily Telegraph. As public transportation is “a real headache for experts around the world, who have to find ways to keep it running while respecting social distancing,” the challenge for Anne Hidalgo will be to keep “the French capital from turning into one huge traffic jam” if Parisians return to their cars in droves.

To achieve this, the mayor, like “other European city leaders” in Berlin, Milan, Barcelona, and Brussels, intends to lean towards bicycle use. This also lines up with recommendations from the World Health Organization (WHO), which encourages people to walk or bike whenever possible, says Forbes.

In Paris, “the most striking measure proposed by the mayor, however, is the creation of new, fully protected bike lanes extending from the city’s heart right out into the distant suburbs,” CityLab details. “New lanes following the routes of three Paris metro lines will be constructed” and “cars will be banned on rue de Rivoli,” adds El Periódico.

The government has also announced its 20 million euro plan to encourage residents to use bikes, notes The Daily Telegraph: “under the program, everyone will be able to have their bikes repaired for up to 50 euros at an approved garage.”

Already “before coronavirus, the mayor of Paris had vowed that all Paris city streets would be bikeable by 2024,” recalls Forbes, and in fact, “the fear of increased traffic once quarantine measures were lifted actually allowed authorities to speed up Hidalgo’s ‘Plan Vélo'”.

On a more long-term scale, however, “beyond developments intended to fight the pandemic,” for Jean-Louis Missika, deputy mayor of Paris, interviewed by El Periódico, “we need to ‘rethink urban planning in order to bring places of work closer to where people actually live, thereby avoiding the commute associated with an outdated conception of the city.’”