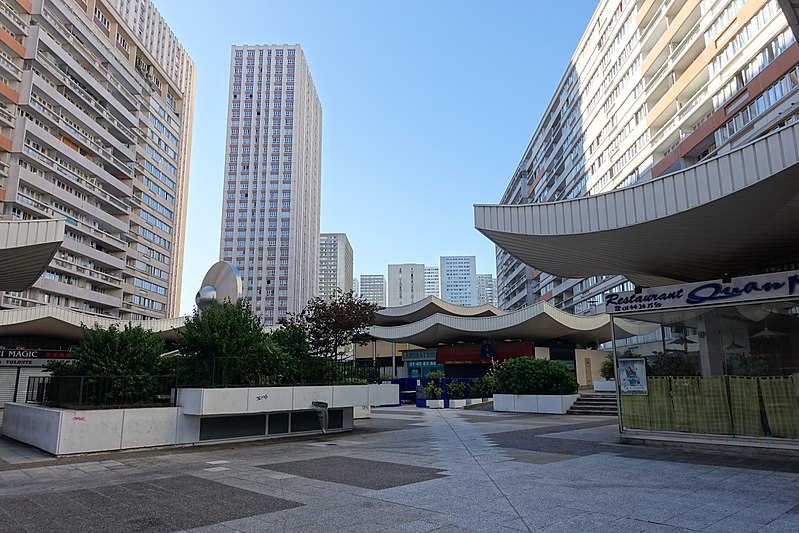 With many groundbreaking projets on the horizon, the 13th arrondissement of the capital is a promising territory for investors.

The 13th is Paris’ most unusual arrondissement.  Between the historic gritstone homes of la Butte-aux-Cailles and the American-style buildings on the avenue de France, the 13th arrondissement offers different options to buyers wishing to invest in the area.  Among the many unique characteristics of the neighborhood, there is one that seems to grab everyone’s attention: the relatively low real estate prices, by Parisian standards of course.

On average, according to the online data platform MeilleursAgents, prices in the 13th are right around 8,623 euros per meter squared.  “The arrondissement is divided into two parts,” notes Nicel Platero, President of the Fédération national des agents immobilier du Grand Paris (National Federation of the Real Estate Agents of Greater Paris).  “In the north, towards la Butte-aux-Cailles, prices surpass 8,000 euros per meter squared, while in the south, the average is 7,100 euros/m2.  This means that it is still possible to find property needing renovations at around 6,000 euros, whilst profiting from some attractive monetary returns, as these renovations can often be tax-free.”

The 13th is a rather residential arrondissement, as evidenced by its housing density of 143 dwelling spaces per hectare.  Apartments are relatively recent, as the average date of construction of the buildings is 1966.  It should also be noted that the ratio between renters and owners is 27 to 73, whereas that same ratio in Paris as a whole is 33 to 67.  Despite this high proportion of tenants, small apartments at less than 40 m² represent only 34% of the total stock of real estate.

The fact remains that prices are climbing, remarks Nathalie Latour, from the ORPI Montsouris real estate agency.  “Prices have risen by 5% over one year and the this trend is not about to stop.  The change is positive: I recently oversaw the 445,000 euro sale of an apartment. Two years ago, in the same building, a similar apartment went for 420,000 euros,” she specifies.  Over ten years, prices in the 13th have risen by 46%.

The 13th is also one of the rare areas in Paris proper where we can still build from the ground up.  Each year, the ZAC (“zone d’aménagement concerté”) Paris Rive Gauche supplies its share of new properties.  The last major urban development project initiated by Jacques Chirac, this “collaborative development zone” was once occupied by industrial land, some of which was abandoned.  As of now, between 3,000 and 6,000 new properties are in the works, spread out over about 130 hectares.  First conceptualized in the early 1990’s, the builds in question will be completed by the end of 2030.

A true real estate laboratory, the ZAC Paris Rive Gauche comprises a number of innovative programs, like U-Care, by French developer Altarea Cogedim.  “We will essentially create 3, 4 and 5 room apartments at 12,000 euros per meter squared in this building.  This is the product of much reflection on the idea of “de-cohabitation”.  Here, it will be possible to separate one of the rooms of the apartment in order to rent it out, housing a student in search of independent living, for example, or an elderly individual,” reveals Laurence Beardsley, President of Cogedim of Metropolitan Paris.

Today, more than 10,000 inhabitants already live and thrive in Paris Rive Gauche, benefitting from the continual development of the district, its shops, and its local services (where some 20,000 employees and 30,000 students, professors, researchers, and administrative staff work). In the long term, around 2028, those numbers are expected to double, with nearly 20,000 inhabitants and 60,000 employees crossing paths each day.

Cover photo by Guilhem Vellut from Paris, France [CC BY 2.0], via Wikimedia Commons