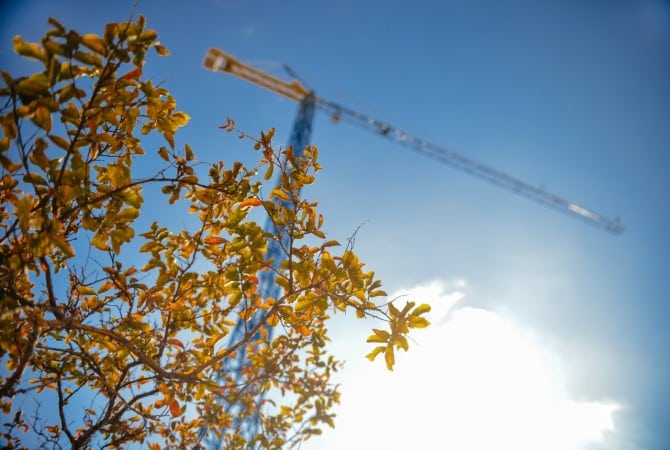 The French real estate sector’s renewed activity is set to continue into this year. Olivier Eluère, economist at the Crédit Agricole explains its recovery’s positive influence on the country’s economy.

After a lengthy housing slump the property sector is doing well again while the construction industry has also recovered, stabilizing in 2015 after seven years of crisis. It is expected to restart this year. Construction is an important sector of France’s economic activity, explains Olivier Eluère, an economist at the Crédit Agricole bank.

He tells La Croix that construction of residential real estate represents about 6% of France’s GDP and 7% of the country’s jobs, which is the European average. However, if all the services involved in the sector are included — agencies, trustees, land management — property represents at least 15% of GDP.

Thus, when the property sector is flourishing, this can positively affect the country’s economy as a whole. Of course, the opposite is true as well. Thus, the 2008 crisis had a serious impact on the construction industry, which hit it after a particularly dynamic cycle. The years 2012 to 2014 were particularly rough for the new build property sector.

Today, activity is resuming, Eluère states. According to the latest figures released by the Housing Ministry, nearly 352,000 new homes were built or started in 2015, a slight increase of 0.3% on the previous year.

Where transactions are concerned, the number of new houses and apartments sold in 2015 rose by 15%. The difference between construction and sales is mainly explained by the time gap between when a property is bought and the start of construction, which ranges from six to nine months in France. It can therefore be estimated from sales undertaken in the second half of 2015 that 2016 will be a good year for construction.

Eluère tells La Croix that the new Pinel tax law, providing benefits to rental investors in new property has begun to bear its fruit. Similarly, the low level of interest rates on mortgages has unlocked many buying and building projects for households.

If these good conditions continue, 2016 should confirm 2015’s recovery and possibly even generate employment in the construction and property sectors.