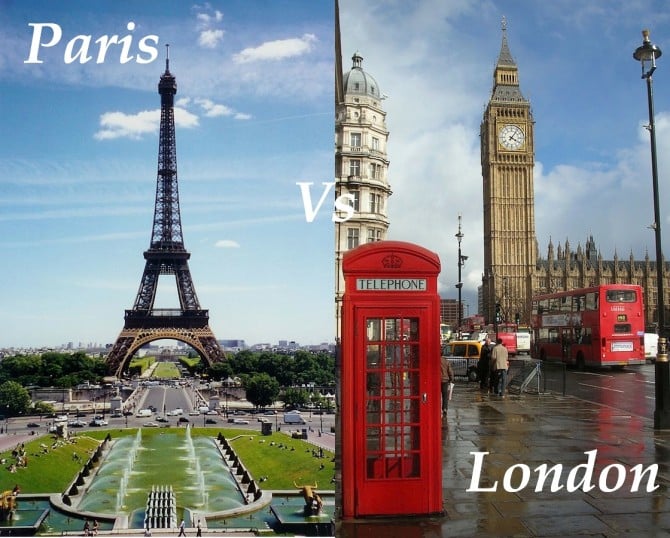 According to French notaires, prices have evolved comparatively in Paris and London over the past 15 years, more than tripling in both cities. Nonetheless, London remains far more expensive. The Paris and Île-de-France notaires recently released a study comparing real estate prices in London and Paris. An analysis of property value across the last 15 years finds that evolution is comparable in the two capitals: over the past decade and a half, prices have been multiplied by 3.5 in both cities.

According to the notaires, real estate prices in Paris and London increased uniformly between 1999 and 2007. But while prices dropped sharply in the UK as early as 2007, in the Paris region the fall occurred later, in 2008-2009. In Paris, prices recovered between 2009 and 2011, while in England and London they have been continuously increasing since 2008, because of strong tax incentives, an influx of foreign buyers and the pound falling between 2000 and 2009 — dropping from €1.6/£ to €1.1/£.

In a comparison with other large international capitals, a number of unique characteristics make Paris stand out. A very limited and densely populated area, a housing stock made up by two-thirds of studios and 2-bedroom properties and mostly built before WW2 are some of the main characteristics that set the French capital apart. Meanwhile, Greater London is 15 times larger than Paris and 3.5 times more populous — it counts 8.6 million residents, housed in an area of 1,572 square kilometers. London is four times less dense and contains more houses (as opposed to apartments) than Paris. Nonetheless, London is much more expensive than Paris.

Indeed, unit prices in London reach an average value of 720,000 euros, much higher than in Paris where 56 square meters — the average surface bought — costs an average of 450,000 euros. As the notaires themselves point out, this comparison in unit prices does not take into account the average surface area sold in London, but they estimate it to be greater because of the lack of geographic constraint and the quantity of houses.

Both cities display significant price gaps between areas, despite the higher property concentration of the French capital. In 2015, the average price of a home stood at 200,000 euros in the La Chapelle neighborhood of the 18th arrondissement, the most affordable district in the capital, against 1.1 million in the Champs-Elysées area in the 8th. A comparison of London’s 33 boroughs highlights similar price differences: on the lower end average prices stood at 310,000 euros (227,500 pounds) in Barking and Dagenham, while on the higher end, properties in Kensington and Chelsea sold for an average of 1.63 million euros (1.2 million pounds).

Paris and London also similarly display prices higher than anywhere else in their respective countries. This is more notable in the French capital, where prices are on average three times higher than elsewhere in France. In London, a home costs on average 2.2 times more than in the rest of the country.