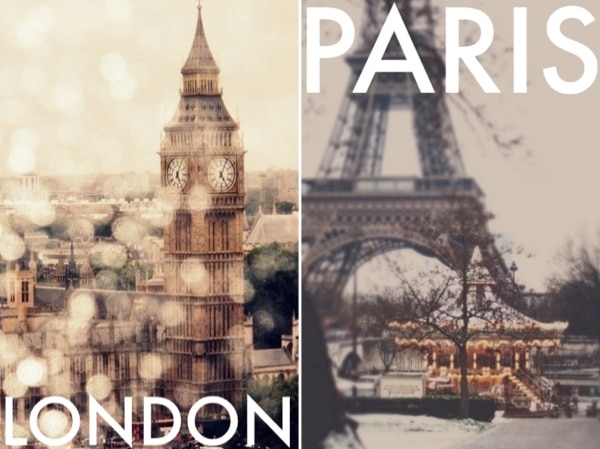 Paris or London: Which real estate is the better value?

The French and British capitals each have their own charms, but price evolutions in recent years mean that Paris real estate boasts higher investment value than London. Alongside Paris’ enduring and indisputable appeal in the eyes of overseas buyers, the city’s real estate offers advantageous investment opportunities compared to its rival across the Channel, according to a new report.

The French Chamber of Commerce in Great Britain released a report last year entitled “Focus on Real Estate: London or Paris?.” In a comparison between both cities, its authors note that “Paris property prices make it a classic buyer’s market, especially for bargain hunters in the areas most prized by overseas buyers.” These include the top part of the Marais in the 3rd/4th arrondissement, the Île St Louis, in the heart of Paris, renowned neighborhood Saint-Germain-des-Près in the 6th, the 7th — home to the Eiffel Tower as well as mansions and gardens tucked away behind high walls — and the 16th arrondissement.

Soon after the release of the Focus of Real Estate report, the Paris and Île-de-France notaires published a study comparing real estate prices in London and Paris. Spanning 15 years, their analysis found that property prices evolved comparatively in both cities, more than tripling between 1999 and 2007. However, London prices remain far higher. This is because prices started their post-economic crisis increase far earlier in London than Paris. In London, prices had only fallen by 4-6% during the subprime crisis, but fell by 8-9% in Paris.

In the British capital, prices started to rise as early as 2008, while in Paris, prices recovered between 2009 and 2011. Following the recovery, London property prices have skyrocketed since 2009 — rising by 9.3% each year — while Paris prices reached a high point in 2012 and have since dropped by 3.7%, at least partly due to tax changes enacted following the election of Francois Hollande. These cumulative differences explain why property in Paris costs half as much as in London today, according to CBRE.

Paris Property Group’s Kathryn Brown says these trends could “possibly reverse, following the damaging Brexit vote in the UK and the upcoming election in France,”  as it seems likely that the unpopular Hollande will not be reelected and his policies might then be revised.

Other factors set the two cities apart: Greater London is 15 times larger than Paris and 3.5 times more populous, and London contains more houses and fewer apartments, yet property there costs almost double than Parisian real estate. Indeed, property prices in London average out at 720,000 euros, which is considerably higher than in Paris where homes cost 450,000 euros on average. That said, there are vast price disparities between areas in both cities. In Paris, average property prices range from 200,000 euros in La Chapelle (in the 18th arrondissement) to 1.1 million in the Champs-Elysées area in the 8th.  Similarly, London’s low-end prices average out at 310,000 euros in Barking and Dagenham, against 1.63 million euros in Kensington and Chelsea.

While property in both Paris and London comes with a far greater price tag than anywhere else in their respective countries, Paris remains far more affordable than London, with prices currently at an average of a little over 8,000 euros per square meter making it both a bargain and a sound investment for the future.