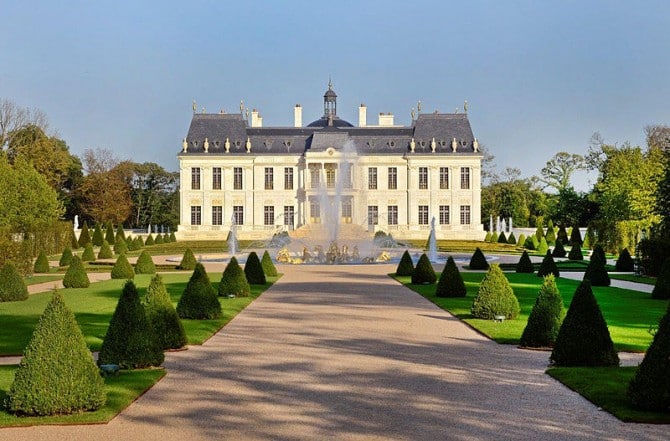 Most expensive property in the world just sold near Paris

A lavish château located in the Yvelines department in the Parisian suburbs has just sold for 275 million euros, making it the most expensive private residence in the world.

An extravagant private manor completed in 2011 in a 17th century style recently sold for the outstanding amount of 275 million euros, the equivalent of 300 million US dollars. Dubbed “Château Louis XIV,” the property contains 5,000 square meters of habitable space and a park of 57 acres, complete with a 2km maze and gold leaf fountain.

The opulent mansion was built on the former location of a palatial retreat used by Louis the 14th. It is located in Louveciennes, in the Yvelines department on the outskirts of Paris, nearby two traditional French châteaux, those of Versailles and Marly-le-Roi.

According to the château’s promoter Cogemad, “the splendors of Versailles embrace the high tech revolution” in this unique property. The building blends décors based on the era of Louis the 14th — gilded moldings, chandeliers, inlaid marble and hand-painted frescos — with more modern amenities such as a home cinema, an underground nightclub, squash courts and indoor and outdoor pools. The château also boasts 10 bedroom suites, a grand reception room and a great hall over which stands a 16 meter-high hand-painted ceiling dome.

The château is the work of Ema Khashoggi, a Saudi businessman who employed 200 people to build the lavish home, using extravagant materials such as 13 different types of marble and 15,000 sheets of gold to adorn the house’s ornate mosaic floors, painted ceilings and decorated walls and surfaces.

The property was sold by Daniel Féau, an agency specializing in luxury real estate and part of the Christie’s international real estate network and was purchased in September by a Middle-Eastern buyer. Its hefty sum trumped the previous record of 147 million pounds paid for a London penthouse last year, the equivalent of 218 million US dollars.