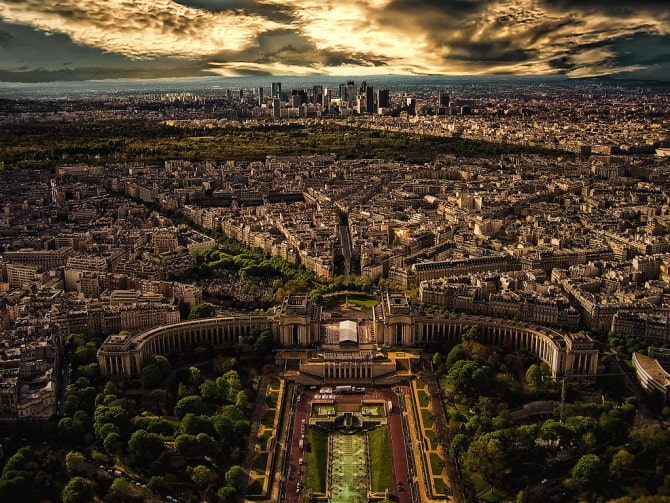 Property prices are experiencing a net increase in Paris and its region, leading to a renewed dynamism of the market. Parisian notaires remain cautious however, warning that it is too soon to judge whether the recent price increase will persist. The return of buyers is good news for the Parisian housing market, which is experiencing new levels of activity after many months of uneasy inertia. Property prices in the capital have been following the same upward slope.

In their recent analysis of the property market, the Notaires of Paris and Île-de-France note that the current rise in prices may well settle in the capital at least until the end of the fall. In three months, the price of the average Parisian square meter rose by 0.7% to settle at 7980€/m2 at the end of July. The situation is similar throughout the Île-de-France region, where the average price rose by 0.7% for apartments and 1.8% for houses over the same period. This renewed growth is expected to last at least until November. However, the notaires hesitate to take a stand on the market’s future too early. Their analysis reads: “It would be premature to conclude that a lasting trend reversal will occur where prices are concerned, as recent developments are still irregular and only slightly apparent.” This growth is also “too recent to fully rectify price declines calculated over a year.” Indeed, property prices continue to experience an annual decrease of 2.4%, for both houses (-2.6%) and apartments (-2.1%). Nonetheless the report does predict prices rising above the 8000 euros per square meter mark in October (8090€/m2) before decreasing slightly in November (back down to 8060€/m2). At the moment, the notaires place the average price of a home in Île-de-France at 295,400 euros. It stood at 229,300 euros at the end of July, and the notaires’s projections see it return to 233,000 euros by the end of November. As is often the case, the fate of the market now depends on buyers. Their recent return has been the main driver of rising prices of late. Indeed, while interest rates on loans have hit record lows, they are set to rise in the near future and this has been the deciding factor for many property purchasing candidates. Consequently, sales volumes soared between May and June compared to the same period last year, with 45,800 homes changing hands in Île-de-France, a 23% increase on the number of transactions undertaken between May and June 2014. Despite the notaires’ restraint towards ruling too early on the durability of the price increase, the certain revival of the Parisian market has given real estate professionals a reason to feel optimistic about the future once again [link to PPG realtors optimistic article when live?]. In order to aid buyers to determine prices in their selected neighborhoods, Capital.fr has prepared a set of color-coded maps for each arrondissement precisely charting new price brackets as well as differences from one specific area to the next.   Photo credit: Wikimedia Commons / José Luis Mieza