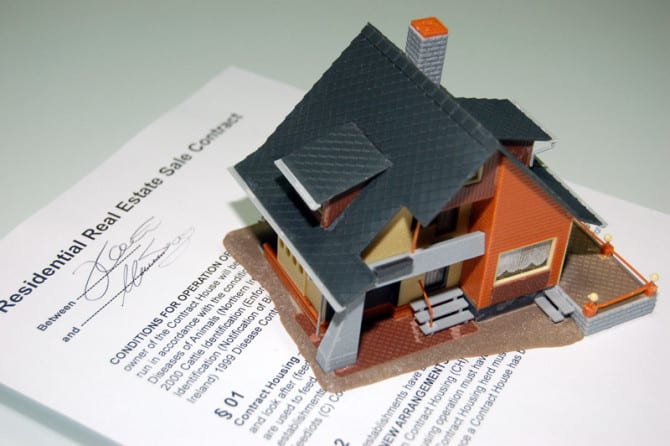 The time frame to decide whether to go forward with buying a property in France after signing a promesse de vente, or preliminary contract, has been extended from 7 to 10 days under the Loi Macron.

As of August 8th, residential real estate buyers in France will have 10 days after signing the initial purchase agreement to withdraw from their purchase without penalty. The withdrawal period, established to provide the buyer with a sufficient period of reflection, applies only to non-professional buyers. Previously, the period was 7 days. The change was one part of the Loi Macron, which was adopted on 10th July of this year.

The 10 days are calculated from the day following the signing of the preliminary agreement, or the day following receipt of the signed agreement if the buyer was not present at the signing. This is common for international buyers who sign via a procuration — by proxy. For them, the withdrawal period begins from the day after they receive the agreement delivered to them in their home country. Thus their withdrawal period can ultimately extend 2 weeks after the signing took place.

Whether present at the signing or not, notification of withdrawal must be sent by registered letter with acknowledgment of receipt. If the withdrawal period expires on a weekend or holiday, the deadline is extended until the following working day.

There are two types of preliminary agreements that can be signed between the buyer and the seller. A promesse de vente commits the seller to sell, but allows the buyer to walk away from the deal for any reason. If he does so after the withdrawal period has expired, he will have to pay the seller 10% of the value of the property as indemnity.

A compromis de vente is a promise not just to sell but also to buy. The seller can accept the 10% indemnity but, if he chooses, can instead sue for specific performance forcing the buyer to make good on his promise to buy. This is not always practical, so in this respect the two usually have the same outcome.

For the seller the retraction window adds uncertainty. The initial agreement is typically signed weeks after the buyer’s offer has been accepted and by then the buyer is usually fairly certain of their purchase. While the addition of three more days doesn’t bring the buyer much, it does set the seller back additional time if the buyer decides to pull out.

Indeed, Paris notaire Pierre-Alain Conil believes that “the seven day period was already substantial”, adding that he has never encountered a client buying a property who deemed it too short. It was also well accepted by sellers. Conil admits to “struggling to grasp the point of this extension of the withdrawal period, especially within the context of a law meant to free the economy and facilitate transactions”.

Still, according to Miranda Bothe, founder of Paris Property Group “there are situations where it can be useful for the buyer to have the extra time”. For instance, “where the seller has only incomplete or inaccurate information, or the buyer has renovation plans and information about what is or isn’t possible on the property is hard to confirm, a few extra days can be of help”.

The Macron project initially suggested doubling the period, from 7 to 14 days, but outcry from real estate brokers and agents cut four days off the proposed extension.

Other changes brought about by the Loi Macron affecting real estate include the obligation for all residential housing in France to be equipped with a smoke detector. Application of this law has been deferred to January 1st 2016 as manufacturers — of course in favor of the change — have struggled to meet the surge in demand and to equip the country’s 33.9 million homes.

One other change under the law is to limit the right of citizens to ask for a building to be demolished if it was not erected in accordance with the building permit. Proponents claim that abusive demolition requests over the years have resulted in slowed construction of new housing. Going forward, demolition requests will only be considered on illegal constructions on land susceptible to flooding, heritage sites or national parks.