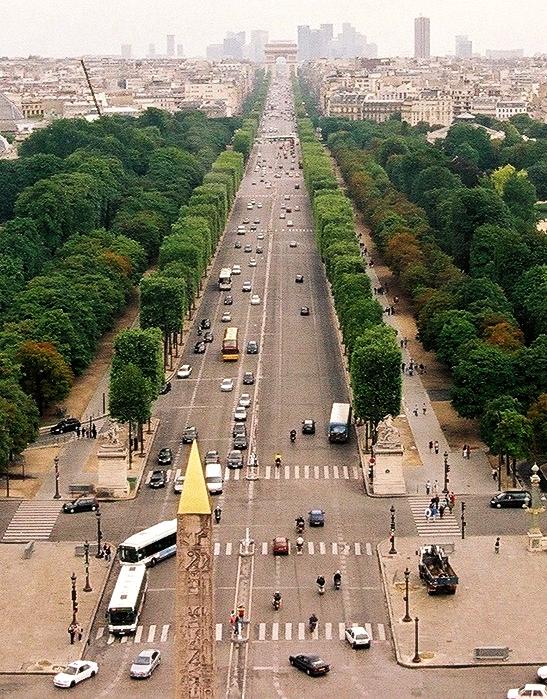 The Avenue des Champs-Elysées is the most expensive location in Europe for retail rental values, and the 6th most expensive world-wide, according to a new report.

Main Streets Across the World studied annual rental values in 330 prime retail locations. The most expensive street in the world is New York’s Upper 5th Avenue at €29,822/m2/year (equivalent to $3,500/sq.ft./year).

The Champs-Elysées in the 8th arrondissement (district) runs for almost two kilometers from the Place de la Concorde to the Arc de Triomphe. It is one of the most popular tourist destinations in Paris, with some 25 million visitors per year. Both domestic and foreign retailers prize its commercial real estate highly.

Popular brands including Adidas, Benetton, and Gap rub shoulders with upscale stores such as Louis Vuitton and Guerlain. The French department store chain Galeries Lafayette has recently said it will take over the former Virgin Megastore on the Champs-Elysées, which closed in June 2013. Owned by a Qatari fund, the 9,000m2 building is one of the biggest retail surfaces on the avenue.

The report says that luxury retailer demand in Paris generally, combined with the finite supply of prime retail spots, continues to exert upward pressure on rental values. The report expects trading conditions to continue to improve as the Eurozone economy recovers.

Paris architecture: Step back in time to the magic of the Belle Époque
A carefree period of unprecedented economic prosperity and industrial progress, la Belle Époque stretched from the end of the 1870s to the outbreak of the First World War in 1918.  In art, this time period was marked by the development of Art Nouveau and a certain need for ornamental opulence, the traces of which can […]
Search
Find us on
Facebook
Get the PPG Monthly newsletter