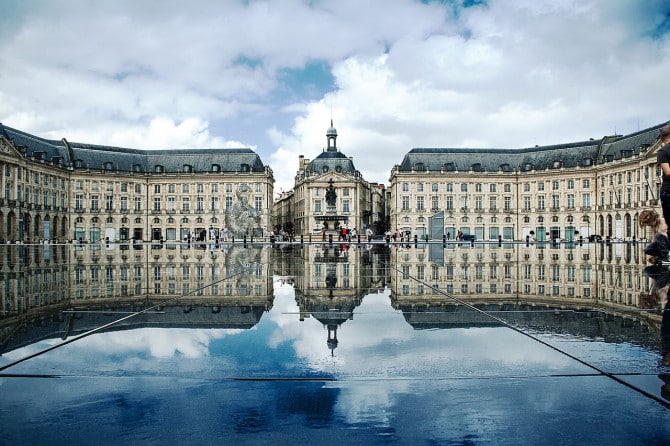 A new study ranks Bordeaux’s real estate as most attractive in France. One of the priciest French cities, Bordeaux’ property market is thriving, due in part to several urban development projects undertaken in recent years.

Previously nicknamed the “Sleeping Beauty,” this qualifier is no longer valid for the newly dynamic capital of the Aquitaine region. Indeed, Bordeaux’ property market has risen from its slumber to top real estate rankings in France.

Real estate agency network Guy Hoquet and surveying institute CSA recently published a study ranking real estate investors’ preferred cities in France. The report placed Bordeaux at the top of the list with 35% of people surveyed expressing an interest to live in the southwestern city and 30% intent on buying bordelais property. Following in the top five were Aix-en-Provence, Toulouse, Montpellier and Nantes.

Quoted in the report, Bordeaux realtor Jean-François Hirigoyen explains that “80% of sales of primary homes involve newcomers to the region, mainly Parisians who want to stay in an urban environment while owning charming stone houses with gardens”, and mentions the particular cachet that Bordeaux property has in the eyes of buyers and investors.

According to Florence Metairie, Guy Hoquet realtor in the expensive and central Saint-Seurin area of Bordeaux, the city chiefly attracts families from abroad as well as from Paris, charmed by the prospect of renovating “old stone houses with pool gardens” in “quiet neighborhoods” ideally located between the city center and countryside and close to all amenities, schools and transport links.

Officially renamed “the Bordeaux metropolis” as of 1st January 2015, the city has risen to first economic center in the southwest. World center of the wine industry, home to 80,000 students and boasting a picturesque port and historic center listed by UNESCO, Bordeaux has a number of attractive attributes explaining investment appeal.

Spurred on by its long-standing mayor Alain Juppé, the city began a long string of development works in the early 2000s, which saw its façades refurbished, its banks remodeled — with 550 km of cycle lanes added — and its transport system updated with three new tram lines created. As of 2017, the Euratlantique urban development project and new high speed train link will be completed, reducing Bordeaux-Paris travel time to two hours.

Where real estate is concerned, the city plans to build 60,000 new homes around the station by 2030 to welcome the 100,000 new residents expected to flock to the appealing port city.

According to Guy Hoquet’s report, stable prices in the city center average out at 3000 to 4000 euros per m2. A price map of Bordeaux precisely detailing cost per square meter in various areas of the city is available from Capital.fr.