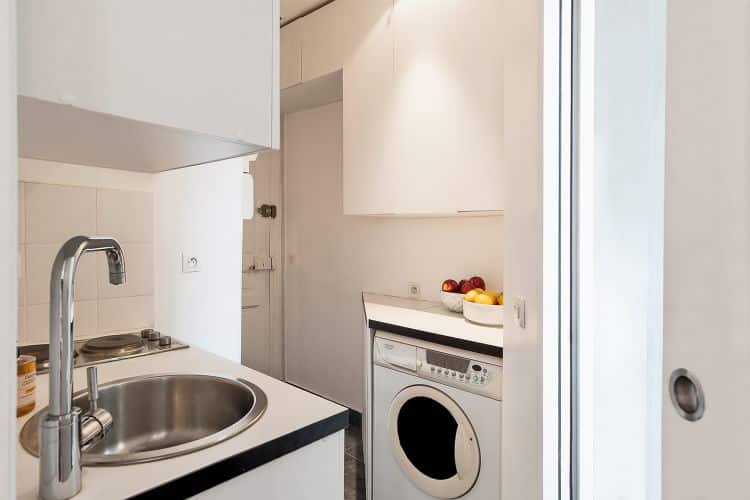 What Can the Paris Real Estate Market Expect With Hollande as President?

With François Hollande as President, the first Socialist President elected since Mitterand, many are wondering how this will affect property values and taxes, as well as what other changes might be in store.

Hollande’s platform is to put an end to austerity measures, close tax loopholes, and decrease unemployment, but he has shed little light on his plans for the real estate market.  What we do know is that Hollande has spoken of imposing rent controls based on establishing reference prices, city by city. Also, Hollande intends to multiply social housing. He expects the construction of 150,000 social housing per year against 90,000 in 2011.

Hollande’s announced plan to raise taxes on those who make more than 1M euros per year to 75% is rumored to have spurred a handful of wealthy French residents to consider relocating outside of France. While some may ultimately pursue this tax strategy, we don’t envision enough people abandoning their friends, family and lives in France to create any glut of properties on the market.    In fact, wealthy foreign buyers account for much of the high end property market in Paris and they are not impacted by income tax in France.

With the Paris real estate market at the forefront of news last year for its record jump in prices, potential buyers are wondering if those levels can be sustained.  But don’t forget that the market needed to catch up following two years where the world-wide credit crunch virtually shut down the real estate market.  Though conditions have eased since then, allowing the market to rebound, France has always kept a tight rein on credit and this, coupled with relatively high closing costs on property purchases, discourages speculators and prevent the kinds of housing bubbles seen in other markets in 2009-2010.

Despite some uncertainty following the election and the ongoing Eurozone crisis,  the Paris real estate market should continue to set the gold standard for safe investments. Paris still fits the fundamental criteria for prime property investments: a sought-after location with scarce supply, transparent legislation and high resale potential—and with prices below those in London and just above New York, Paris still offers exceptionally good value.

People buy residential property abroad for three main reasons: relocation, investment and enjoyment.  Lifestyle buyers, or lifestyle and investment buyers, are not particularly concerned about the Euro. They tend to want to spend time in the locations they are buying and know that in the long run they will hold value, whatever the currency.

French real estate investment funds go shopping in Paris
French SCPI funds are confirming their expanding role in the property investment landscape in France. In the first quarter of 2015, SCPI capitalization overall reached €29.9 billion, according to figures published by fund monitor MeilleureSCPI.
Paris clamps down on short-term rentals
In an unprecedented move, Parisian officials swept through 98 buildings and visited 1868 apartments over three days in the French capital that they suspected of being illegally rented out short term to tourists.
New Build Sector in France Yields Positive First Quarter
Figures published on May 21, 2015 by L’Observatoire de la Fédération des Promoteurs Immobiliers de France (FPI), show an increase in sales of 10.4% for the first quarter of 2015 for the new build real estate sector in France, compared to the same period in 2014.
Paris to Convert a Third of Its Underutilized Office Space into Residential Housing by 2020
In another significant step intended to invigorate the city, Paris Mayor Anne Hidalgo has pledged to transform 250,000 square meters (m²) of Paris offices into residential housing by the year 2020.
Greening up Paris, one small space at a time
If there’s a downfall to building a city slowly over 2000 years, it’s that nobody thought to reserve the space for a large park in the city center. Unlike the center stage enjoyed by Manhattan’s Central Park or Berlin’s Tiergarten, Paris’ biggest and best parks are, by contrast, at the fringes of the city. But […]
Paris’ Montparnasse neighborhood to get a facelift
The Montparnasse neighborhood of Paris will undergo a major transformation by 2020, by way of a series of major urban renewal projects slated to begin early next year. ‘We need to re-humanize the face of the neighborhood,’ said Jean-Louis Missika, the deputy mayor in charge of urban planning
Could Paris be adorned with vertical forests and parks by 2050?
Imagine the high-rise buildings of Paris clothed with trees and gardens, transforming the city into a green landscape. This is the idea outlined in a recently published study, Paris Smart City 2050.
Search
Find us on
Facebook
Get the PPG Monthly newsletter