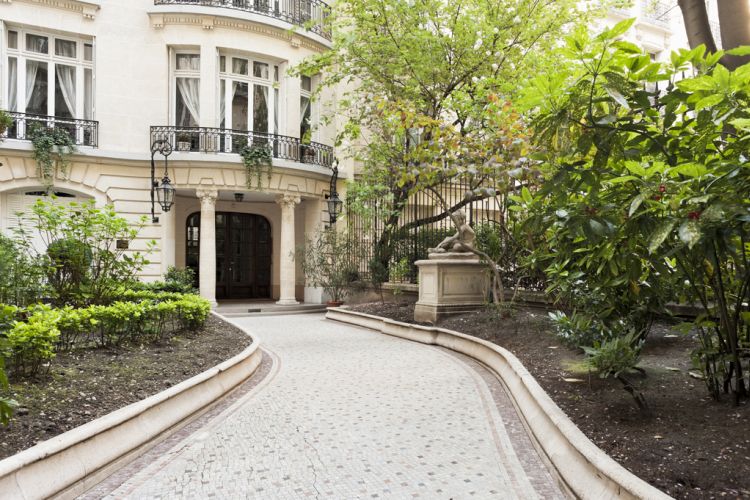 Beginning in 2012, if your net wealth in France exceeds €1.3m, the total value is subject to wealth tax.  Previously €800K could be exempted, but not anymore.  If your property is valued at less than €1.3M no wealth tax reporting is required.   The good news is that taking a mortgage to keep under this threshold is one way to ensure protection.  Only mortgage debt and presumably other valid third party debt may be taken into account.

One important change affects the popular strategy of holding French real estate in an SCI.  Going forward, when valuing the shares of a real estate holding company, such as an SCI, shareholder debt may no longer be taken into account.  This neutralizes a typical planning strategy, namely, designating a significant share of the cost of the real estate on the books of the SCI (or other form of holding company set up for that purpose, such as an LLC), as “shareholder loan”.

Before the advent of the New Law, the shareholder loan was considered debt in valuing the shares of the holding company, usually resulting in a negative value for the SCI shares and hence no wealth tax on those shares.  This strategy is no longer effective since only legitimate debt, such as a mortgage, is now allowed.  This change is retroactive, so real estate holding companies (defined as companies whose assets consist predominantly of real estate) set up in prior years must be revalued when determining the value of the holding company for wealth tax purposes.  For more information see the memo on our blog.

French real estate investment funds go shopping in Paris
French SCPI funds are confirming their expanding role in the property investment landscape in France. In the first quarter of 2015, SCPI capitalization overall reached €29.9 billion, according to figures published by fund monitor MeilleureSCPI.
Paris clamps down on short-term rentals
In an unprecedented move, Parisian officials swept through 98 buildings and visited 1868 apartments over three days in the French capital that they suspected of being illegally rented out short term to tourists.
New Build Sector in France Yields Positive First Quarter
Figures published on May 21, 2015 by L’Observatoire de la Fédération des Promoteurs Immobiliers de France (FPI), show an increase in sales of 10.4% for the first quarter of 2015 for the new build real estate sector in France, compared to the same period in 2014.
Paris to Convert a Third of Its Underutilized Office Space into Residential Housing by 2020
In another significant step intended to invigorate the city, Paris Mayor Anne Hidalgo has pledged to transform 250,000 square meters (m²) of Paris offices into residential housing by the year 2020.
Greening up Paris, one small space at a time
If there’s a downfall to building a city slowly over 2000 years, it’s that nobody thought to reserve the space for a large park in the city center. Unlike the center stage enjoyed by Manhattan’s Central Park or Berlin’s Tiergarten, Paris’ biggest and best parks are, by contrast, at the fringes of the city. But […]
Paris’ Montparnasse neighborhood to get a facelift
The Montparnasse neighborhood of Paris will undergo a major transformation by 2020, by way of a series of major urban renewal projects slated to begin early next year. ‘We need to re-humanize the face of the neighborhood,’ said Jean-Louis Missika, the deputy mayor in charge of urban planning
Could Paris be adorned with vertical forests and parks by 2050?
Imagine the high-rise buildings of Paris clothed with trees and gardens, transforming the city into a green landscape. This is the idea outlined in a recently published study, Paris Smart City 2050.
A European Court ruling will result in France reimbursing millions of euros to foreigners overtaxed on real estate sales and rentals
Since August 2012, non-residents who sell a property in France, or derive income from property rentals, have had to pay social charges totaling 15.5% on the net capital gain or the income. A recent judgment by the European Court of Justice (ECJ) has overturned this rule.
Search
Find us on
Facebook
Get the PPG Monthly newsletter