Between renovations, and line extensions: the Paris metro network has not finished reinventing itself. Since January, two new stations have appeared, driving up real estate prices.   Line 4 of the Paris metro, which served Paris from Porte de Clignancourt to Montrouge Town Hall, has been extended since January to the town of Bagneux (Hauts-de-Seine). Initially scheduled for the end of 2021, the opening of these two stops has taken a little delay. They are named after two women: Lucie Aubrac (the French resistance fighter), in the Martyrs district of Châteaubriant, and Barbara (named after the interpreter of the Aigle Noir), which is located between Montrouge and Bayeux.

A rise in property prices nearby

According to a study conducted by the website Meilleurs Agents, the extension of line 4 with these two new Barbara and Lucie-Aubrac stations, caused price increases of 32.6% and 38.4% respectively around these two stops. It now costs 8,084€/m2 to settle around Barbara station, i.e. 2,905€/m2 more than the average rate observed in Bagneux. While it takes 5,953€/m2 for the Lucie Aubrac station, or 774€/m2 more than the city average. You have been warned! 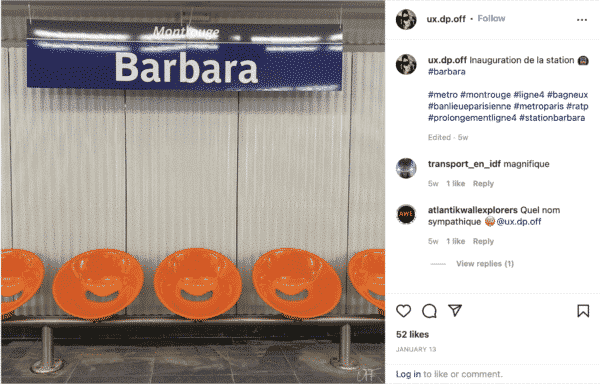