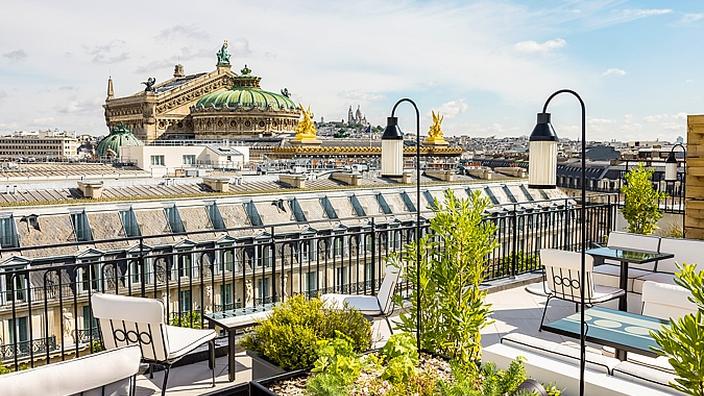 Let’s celebrate its history, its know-how, its elegance. Four very chic hotels are awakening the capital.

At Opera, the Kimpton Saint Honoré in its majesty

Less famous than its big sister in Pont-Neuf, the former Samaritaine branch dedicated to luxury and couture located 27-29 boulevard des Capucines, has just been converted into a 5-star hotel by the American group Kimpton. A nugget of Art Nouveau architecture (facade now listed as a historical monument), it used to welcome women of the world who liked to dress and go out. It is this “cultivated, joyful, in tune with the times” spirit that interior designer Charles Zana has brilliantly combined with the present. We fell in love with the Montecito restaurant (open 7 days a week) and the Sequoia bar on the roof.

In Pigalle, the ultra-secret Soho House 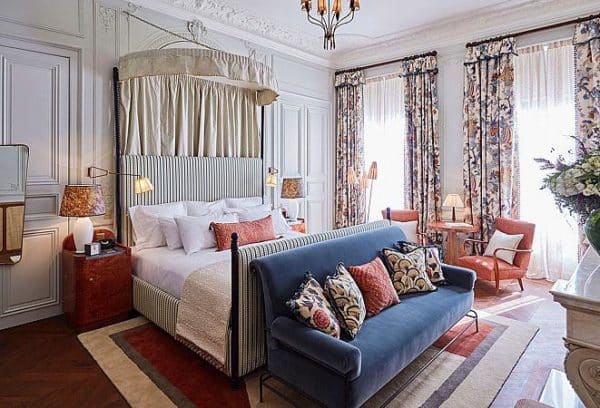 One of the 36 rooms of the Soho House, with its four-poster bed, its moldings, gilding and its Louis XV style furniture, echoing the grandeur of Versailles. Soho House / Press Photo

No sign. Nothing suggests what is happening behind the doors of 45 rue La Bruyère, where the Cocteau family once lived. What is the point of revealing your identity when only members of the Soho House private club (annual subscription: 1,800 €) can enter this hotel? In this discreet temple of cool chic and bohemian style, the moldings and the Hungarian point parquet interact with contemporary works of art and vintage heather furniture. Designed in the spirit of the 30 other houses of the English hotel group, the Parisian address has 36 rooms, a bar-restaurant in a flowered patio, an outdoor pool and a gym with sauna and hammam. Highlight of the show: a cabaret with walls covered with red velvet, as secret as the bowels of Pigalle.

At the Louvre, a discreet Madame Rêve 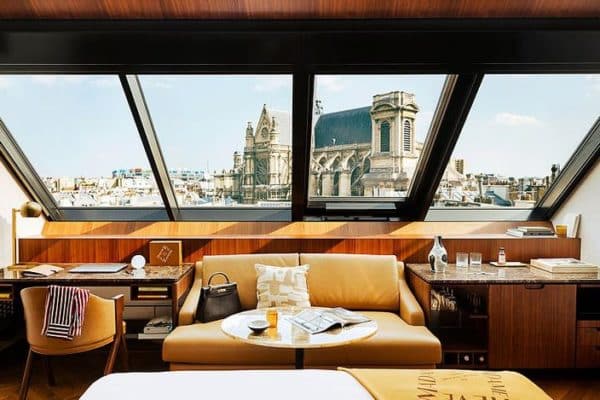 Don’t imagine a spectacular entrance or a have-you-seen-me lobby! You enter Madame Rêve, the Louvre post office hotel, through a back door located at 48 rue du Louvre. After crossing the threshold, we are invited to a luxurious walk through the history of Paris, from the 19th century to the present day. A golden brown setting exalting the know-how of the best French artisans. Woodwork, parquet floors, made-to-measure furniture… Some of the 82 rooms and suites offer views over the capital to swoon. The rooftop is a marvel. Two restaurants, Madame Rêve Café and La Plume, intend to reconnect with the splendor of yesteryear and the melody of Parisian life.

Madame Rêve. Room from 450 €. Opening at the end of October.

In Saint-Roch, a magnetic Château Voltaire 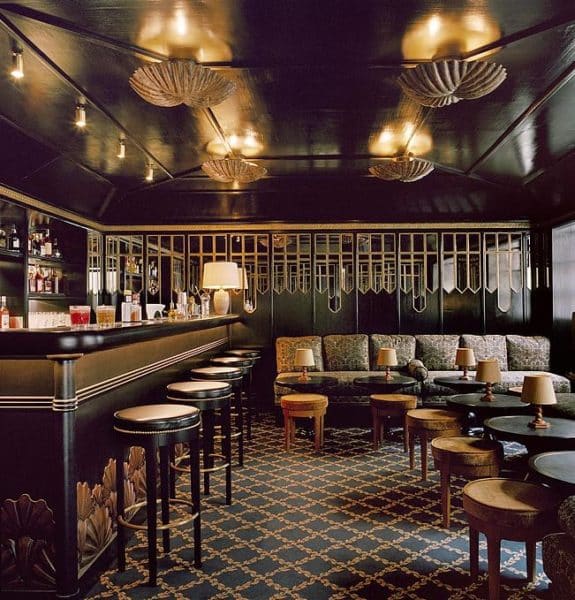 We have been waiting for the Zadig & Voltaire hotel for years… but, if we needed to, we would wait even longer. The Château Voltaire, which opened on October 5 in the former headquarters of the fashion brand, has nothing to do with the latter except that the two brands have the same founder: Thierry Gillier. Nestled in three buildings from the 17th and 18th centuries, the 32 rooms, the apartment, the Emil restaurant and the La Coquille d’Or bar surprise with their very cinematographic retro atmosphere. The artistic direction was inspired by films by Sautet or Chateau Marmont. The objective: to create an effervescent and magnetic place of life and the mark was strongly struck.