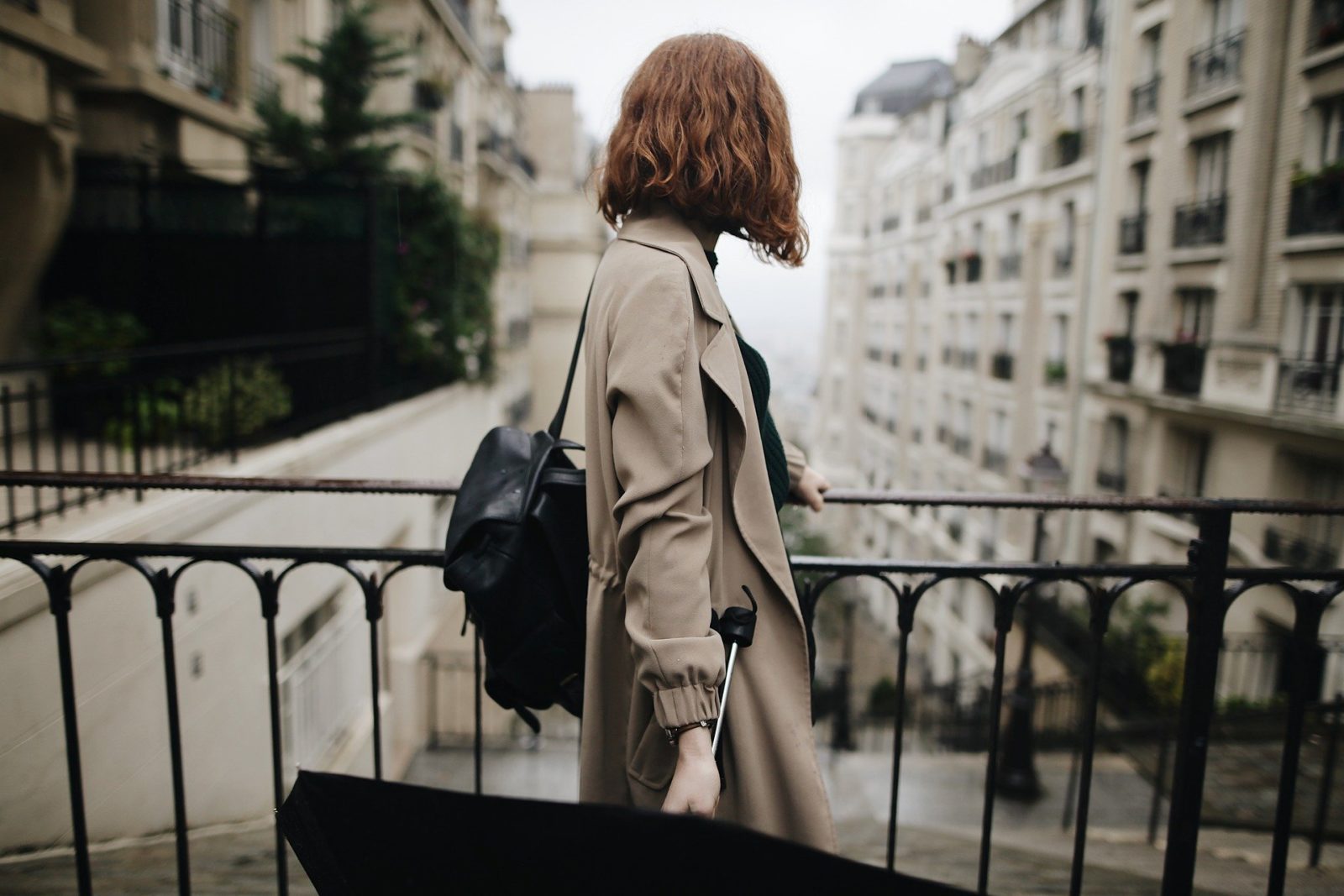 A Real Estate Divide Is Setting In

Parisian prices dropped 1% in one month, the erosion continues. At a rate of 10,275€  per m², intra-muros prices are continuing their slow decline that began in August 2020. This trend seems to be accentuating over the weeks since the start of the school year. In just one month, the capital has indeed seen its prices drop by 1%. Unheard of since 2014, when the real estate market was in the middle of a downward cycle! Especially since no category of real estate is spared from this phenomenon; small spaces falling by 1% and large by 0.9%. Forget about the price stability of spring 2021, confirmed by the notaries in their November economic report, now is the time to go down.

Far from being trivial, this sharp drop in prices is bringing Paris back to its pre-health crisis levels. As a reminder, in January 2020, the Parisienne stone buildings were around 10,300€  per m². An amount quickly erased by buyer euphoria following the release of the first confinement and the realities of that time just up until the end of August 2020.

Since then, the capital has no longer been successful with buyers, who have purchasing power and money, and are in search of space and greenery. This has caused prices to slow down by around 3.4% in just fourteen months. If a return to 10,000€ per m² seemed hard to believe just a few weeks ago, the acceleration of this movement could be a game-changer. A further 2.7% drop in prices would suffice to drop below this symbolic threshold. However, this could happen in less than three months if the downward pressure continues at the same pace as it is now. A credible scenario, even though the months of December and January are known to be rather dreary periods on the real estate calendar. However, we will certainly have to wait until spring, an often decisive period and which sets the tone for the year, to know whether the phenomenon is set to continue. In addition, it will also take a few more weeks to appreciate the effects of a possible fifth wave of the Covid-19 epidemic.

Real estate at half mast in large cities 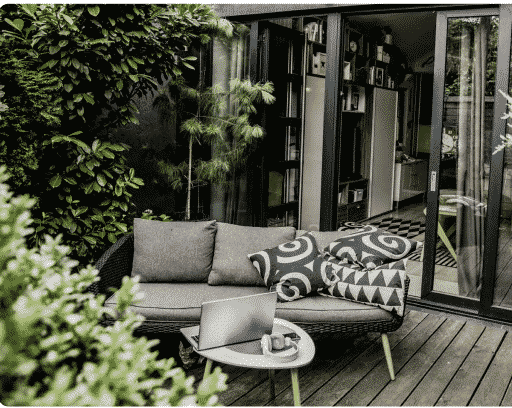 Gloom is setting in in the ten largest cities in France. With the exception of Marseille, where prices rose 0.9%, all of them saw their prices practically stagnate during the month of November. Some have remained in the green, but in a timid manner. Like Toulouse (+ 0.2%), Rennes (+ 0.2%) and Montpellier (+ 0.1%). The others have all turned red. But again, without excess: -0.2% in Nice, Strasbourg and Bordeaux and -0.1% in Lyon, Nantes and Lille.

A sluggish market, the result of sluggish demand. The Real Estate Tension Index (ITI) of Best Agents shows a further decline in the number of potential buyers. Eight of the eleven main French metropolises (Paris included) now show a surplus of buyers compared to the number of sellers of less than 10%. As for the other three, they have a slightly higher ratio (10% in Strasbourg, 12% in Nice and Lille). All these parameters bear witness to a return to market equilibrium as observed twelve months ago.

The big surprise of the month comes from Nantes which, for the first time, has a zero ITI, while there were more than 25% more buyers than sellers at the start of 2020. While the transactions are delayed the handover times are lengthening. While it took barely 42 days for a property to change hands in April 2021 in Nantes, it is currently at 58 days, sometimes even 74 days. However, the drop in prices observed in the Loire-Atlantique prefecture is still moderate and in no way erases the price explosion recorded since January 2015 (+ 57%). Of the three locomotives in the big city market, it is therefore the second – after Strasbourg this summer – that is experiencing a sudden slowdown. A strong signal that all the major agglomerations of France are on the way to stabilize.

The price of houses is increasing twice as fast as that of apartments, while real estate in large French metropolises is struggling today, this is far from the case in the rest of the country. Indeed, the French market has seen its prices increase by + 4.8% since the start of the year. And it is more particularly the popular houses that see their prices increase twice as fast as those of the apartments (+ 6.1%, against + 3.2% since January 1). Moreover, house prices in rural areas are still on the rise. Since January, they have increased by 8.3% (+ 0.8% in the last month alone).

At the same time, buyers’ disenchantment with large cities mainly affects peri-urban areas. The large suburbs of the 10 largest cities in France have experienced a price increase of + 1.8% since the start of the school year, when city centers saw their prices stagnate (+ 0.3%). The Paris region is the best example. While prices in the capital have fallen by -1.7% for 3 months, they have climbed at the same time by + 1.5% in the inner suburbs. 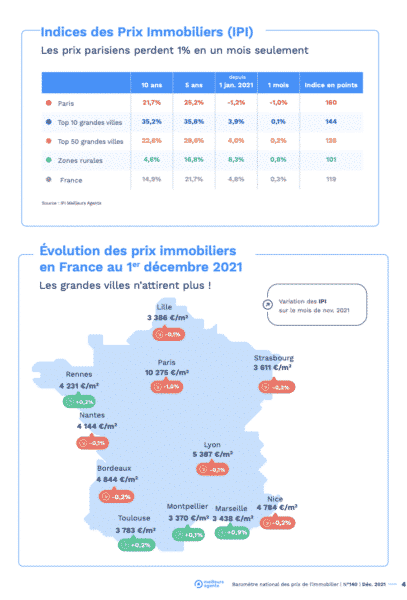 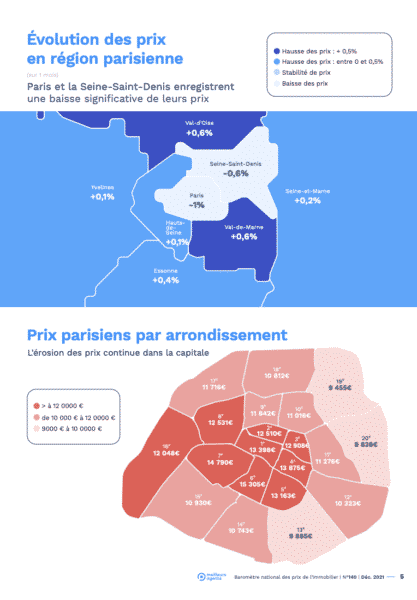