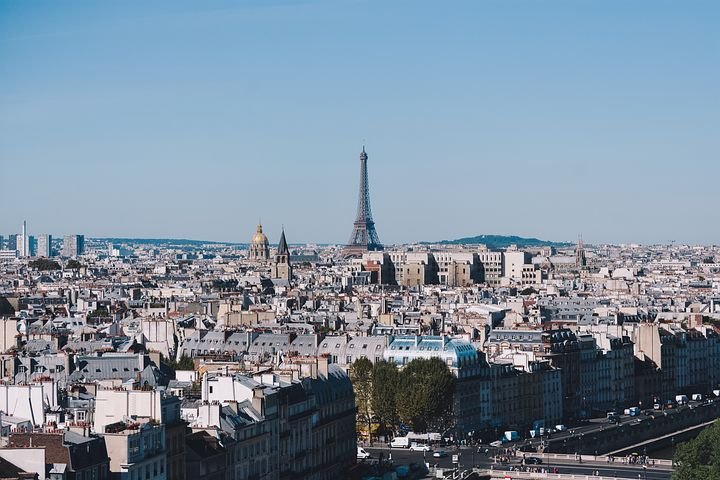 The number of existing housing stock sold in the Paris region has not recovered to its pre-confinement levels. The capital is also affected by a fall in real estate demand, according to Meilleurs Agents. However, this isn’t stopping prices from rising in the capital, and even more so in the inner and outer suburbs.

The arrival of the Rentrée marks a slowdown in the real estate market. But while September is “traditionally quieter in terms of transactions,” the health crisis as well as an unprecedented drop in demand are seen to be the main reasons for the slowdown. According to Meilleurs Agents’ Real Estate Tension indicator (ITI), there are only 6% more buyers than sellers in the capital. Demand is declining everywhere in France and “the buying fever of spring and summer appears to be over,” observe the study’s authors.

In their latest economic report, the Notaries of Greater Paris confirm the rebound in transactions between May and July 2020. Even though sales have greatly increased post-confinement, they are still below sales figures of 2019.  Perhaps oddly, his has not prevented prices from rising everywhere in Île-de-France.

Sales: 20% decrease compared to 2019. Despite the 40,800 properties of existing housing stock sold between May and July 2020, the number of homes sold is still 20% lower than the amount sold over the same period in 2019. Between July 2020 and July 2019, there has been a drop of 18% of apartments sold and 24% for houses. The explanation is all about timing. Sales for the month of July 2020 correspond to the preliminary contracts signed at the height of the confinement.

The inner and outer Parisian suburbs are becoming more attractive places to live. Paris shows a more marked decline in sales (- 24%) than the inner suburbs (- 20%), and especially compared to the outer suburbs (- 18%). Are Ile-de-France residents looking for greenery and space? Are the prices too high? Perhaps. In any case, analyzing the research carried out by users of the PAP.fr site during this period shows that urbanites want bigger for less, with more greenery, even if it means moving away from the center of the metropolis. A short lived trend or here to stay? Let’s check back in a couple of months to see if the notaries have accurately read the trends.

City dwellers in need of greenery

Prices continue to climb… While the number of properties have fallen, the price of existing housing stock continues to rise in Ile-de-France. Obviously, the lockdown did not affect this aspect of the market. On the contrary! According to the Notaires of Greater Paris, the average price of apartments in July stood at 6,598 € / m² (+ 6.8% in one year), while houses were sold at the 325,800 € per unit (+ 4.3% in one year). As for Paris, the price per square meter increased to € 10,680 in July, up 7.5% annually. However, the notaries note a slight slowdown with a quarterly increase “of only” 1.5% and 0.8% after adjusting for seasonal variations.

New real estate: towards a shortage in Paris and Ile-de-France?

In the Paris region, the rise in prices for existing housing stock is mainly due to lower supply than demand. We can’t rely on enough new property to rectify the situation. 4,000 new homes were put on the market in the second quarter of 2020 according to a survey by Adil 75, a drop of 60% compared to the same period of 2019. Even if sales fell by 47% during the confinement period (6,007 under contract), there are still more buyers than sellers, which continues to drive prices up.  28,376 new homes were available at the end of June 2020, down 28% over one year.

Paris, the market of all extremes. In the capital, 56 new construction homes were put on the market in the second quarter of 2020, a drop of 65% compared to the second quarter of 2019. At the same time, 87 new construction properties went under contract, i.e. 2% more over the period. 514 new properties are being marketed at the end of 2020. The average price per square meter stands at € 12,914 (+ 6.6% over one year). Fewer than 400 sales of new construction are expected to be recorded this year in Paris. Compared to sales of existing housing stock, which is expected to approach 30,000 transactions. In short, the new home market remains and will remain tight in Paris, due largely to a lack of buildable land.