Paris architecture: 10 of the capital’s most beautiful hidden courtyards

From busy avenues and boulevards to quaint cul-de-sacs, alleyways, and side streets, a stroll through the capital city is always a bit surprising.  Be on the lookout for these gorgeous secret courtyards on your next outing around town: these unique hidden gems provide the perfect interlude of peace and quiet from the hustle and bustle of the capital. 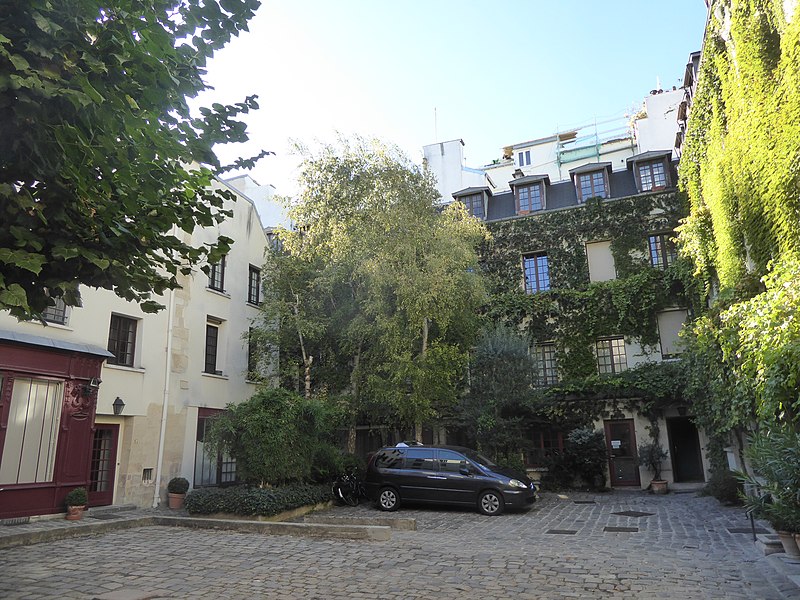 Although eastern Paris is full of courtyards both big and small, as well as other passageways, the rustic Cour du Bel-Air, at 56 rue du Faubourg-Saint-Antoine, stands out for its unpretentious, authentic charm.  We love the climbing Virginia creeper and lilac vines that blossom on the buildings here.

Looking for some peace and quiet around Place de la Bastille and Rue de Lappe?  Head to this pretty courtyard, whose entrance opens directly onto the square.  Here, industrial buildings from the Paris of yesteryear, disjointed cobblestones, and a few touches of greenery will be your only companions. 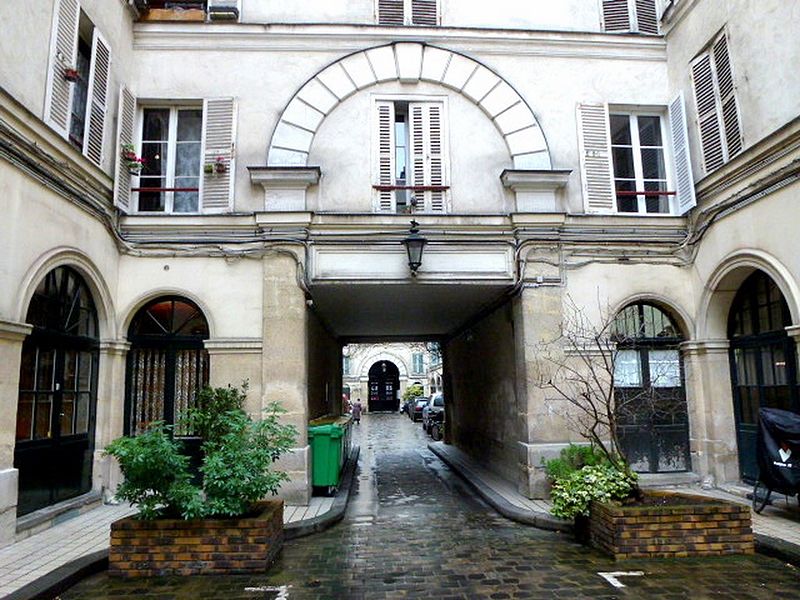 Located a stone’s throw from Gare de l’Est, this gorgeous passage, actually made up of three connected courtyards, is without a doubt the quietest spot in the whole neighborhood.  We could only dream of living here!

Probably the most famous courtyard on the list, the Cour du Commerce Saint-André, in the heart of Saint-Germain-des-Près, is one Paris’s most historic sites.  It was here that Le Procope, the oldest café-restaurant in Paris, was established in 1686.  It is also where the first guillotine was made and where Marat installed the printing press for his political newspaper.

Neighboring the cour de Commerce Saint-André, the court de Rohan is much harder to find. Although this private courtyard is only accessible with the precious help of a resident, the effort is well worth it: frozen in time, this very green courtyard is a delightful reprieve from the hustle and bustle of the 6th.

Nested a stone’s throw from the ever-lively Pigalle and Boulevard de Clichy, the Villa des Platanes is a special treat for those lucky enough to enter.  Within this complex of six ultra high-end buildings from the 19th century, and behind a gate that is unfortunately often locked, several small courtyards and even some private gardens are tucked away in seclusion. 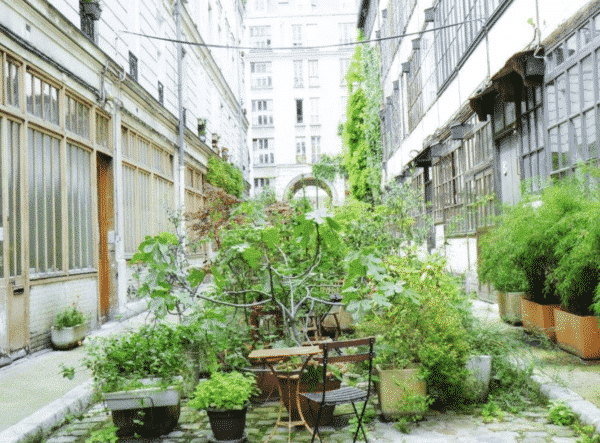 The Cour de l’Industrie, located in the heart of the Faubourg Saint-Antoine neighborhood, is home to many artist and artisan workshops.  Although recently renovated, this cobblestone courtyard seems to have remained unchanged for centuries. 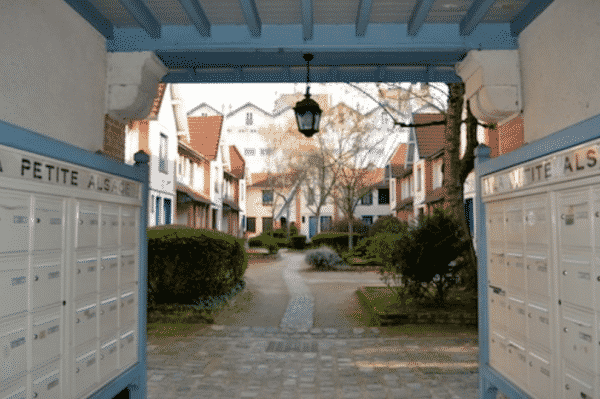 Nestled not too far from the Butte-aux-Cailles neighborhood and the parc Montsouris, la Petite Alsace is an old working class housing development from the early 20th century, built around a courtyard of about 500 m2.  The small detached houses that make up the development are reminiscent of both Alsatian and Norman architecture, which come together here to create a very harmonious and picturesque treat for the eyes. 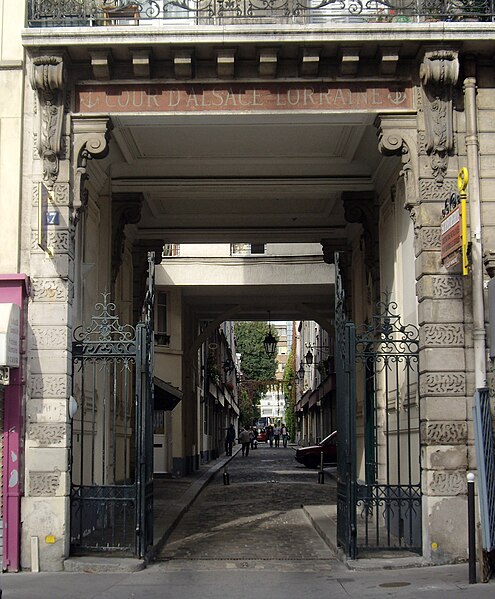 Although the name of this courtyard, tucked away near place de la Nation, closely resembles that of the previously listed one, its style is quite different.  Thanks to the many colorful workshops that line the Cour d’Alsace-Lorraine, this secluded lane is often considered one of the most colorful streets in Paris.

This former working class housing development on rue Oberkampf has everything you could want in a hidden courtyard in Paris: endless vegetation, colorful and eclectic buildings that make our eyes pop, small architectural details to discover here and there and, of course, precious peace and quiet in the middle of a lively neighborhood.  The Cité du Figuier is best discovered in spring or summer, when its abundant vegetation is in bloom. 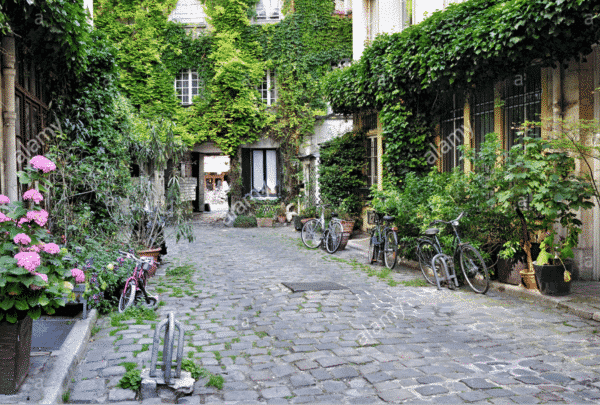 THE AREA TO THE EAST of Bastille, the Faubourg Saint-Antoine, was traditionally a working class neighbourhood with a focus on craft industries. Its proximity to the Seine with its plentiful supply of wood saw the area develop into an important centre for the furniture industry, which it still is today.