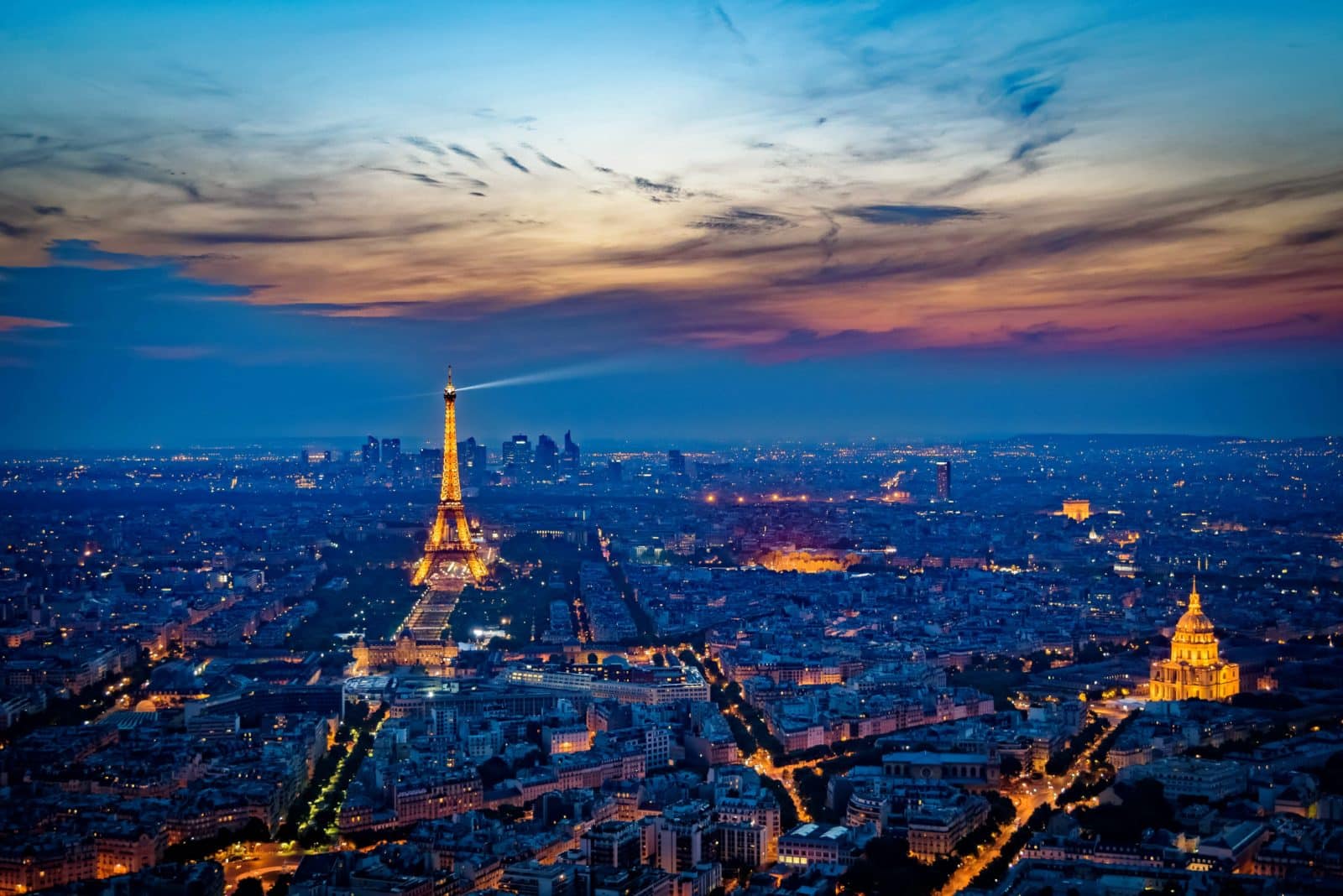 Paris ranks 7th in the world for innovation and 8th for talent, according to the 2019 Innovation Geographies study by real estate broker JLL.

Real estate broker JLL recently released their yearly Innovation Geographies study, revealing the world’s most innovative cities as well as its current “talent hotspots”.  In the 2019 study, Paris ranked 7th for innovation and 8th for talent, standing out not only for its R&D spending (slightly above the average GDP percentage), but also for its patent applications, especially those from companies that are as present in Tokyo as they are in Paris.  Tokyo generates the largest number of patents in the world, beating second-place Shenzhen by over 80%, while Paris is largest generator of patents in Europe.  Although the capital is not higher in the ranking, it is mainly due to international and venture capital investment volumes that are lower than its economic ranking. 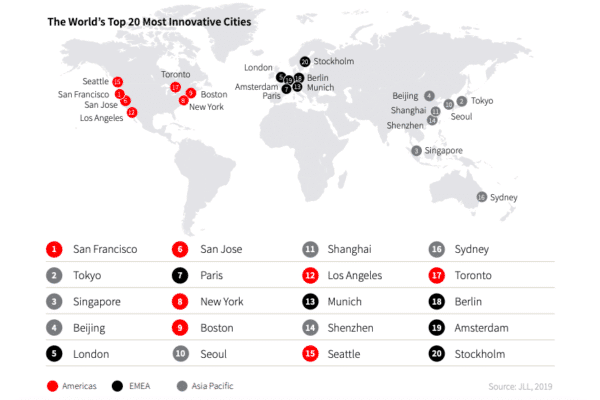 But money isn’t everything: to innovate in today’s world, cities must also attract talent.  And this time, Europe takes the cake, fostering more talent than any other continent thanks to first-rate education systems and a skilled workforce.  All in all, nine out of the twenty ranking cities where talent is most densely concentrated are in Europe, with London in first place, Paris in 8th, and Oslo in 9th in terms of number of employees working jobs in innovation. 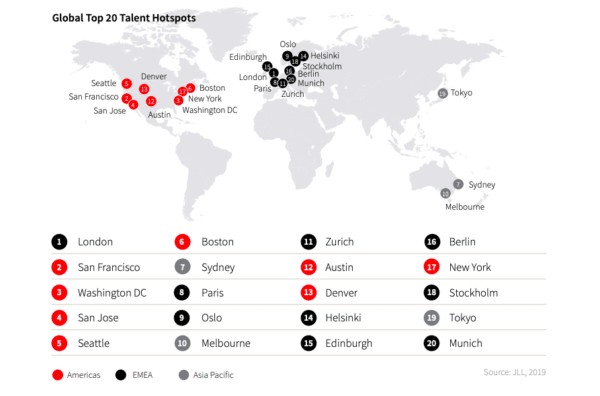 According to a similar study in 2019, the Global Competitiveness and Talent Index by Insead and Adecco, Paris was ranked 9th for the quality of its universities, 2nd for its environmental initiatives, and 3rd for its entrepreneurial spirit.  “The state of mind – check out Station F, major Paris startup hub – as well as the many government initiatives in place for startups, are a significant factor in attracting talent,” explains Christophe Catoir, Chairman of the Adecco Group in France.  Xavier Niel’s Station F, the world’s largest incubator, supports nearly 1,000 startups on a daily basis from its campus in the 13th. Paris City Hall has already built 100,000 m2 of space for more incubators and plans to open an additional 10,000 m2 by the end of the year. According to Paris&Co, there are nearly 10,000 start-ups in the Paris region.

Paris remains ever-attractive for global companies, which continue to relocate to the capital. More than one million square meters were put on the market last year. This centralization effect, combined with a scarcity of large premises, is pushing prices and offers up over increasing larger surface areas. IT consulting firm Murex, for example, has rented the 16,600 square meter Freedom building in the 17th, while asset management firm Lazard has chosen to settle into 11,000 m2 at 173 Haussmann in the 8th. Other major companies invested in the capital as well, like Chaumet, Freshfields, Diot, Lacoste, and Leboncoin.