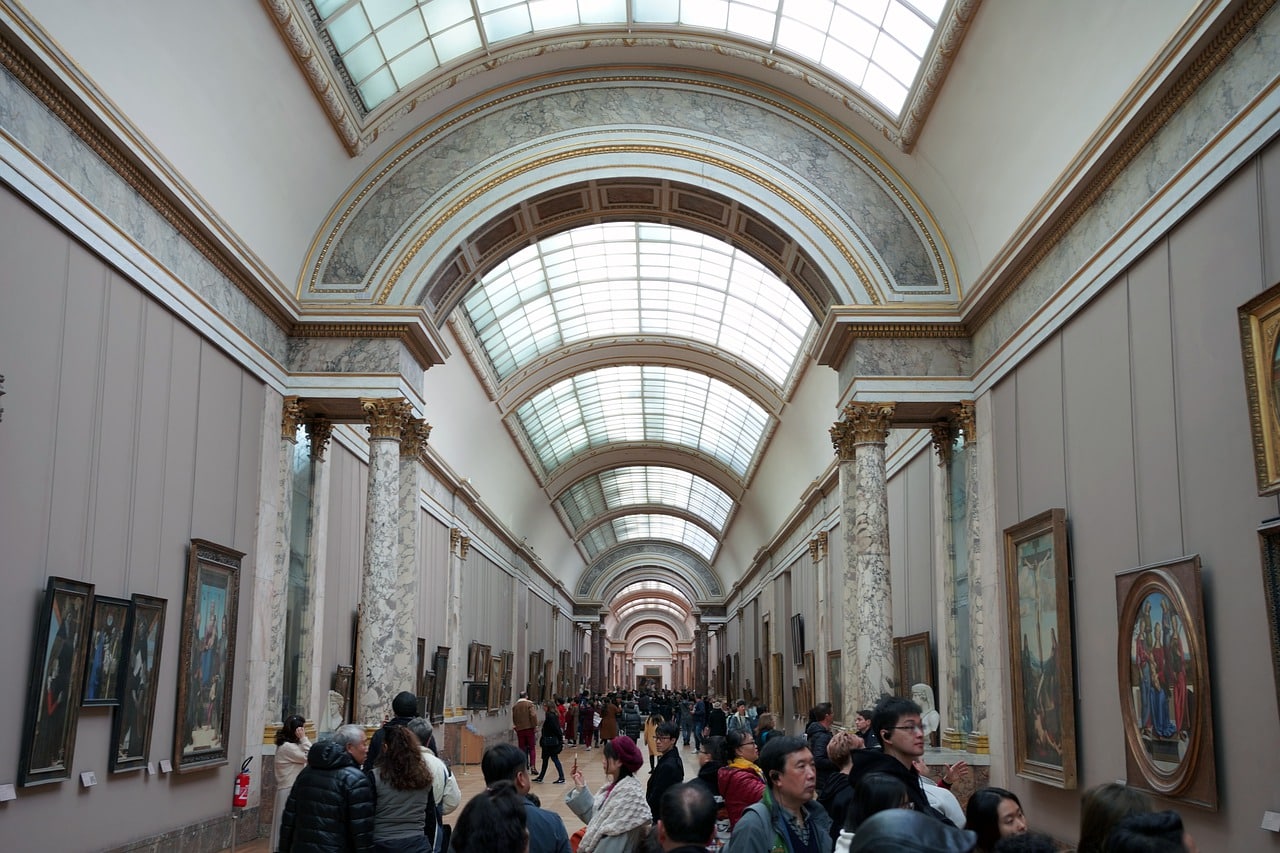 There is a wide array of new exhibits beginning in October, ranging from contemporary art, photography and more traditional painting. 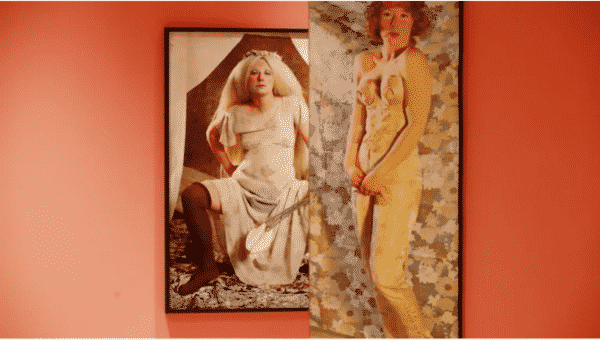 The arrival of Cindy Sherman’s artwork in Paris should have made headlines, as through her artwork, she provides fascinating insight into America and American life. However, due to the current pandemic, less people are going to museums and the museums themselves are forced to introduce new sanitary measures including making visitors reserve their time allocated slots in advance. However, with this comes certain benefits, the museums are less crowded which encourages one to spend more time in front of each artwork. Following the white arrow marked on the ground, the visitor takes a tour beginning with the mythical Film Stills from the artist’s early days to the giant tapestries she makes now.

Cindy Sherman’s sincerity, her audacity without regard for good taste and propriety form the backdrop of the exhibit. The scenography in color and mirrors by Marco Palmieri creates alveoli in which to meditate, to confront. All these artists : Boltanski, Messager, Rineke Dijkstra and Samuel Fosso seem to belong to the same space. 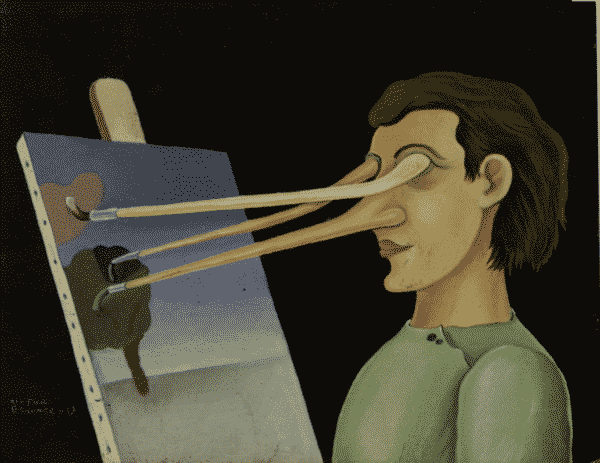 Victor Brauner’s exhibit is nothing short of fascinating, due to its contrasting and invigorating palette, its power of imagination and the sheer character of its artist. Born in Romania in 1903, Victor Brauner died young, one-eyed and worn out after years of belt-tightening, in Paris in 1966, the year he represented France at the Venice Biennale. He joined the surrealist group in 1933, painted the Portrait of André Breton on a green background, with a slightly twisted pout, in 1934 (one of the highlights of the Breton sale to Drouot in 2003) before being excluded from the group in 1948. Dreams, eroticism, chimeras, cats, ex-votos are just some of the ingredients that make up his magic potion. 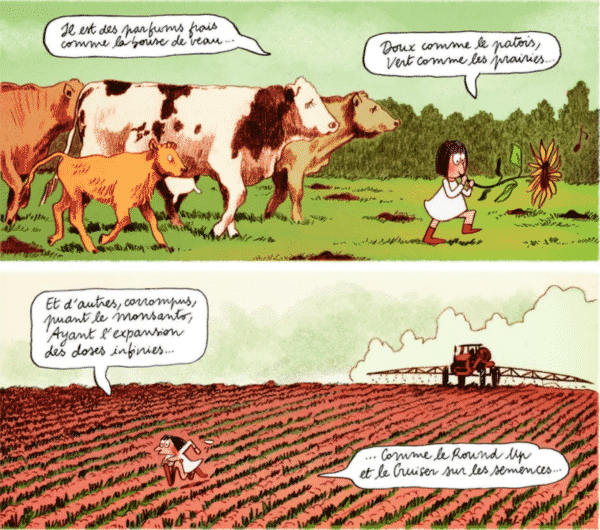 Last January, a great wind of modernity blew through the Academy of Fine Arts when the designer Catherine Meurisse made her debut in the chair of the painter Girodet. The author of La Légèreté, survivor of the Charlie Hebdo massacre, quickly adapted to being the first woman comic book designer chosen in the painting section. She presents a fascinating exhibition in Beaubourg “La Vie en Dessin” where she, in the tradition of Claire Brétecher, Reiser or Riad Sattouf, captures the world as it is. This exhibition at the BPI, intelligent and didactic, allows one to take in all the complexity and energy of Catherine Meurisse’s work, which is created thanks to a great dose of talent, a touch of irreverence and a big swig of freedom. Already in Mes Hommes de Lettres, characterised by her free and spirited style, the designer had “repainted” the Lagarde and Michard in the colors of her desires. She had made erudition rhyme with humor. This is exactly what “La Vie en Dessin” shows to the delight of its visitors.

To paraphrase Shakespeare, there was something golden in the State of Denmark. The first half of the 19th century was a golden age of painting. The artists, often trained in Rome, and sometimes great explorers of the Orient, met and exchanged in the workshops of Copenhagen, at the Academy or out in the open. Their delicate portraits of bourgeois families, Arcadian landscapes and of booming towns and ports, both realistic and fantasmatic, can be viewed in a temporary exhibit at the Petit Palais. “Everything is magic in everyday life” said Andersen. An exquisite dive into the past.

The Golden Age of Danish Painting. On until January 3 at the Petit Palais, avenue Winston-Churchill (8th). 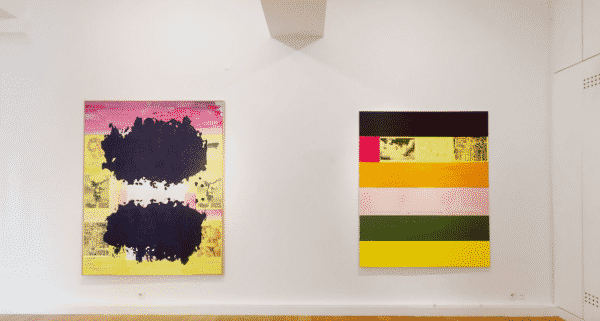 A neo-expressionist painter of the “Neue Wilde”, featured in museums, from Basel to Munich and from Strasbourg to Paris, Helmut Middendorf is the exact contemporary of the late Martin Kippenberger (1953-1997). After a first prolific period in the 1980s and 1990s, this artist reinvented himself by drawing on contemporary architectural, artistic and advertising culture. He created a database for himself from which he draws material for his collages, which start from the ultra-figurative to the ironic abstraction, underlined by bright color. Lemon yellow and Mohamed Ali, shocking pink for the too beautiful, snowy white for the vain….Sophie Scheidecker’s eye is nourished by modern art.

Four leafy terraces to check out this autumn in Paris
Check out these 4 terraces that are perfect for having an aperitif or tapas while enjoying the autumn sun in the capital.     Mun The spot ? This is Laurent de Gourcuff’s newest restaurant for the Paris Society group. This terrace, located above the Galeries Lafayette Champs-Elysees, has a view over the most beautiful […]
Search
Find us on
Facebook
Get the PPG Monthly newsletter