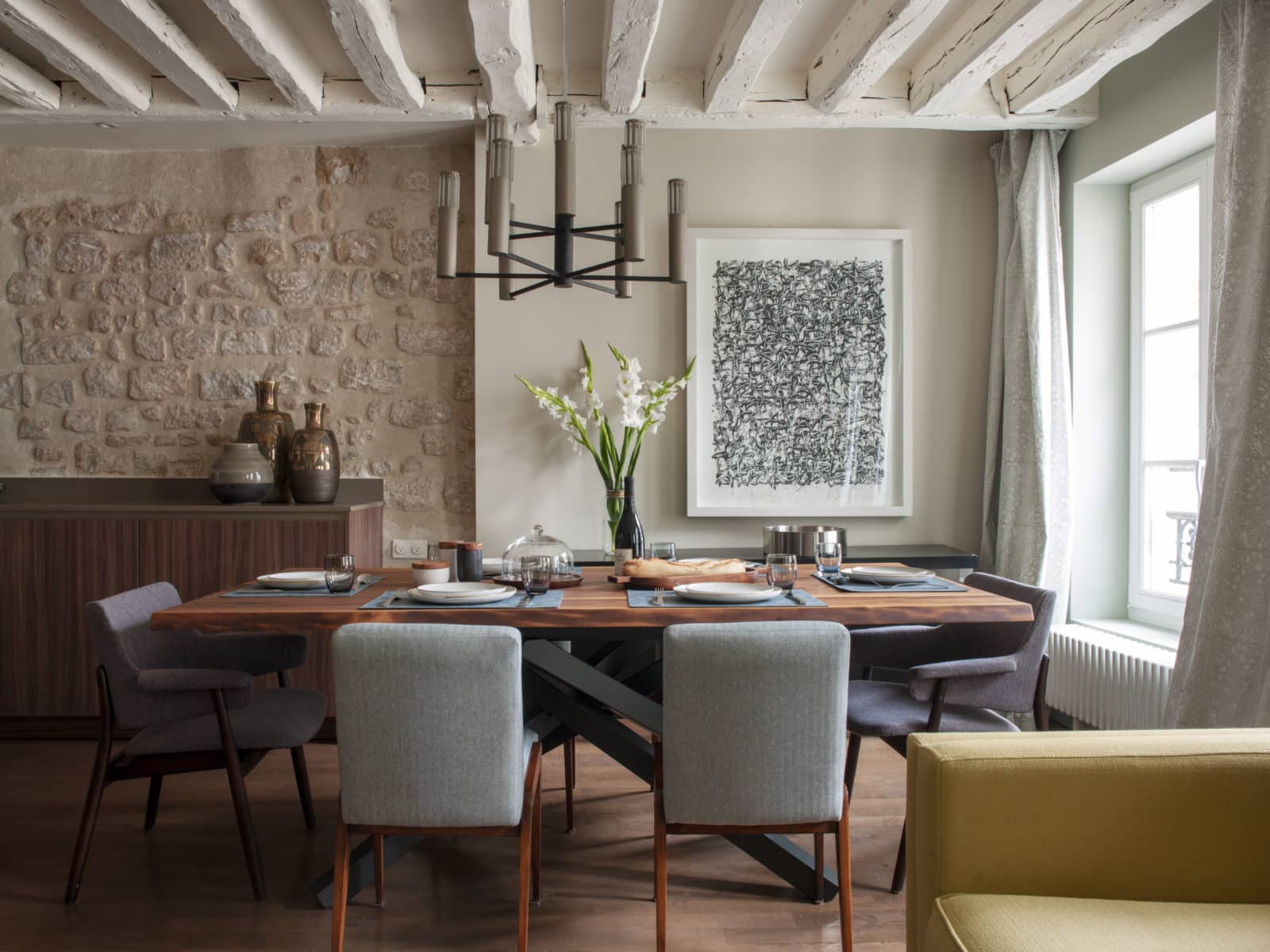 Case Study: Renovating an apartment in Paris can be easy with the right help

Undertaking a renovation in the capital is more feasible, and reasonably priced, than ever.  However, some homeowners find that the actual groundbreaking can be the most unnerving part, especially in historic Paris apartments.  But while any structural issues and surprises may seem alarming, they certainly don’t have to be, and a good, quality professional can go a long way in making the process smooth and enjoyable.

Kathryn Brown of Paris Property Group encourages buyers to look beyond the surface of properties: “We’ve assembled some great resources that can do amazing restoration work such as reproducing plaster moldings by hand to replace missing moldings, rehabilitating original beams, or matching gaps in historic flooring.  Often they can make spaces that have been modernized look more historic by uncovering stone walls, or adding back moldings and fireplaces that have been removed by previous owners.”

That kind of work doesn’t come cheaply, but fortunately there is quite a range of budget options for every situation, making it easy and affordable to put your own stamp on a place in Paris. 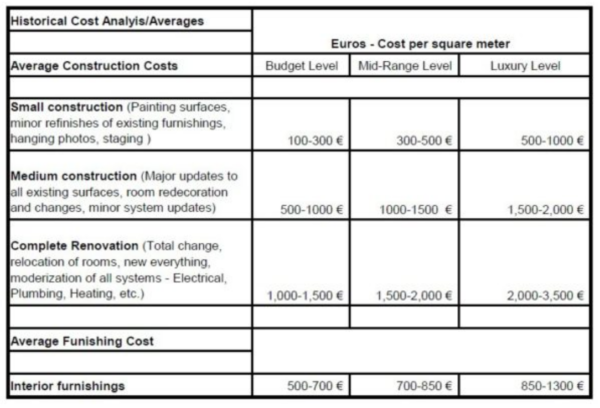 According to Jeffrey Tometich, project manager at MRL Design Studio, renovations that call for load-bearing walls to be moved or for doorways to be created, require a structural engineer – which means additional fees.  “Some architects who are competent as structural engineers may charge more than 10%, or have higher fees,” he adds.

Fees also vary based on who you hire and how many people are involved in the project.  Tometich, who alongside his partner Monte Laster, an interior designer, have fees that “are a bit higher than an architect’s, because we go much further in our services, managing the process from start to finish, and assisting with the selection of furnishings and finishes.”  Tometich also states that “obviously more people involved in the process increases complexity and thus increase costs.”

It’s also important to take into consideration some of the constraints you might have to deal with when renovating in Paris: narrow streets and staircases, language barriers, storage of materials, and protecting neighbors from the construction mess are all something to think about.

For more on the costs of renovating an apartment in Paris.

A clean modern look in an 18th century building

The duplex, located in a building dating from 1780, already had bedrooms and a bathroom upstairs, and a bathroom, WC and kitchen on the main level.  They wanted to add an en-suite master bathroom upstairs, completely redo their kitchen, WC, and bathroom downstairs, and add a fireplace in the living room.  During the project it was also found that the walls needed some repairs as well as a fresh coat of paint. 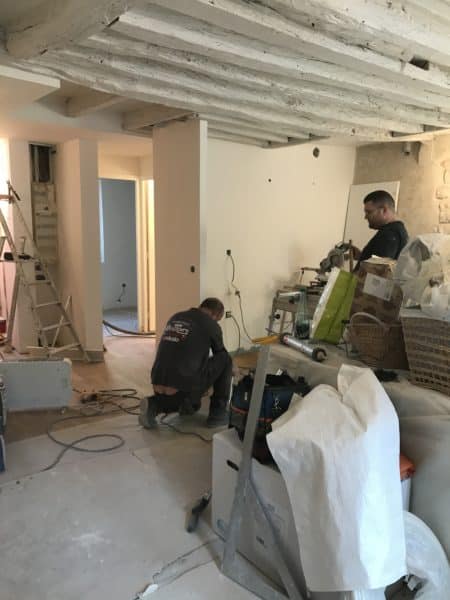 The main living space during renovation.

During demolition of the shower room, it was revealed that there was no sub-floor beneath the shower, explaining the persistent leak that the neighbor below had been experiencing for some time.  A reinforced sub-floor was poured, a vapor barrier was installed, and all plumbing was replaced.

For the new bathroom and toilet on the upper level, flooring needed to be removed, which revealed the floor joists, some of which were quite well-worn.  A few of the centuries-old beams needed replacing, and a structural engineer was called in.  The floor was also reinforced with steel for extra security. 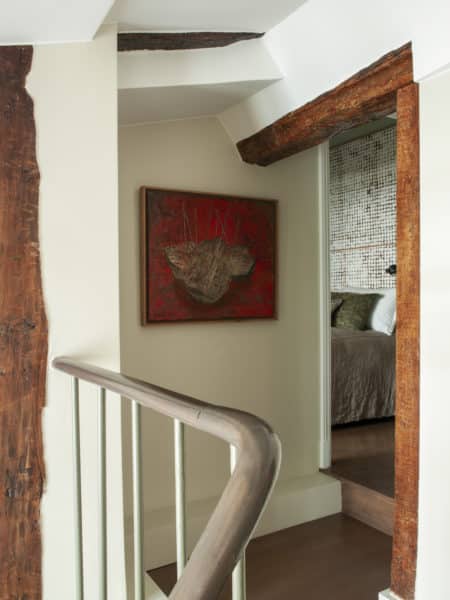 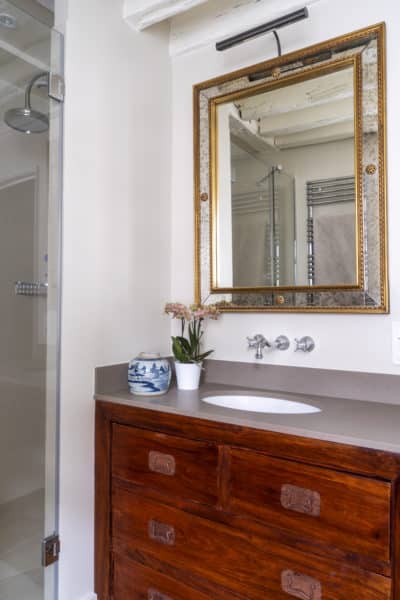 Major renovations also offer homeowners the opportunity to take overall stock of a property.  Updates and quick fixes are some things to consider taking care of during the process.

MRL Design Studio updated the electricity after discovering that it had been installed with no conduit in the walls, and was passing through wooden beams. Two leaks in the roof were also fixed after being discovered during renovations.  The clients also decided to replace their windows shortly after completion of the project, rendering the space much quieter, and warmer in the winter.

The newly redesigned and renovated space retains the historic stone walls and beams from 1780, while adding modern amenities. The finished project is a sleek mix of charm and polish. 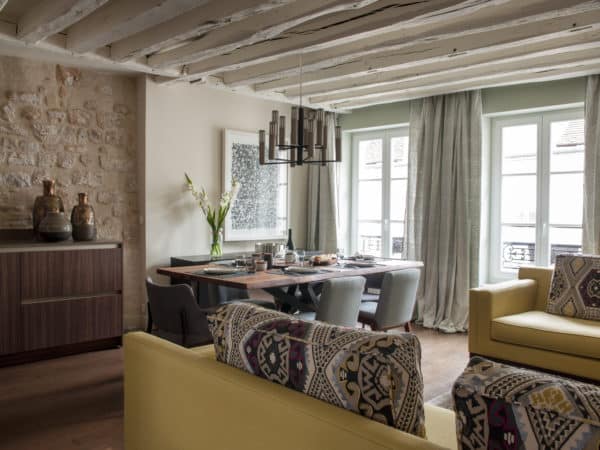 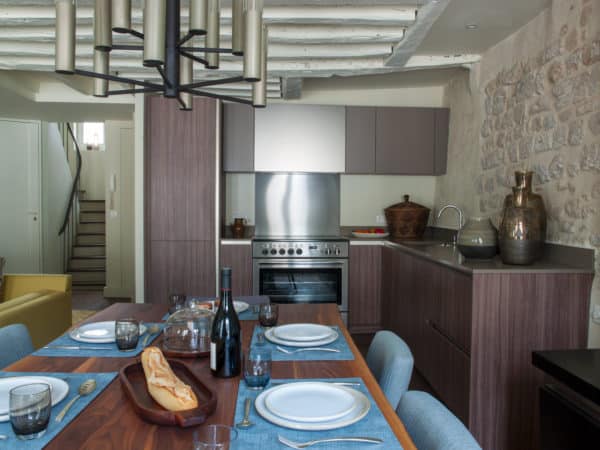 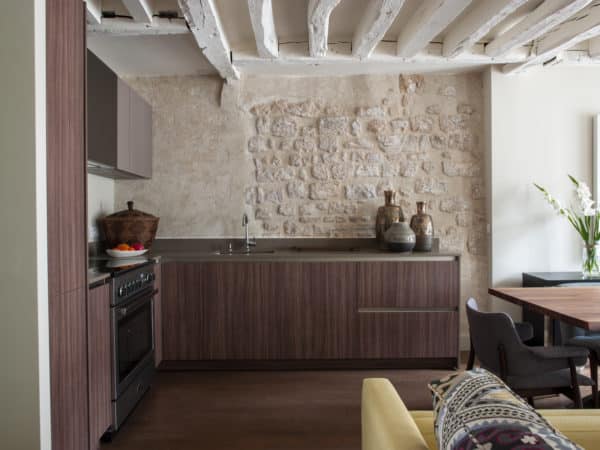 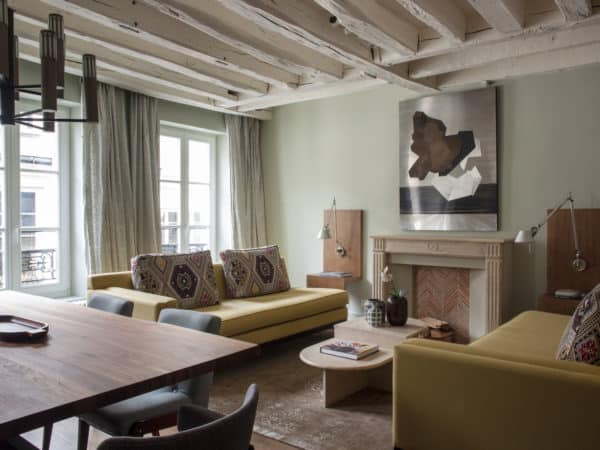 Paul indicates that the process was painless from their perspective, “It was a lot easier than we feared. This is because 1) Monte, Jeff and the team basically take care of everything and 2) the process takes place out of sight mostly, between visits, and so the construction timeline feels short.”  “If we were to do this again (and we are hoping we will) I would do it the same but agree to all the suggested renovations up front rather than trying to parse them out to keep cost down in the short run. They were basically suggesting what was needed to bring the space up to date, and other high quality upgrades.   We are thrilled with the outcome,” he says.

Although renovations in Paris can indeed offer their fair share of surprises, from the minor setbacks and small hiccups, to what might seemingly be an impossible structural issue, no problem is unfix-able.  Having the opportunity to discover the history of your own personal corner of Paris can be quite rewarding, and when all is said and done, the process can be straight-forward, stress-free, and reasonably priced.  Above all, Kathryn Brown says “We have whatever resources you need, at a budget that works for you.  We’ll see you through the process and beyond.  People buy property in Paris, so they can enjoy it – we make sure that process is fun.”