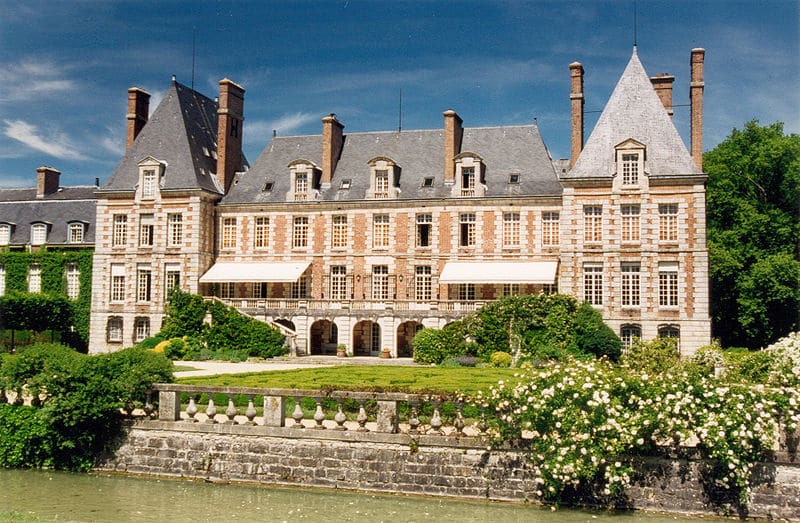 5 majestic chateaux and estates to discover outside of Paris

We all know about the Château de Versailles, but what about some of the other historic estate grounds in the Paris region?  Toeing the line between culture, history, and nature, these gorgeous manors are the perfect destination for a little break from the capital.

Situated in the heart of a small but beautiful 9-hectare English-style garden in the town of Port-Marly (about 40 minutes west of Paris), the Château de Monte-Cristo is anything but ordinary: designed by writer Alexandre Dumas in the mid-19th century, this magnificent Renaissance Revival residence is eccentric, flamboyant, and grandiose… sure to leave you wide-eyed with wonderment.

Don’t forget to explore le Château d’If, a small pavilion surrounded by water where Alexandre Dumas used to write, as well as the Moorish salon in the main building.

Nestled in the heart of the parc naturel de la vallée de Chevreuse, 35 kilometers from Paris, the Chateau de Breteuil is a great place for a nice stroll, especially for families. It is in this superb 17th century castle, surrounded by 75 hectares of walkways, gardens, mazes, and playgrounds, that the musée Grévin has installed 50 wax figures straight out of the many fairy tales of Charles Perrault. An ideal escape for the young and old alike.

Be sure to keep your eyes peeled for the eight scenes from the “Tales of Mother Goose” scattered throughout the estate, and don’t forget to check out the medieval dovecote on the water’s edge and the mosaic of boxwood shrubs in the gardens.

Le domaine de Villarceaux is a historic and extremely well-preserved estate situated in the charming valleys of the Vexin français, about sixty kilometers northwest of Paris.  This grand, 70-hectare garden, maintained by the Île-de-France region since 1989, boasts a château in the style of Louis XV, surrounded by medieval-style outbuildings and Renaissance gardens, complete with several ponds and canals.  Best of all, visiting this eclectic yet harmonious estate is 100% free of charge.

Be sure to visit the three remaining buildings of the historic fortified castle: the outbuildings of the manor house, the tour Saint-Nicolas, and the pavillon de Ninon; and don’t miss the upper terraces of the castle, which offer a stunning panoramic view of the gardens and the surrounding countryside!

Feel like a quaint country stroll?  Head to the château de Courances, located in Essonne, about 50 kilometers south of Paris.  Although the castle itself, built in pure Louis XIII style, is well worth the detour, it’s the many gardens that really make this estate stand out as one of the most beautiful in the Paris region.  There is both a traditional French and an Anglo-Japanese garden, as well as a magnificent forest you can walk through with stone bridges and picturesque ponds.

Don’t miss la foulerie, an old hemp mill that has since been transformed into a tea room,

located within the forest.  It’s a great place for a quiet break in the heart of the park.

The château de Vaux-le Vicomte is one of the most appreciated and well-known estates in France for a reason.  This XVIIth century masterpiece, located not far from Melun, about fifty kilometers southeast of Paris, not only served as a model for the Palace of Versailles, but it is, above all, the work of one of the greatest classical architects, Louis Le Vau. On top of it all, the immense French garden that surrounds the château, covering an area of 500 hectares, is the work of none other than André Le Nôtre, landscape artist of the gardens of Versailles, as well as the gardens of Chantilly, Sceaux, and Meudon.

Be sure to head up and see the internal wooden framework of the dome, as well as its lantern, located on the top floor of the château, which offers a stunning 360° view 25 meters above the estate.

France’s largest post office begins a new chapter
The legendary Poste du Louvre (Louvre Post Office), in the heart of Paris, is getting a makeover: the site will soon be home to a surprising mix of offices, apartments, boutiques, and a luxury hotel.  The building itself will remain in the hands of La Poste and will retain some of its postal activity, although […]
Search
Find us on
Facebook
Get the PPG Monthly newsletter