The most colorful streets in Paris

Parisian architecture is gorgeous with its Haussmannian buildings, but its streets tend to be rather neutral compared to other large European cities.  Paris being Paris, however, the capital of course boasts some colorful hidden gems, discoverable thanks to vivreparis.fr, who’s put together a list of the city’s most colorful streets.  Now’s the perfect time to head out and celebrate the last days of summer with a stroll along any one these fun, vibrant Paris streets. 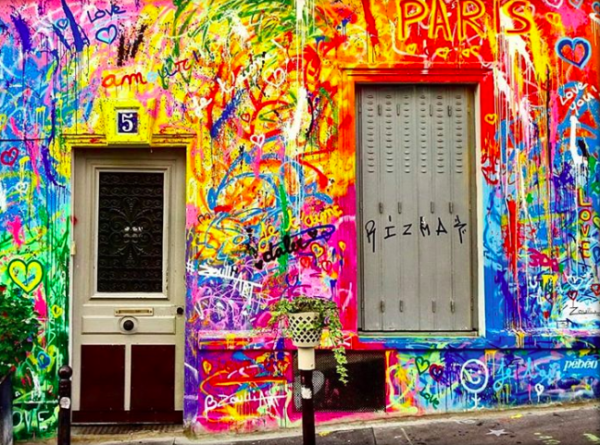 5 rue Androuet was the canvas for street artist Zouillart, who loves to juxtapose bright colors.  The pink, blue, green, yellow, and red that magnificently pop against pale neighboring buildings all invite passersby to do one thing: take photos! 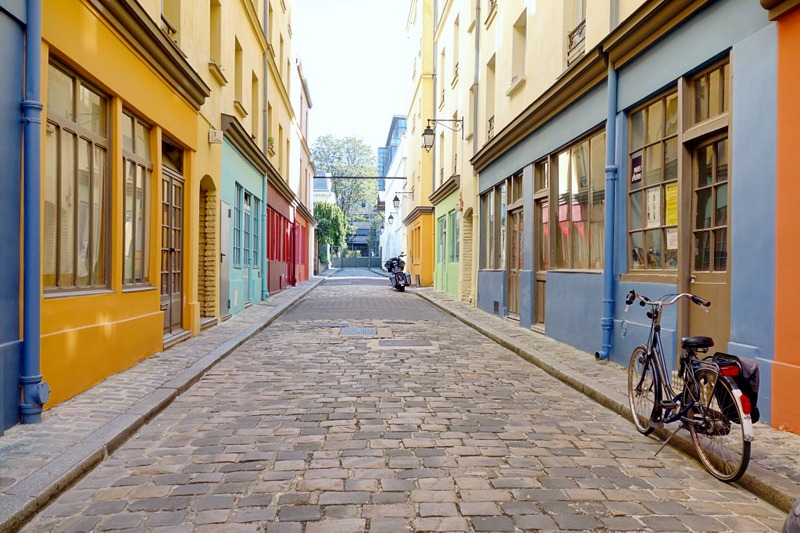 The storefronts of la cour d’Alsace-Lorraine all boast bright colors.  Reds, blues, and pinks are on display on either side of this small lane in the 12th arrondissement.

Rue Crémieux is surely the most popular Paris street on Instagram.  Everyday, groups of tourists and instagrammers come to get their photo taken here, much to the chagrin of the buildings’ residents.  Nevertheless, the street is beautiful, with a range of unique colors unlike anywhere else in the capital. 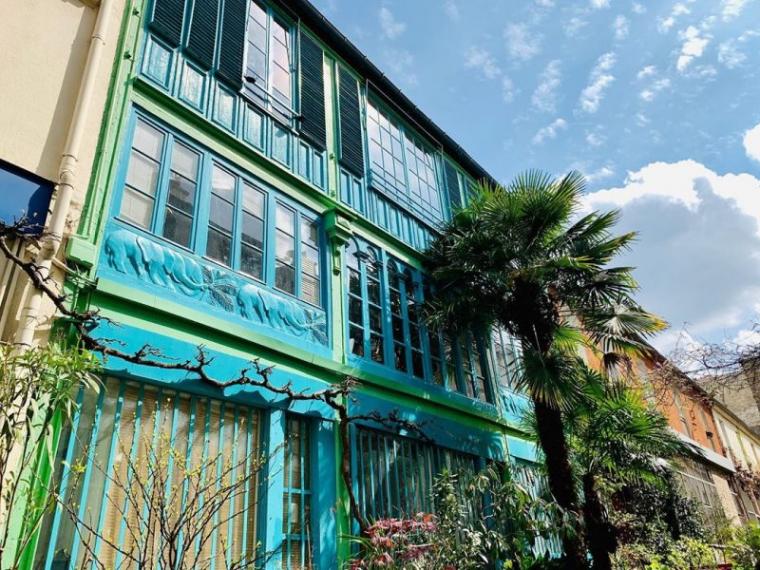 Situated in the heart of the 11th arrondissement, this small, hidden street isn’t far from rue Oberkampf.  With its blue-turquoise facade, palm trees, and lush vegetation, visitors immediately feel like they’ve been transported to an island where sun and sand are the only concerns.  The perfect spot to soak up the last days of summer.

On the quai de Valmy, running right along the canal Saint-Martin, several small boutiques brighten up the neighborhood with their pastel colors.

This street could be just as famous as rue Crémieux.  With its early 20th century architecture, reminiscent of a typical London neighborhood, and its eye-pleasing colors, a little stroll along the picturesque lane will make you feel like you’ve left Paris.

The history of the Petit-Montrouge neighborhood in 3 emblematic sites
The Petit-Montrouge borough in the 14th arrondissement takes its name from the neighboring commune of Montrouge, of which it was part before its annexation by Paris in 1860. It boasts particular architectural features characteristic of the southern part of the capital, unaffected by Haussmannian-style buildings, with many individual houses and villas. More commonly known as […]
Search
Find us on
Facebook
Get the PPG Monthly newsletter