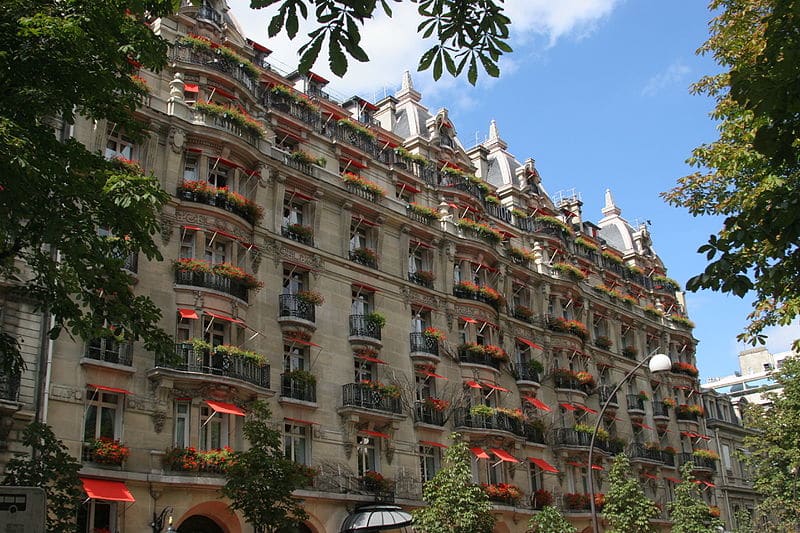 Where the value is: real estate prices in Paris’ 8th, 16th, and 17th arrondissements

It’s not news that property prices in Paris are on the rise, with the average price per square meter in more than half of Paris’ 20 arrondissements exceeding €10,000.  It is interesting to note, however, that price disparities exist between the small boroughs located within each arrondissement.  In this article, we zoom in on the 8th, 16th, and 17th.  While the 8th boasts the some of the most expensive real estate in the capital, prices in Paris’ budding 16th and 17th arrondissements prove to be more affordable that you might think.

The 8th, a haven of luxury on the Right Bank

Although the “Triangle d’Or” and Champs-Elysées areas contribute to high prices in the 8th, this arrondissement also offers more affordable residential areas that attract families.

Champs-Elysées: the most expensive

Along the Champs-Elysées, Paris’ most expensive neighborhood according to MeilleursAgents, prices can reach up to €16,000/m².  In other words, for the price of 20 square meters on “the most beautiful avenue in the world”, you could purchase 80 m² in Bordeaux or even 160 m² in Marseille.  Despite the sticker shock, investors take little risk buying in this area, which, to date, hasn’t stopped growing in value.  In 2018, property prices went up by 5%.

This influence contributes to the overall appeal of 8th, where the average price per square meter has reached €12,000, according to MeilleursAgents.  Buyers are looking for all types of properties here in the 8th: large apartments for families and wealthy foreigners, and smaller spaces for investors and those who want a pied-à-terre.

On the Right Bank of the Seine, between the Arc de Triomphe and Place de la Concorde, lies the capital’s most exclusive district, the incomparable Triangle d’Or.  Prices here are undoubtedly expensive, being in proximity to the high-end shops along avenue Montaigne and the luxury hotels of avenue George V.  The area also boasts classic Haussmannian architecture that contributed to the blossoming of private mansions and large bourgeois apartments in the area.

It’s no surprise, then, that sales easily exceed €20,000 per square meter for properties as rare as they are sought after.  Take for example a private mansion, a stone’s throw from the Champs-Elysées, that was recently sold for more than 16 million euros.  The area is highly sought after by an international clientele.

The 8th is also one of Paris’ economic hubs, with close to 10% of the city’s jobs concentrated in the arrondissement.  Around Madeleine and Faubourg du Roule, where office-life animates the area during the day, the bulk of demand comes from buyers in search of a pied-à-terre.  From the north of place des Ternes all the way to l’Eglise de la Madeleine, sales hover around €11,000 per square meter.

Although most of the 8th arrondissement has become more international, the area the metro stop Europe, which extends from boulevard Haussmann to place de Clichy, is being singled out by French families. “The ‘Village Europe’ has become very popular recently, most notably for its good schools, quiet streets, and ideal location, as there are many metro and bus lines at St. Lazare.  Its housing offer is changing and a new neighborhood dynamic is resurfacing with the reopening of nearby restaurants and specialty shops.

This has pushed property value up by more than 11% in 2 years, reaching prices above €10,400 per square meter on average. Couples in their forties are settling in the neighborhood and participating in its renewal.  Recently on rue de Turin, a renovated 4th floor apartment with elevator at 103 m² was sold for €1.285 million.

The very image of a luxurious enclave of Paris, the 16th arrondissement seems to be reserved only for the wealthiest, but is actually much more accessible than its reputation suggests.  Soaring prices in the center of Paris have led many buyers to invest in this western sector, where the average price per square meter hovers around €10,470.   Although prices here have risen by 3.8% over the past year, this rate of increase is relatively low compared to the rest of the capital.  As a result, many first-time buyers choose to leave the trendy districts of the 9th, 10th or 11th to buy more space in the 16th.

With the majority of apartments in this area boasting more than four rooms, and with the nearby Bois de Boulogne and good schools aplenty, the 16th arrondissement has a lot to offer families, who represent the bulk of buyers.  Renowned schools in a quiet residential environment with sound investment security: house-hunters realize that the 16th is a good buying opportunity as prices continue to rise in the capital.

The northern part of the 16th, between place Victor-Hugo and avenue de Passy, remains one of the most popular areas of the capital. Between le jardin du Trocadero and the Haussmannian boulevards surrounding Place de l’Etoile, renovated luxury properties will cost around €11,000 per square meter. Such figures translate to less expensive prices for everyday apartments big enough for families, which are very numerous in the sector.  Take for example the 120 m², four-room apartment on Avenue Raymond-Poincaré that sold for €1.25 million, below the €11,000/m² average.  On the flip side however, these same belles adresses can also drive prices up: a 73 m² apartment on avenue Victor-Hugo found takers at just under one million euros, or more than €13,500/m².

The rebirth of La Muette

The very residential district of La Muette is still as popular as ever among wealthy families, with prices rising by 5% in 2018 according to MeilleursAgents. The opening of new specialty food shops, the restoration of certain cultural sites such as the Rotonde de la Muette, or even the recent inauguration of the Brach Hotel designated by Philippe Starck are helping to revitalize a district that has been otherwise dormant for some time now. The 16th is getting younger, but in order to settle down between la Maison de la Radio and the jardin du Ranelagh, expect to pay around €10,500/m².  On rue de Passy, for example, a street that has blossomed remarkably since the opening of the Grande Epicerie Rive Droite, a five-room, 120 m² apartment was sold for €1.2 million.

Reasonable pricing in the southern 16th

Rue d’Auteuil marks the border with a southern half of the 16th, an area that is still financially doable for many buyers. The price per square meter fluctuates between €9,500 and €10,500 around Porte de Saint-Cloud, lowering the average price per square meter for the entire arrondissement. One young couple just signed on a 66 m² apartment in need of renovations on Avenue de Versailles for €9,000/m².  Already up 5.5% over the past year, prices could quickly rise above €10,000 per square meter in this sector, which still has good upside potential. This is not necessarily the case in the rest of the arrondissement.

As the divide between the 17th arrondissement’s chic districts and working-class sectors narrows, so does its property price gap. With families rushing to Batignolles and with the transformation of the Porte de Clichy area, housing prices rose by 5% in 2018. This neighborhood is taking full advantage of the arrival of the Palais de Justice and the creation of a new eco-friendly neighborhood built on the Clichy-Batignolles ZAC.  The very chic southern half of the district, between Place des Ternes and Monceau, is no longer the only one boasting sales above €10,000/m², an amount that should become the new average in 2019.

While some Parisian arrondissements are forced to reduce their number of school classes due to a lack of students, the 17th arrondissement is opening classes in response to the influx of families to the Batignolles area.  A middle ground between the diverse working-class area in the north of the arrondissement and the chic boroughs in the west, Batignolles has become a popular spot for middle-class Parisians in recent years.  Over the past five years, prices have risen by 14%, reaching €10,000/m².  A three-room, 45 m² apartment on rue Truffaut recently went quickly for €486,000.

Between Batignolles and Porte de Clichy, the construction of a brand new eco-friendly “neighborhood” at the edge of parc Martin Luther King is making major waves. By 2020, 3,400 housing units and hundreds of thousands of square meters of offices and shops will be built, attracting 7,500 residents and 12,700 jobs to this northern part of the 17th.  All of the new homes have already been sold for prices between €9,000 and €12,500 per square meter. An exemplary sustainability initiative by the City of Paris, the Clichy-Batignolles project will also benefit from the development of Grand Paris as early as this year, with the extension of metro line 14 and tramway line 3.

Epinettes, the most affordable

Closing the arrondissement to the east, Epinettes is the place to be for young people thanks to its inexpensive studios and one-bedroom apartments and its concentration of bars and cafés. Between the Porte de Saint-Ouen and Place de Clichy, prices have already jumped by 15% in the last two years.

Although still capped under €9,000/m², prices vary greatly depending on the location of the property. While prices closer to Batignolles are likely to climb above this €9,000 mark, many apartments in need of renovations still exist below €8,000/m², like a 33 m² space on rue Lantiez that was negotiated for €250,000.