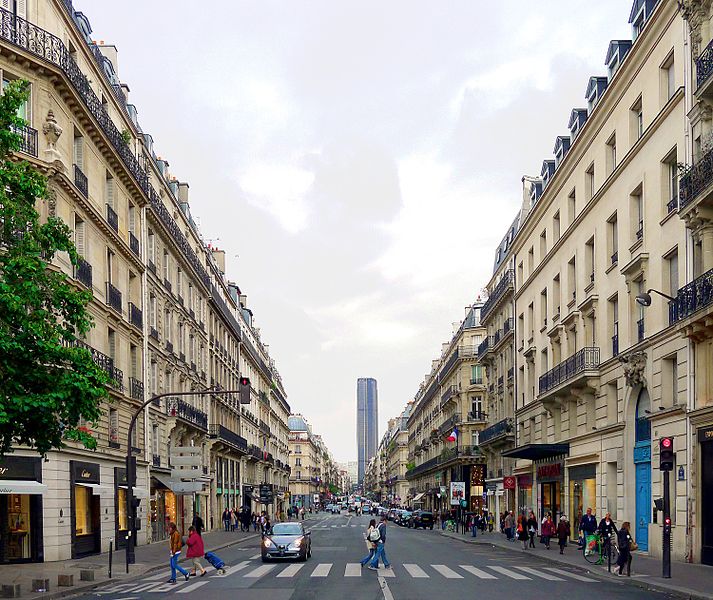 Parisian residents aren’t the only ones paying high rent prices in the capital.  Retail businesses, as well, pay exorbitant amounts to inhabit space along some of the capital’s most treasured shopping streets.  Rue du Faubourg Saint-Honoré, rue du Vieille du Temple, and rue Francs Bourgeois in Paris are among the top 10 European shopping streets where retailers pay the most to reach potential clients. Rue de la République in Lyon also made the list, making France the country with the most streets in the top 10.

With the development of online shopping, the location of physical stores has become all the more important for retail companies.  More than ever before, business owners and retailers are demanding that stores be situated in the best possible locations in order to increase visibility and thus maximize potential sales and offset increased rent costs.

Certain brands have begun a reorganization of their network of shops in order to adapt to new buying demands: the quality of the location of a physical store has been prioritized over the number of places where brand products are sold.

This data not only reveals the profitability of certain streets but also allows for comparison with other locations, unveiling new, attractive commercial shopping streets that until now were unknown.

According to this study, 4 of Europe’s most expensive commercial streets are found in France.  Rue du Faubourg Saint-Honoré, rue du Vieille du Temple, and rue Francs Bourgeois in Paris, as well as rue de la République in Lyon, made the top 10 list of European shopping streets paying the most to reach potential clients with CPCs of 28.92, 18.97, 15.14, and 18.76 euro cents, respectively.

30 of the 100 shopping streets analyzed in this ranking are located in France, more specifically in the cities of Paris, Lyon, Lille, Bordeaux, Cannes, Marseille, Montpellier, Nantes, Nice, Strasbourg, and Toulouse.

Concentrating solely on pedestrian traffic, rue de Rennes in Paris is the most popular thoroughfare in France, with a daily average of 8,924 pedestrians, followed by rue du Temple, also in Paris, with 7,802 pedestrians a day.  Rounding out third place is rue Foch in Montpellier, with 7,577 potential clients passing in front of its window displays everyday.

Top 10 commercial streets in France with the most pedestrian traffic:

5 architectural must-sees less than one hour from Paris
No need to travel far from Paris to discover some true architectural gems.  Created by Ricardo Bofil, Le Corbusier, or even Gérard Grandval, these surprising places are all less than one hour from Paris.     Les espaces d’Abraxas in Noisy-le-Grand  Architect: Ricardo Bofill Inaugurated in 1983, Les espaces d’abrasas are a complex of three residential […]
Search
Find us on
Facebook
Get the PPG Monthly newsletter