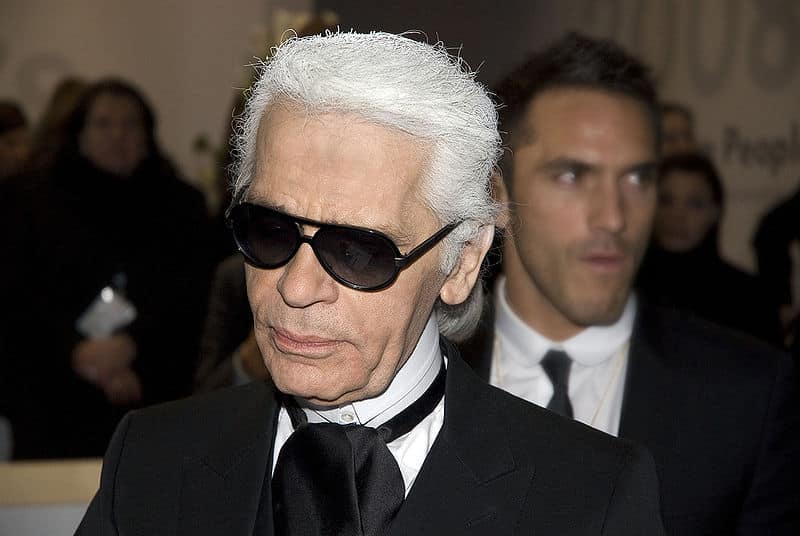 The “Kaiser” of haute couture, iconic creative director and fashion designer, Karl Lagerfeld, left us on February 19th, 2019 at the age of 85.  Although Lagerfeld was very discreet concerning his personal life, we do know that he was ever the Francophile, leaving his hometown of Hamburg, Germany at a young age to settle in neighboring France.  Over the course of his long and illustrious career, Lagerfeld owned and maintained countless estates throughout la belle France.  From his austere apartment in Paris to his château in Brittany, the eclectic properties Lagerfeld accumulated reflect the enigmatic allure of their owner, the Lagerfeld that continues to intrigue us, even after his death.

The Château de Penhoüet in Brittany

Between the 70’s and 80’s, Lagerfeld was the owner of the 18th-century Château de Penhoët in Grand-Champ, a small town situated in the Morbihan department of Brittany.  He oversaw several significant renovations of both the property and its classic French gardens over his 20-year residence there.  Lagerfeld also welcomed a large number of guests to the château during private parties and gala visits, most notably Queen Elizabeth The Queen Mother in the summer of 1990.  A discreet resident, but still invested in the local community, Lagerfeld donated €50,000 to the town for the construction of a library.  Lagerfeld’s mother even spent the last year of her life there, often spotted at the local hair salon.  During a town meeting shortly after Lagerfeld’s death, Mayor Yves Bleunven proposed naming a street or building in the town in his honor.

His apartment on quai Voltaire in Paris

The day of Lagerfeld’s death, Architectural Digest magazine’s website published an article on Lagerfeld’s stark yet luxurious apartment located on Quai Voltaire, on Paris’ Left Bank.  “It’s a place to sleep, have a shower, and work,” Lagerfeld remarked. The article features several photos of the minimalist space, with its futuristic furniture in shades of white, black, and grey, with metallic contrasts.  Of the space, Lagerfeld says: ”I wanted an apartment with glass and transparency everywhere… And there is no color here, because I am constantly surrounded by color. I prefer to live in a neutral environment.”

The Hôtel Pozzo di Borgo at 51, rue de l’Université in the 7th 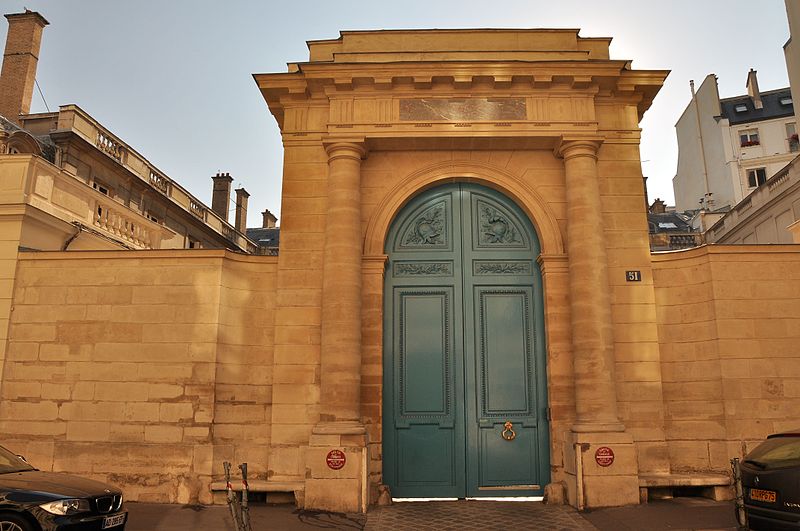 His apartment at 6, place Saint-Sulpice in the 6th

An avid art collector, Lagerfeld never hesitated to transform his collection, selling pieces that no longer inspired him.  In 2000, he sold more than €30 million worth of Rococo style art and furniture during the inauguration of the Parisian headquarters of Christies.  Similarly, Lagerfeld completely renovated his Saint-Sulpice apartment entirely in Art Deco style, with mirrors, chrome furniture, and high-quality handcrafted cabinets.  The building was designed by Servandoni, the same architect behind l’église Saint-Sulpice just across the street.  The apartment currently shares an address with an Yves Saint-Laurent store and a Lululemon store, both located on the ground floor and accessible to the public.

His villa in Monaco

In addition to his residences in Paris, the designer also lived in Monaco, particularly throughout the 90’s, where the villa, “La Vigie,” welcomed him for nearly ten years. Built at the beginning of the 20th century for an English press magnate and situated in the middle of a park overlooking the ocean, the villa offers breathtaking panoramic views over the Mediterranean Sea, Monaco, and the Bay of Roquebrune-Cap-Martin. The villa is now owned by the Société des Bains de Mer, who rent out the residence as a special event space. 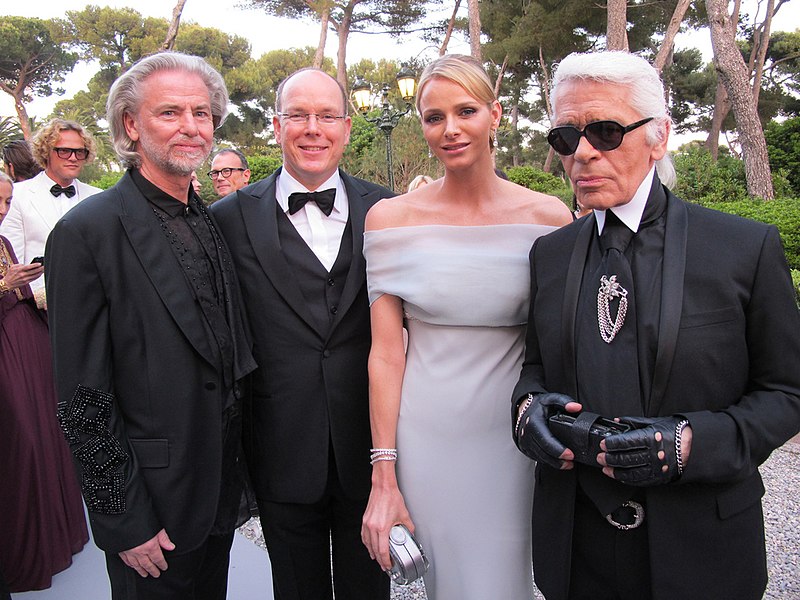 Karl Lagerfeld with the Prince and Princess of Monaco and Hermann Bühlbecker at the “Cinema Against AIDS” Gala in May 2011.

Karl Lagerfeld also owned property in his hometown of Hamburg, Germany, although he sold it before the 2000s. He also had a pied-à-terre in New York, a summer villa in Biarritz, and a house dating from the 1840s in Vermont. 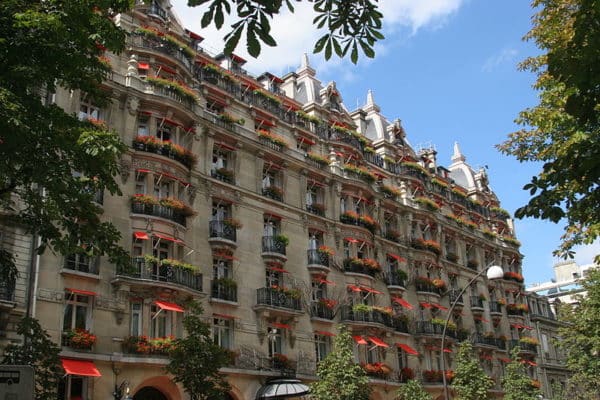 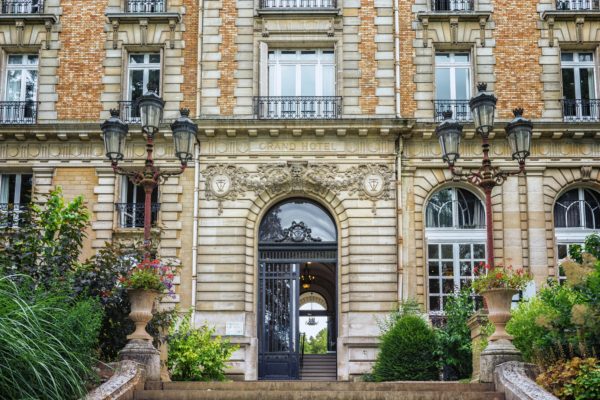 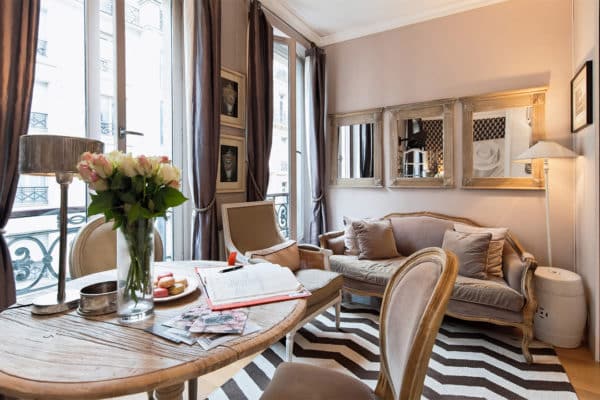 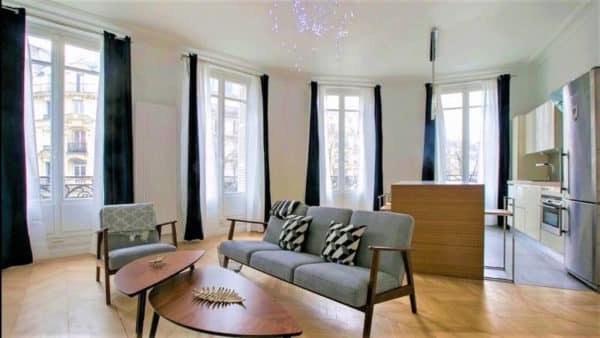 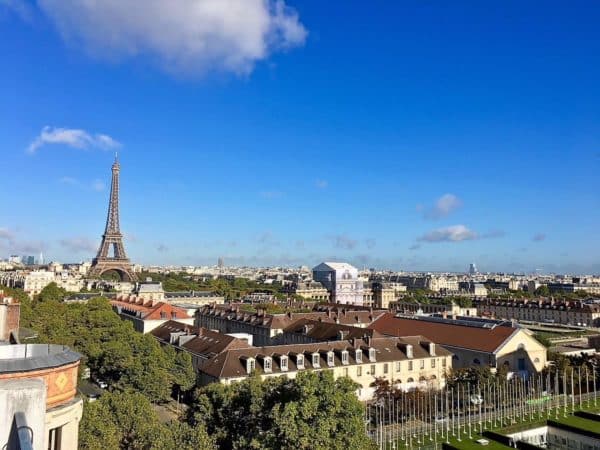 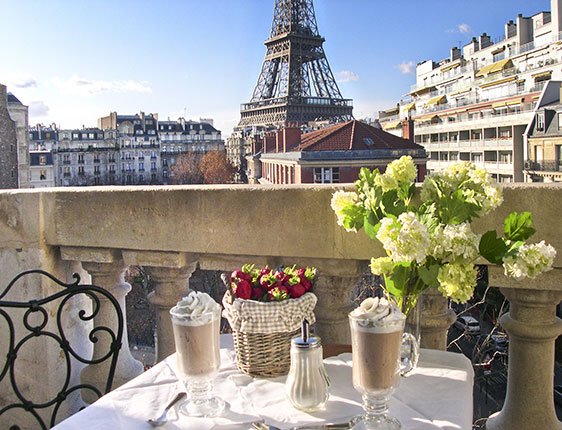 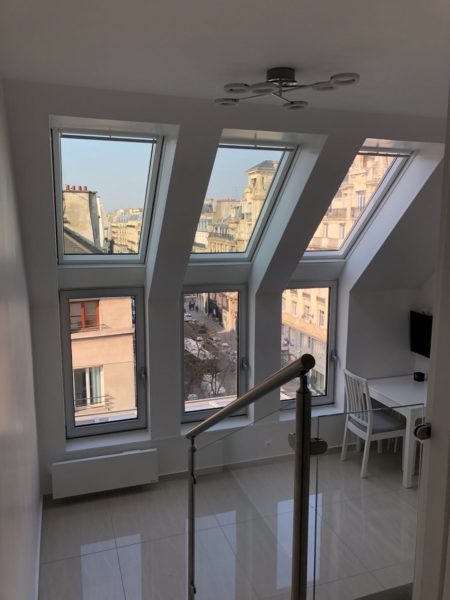 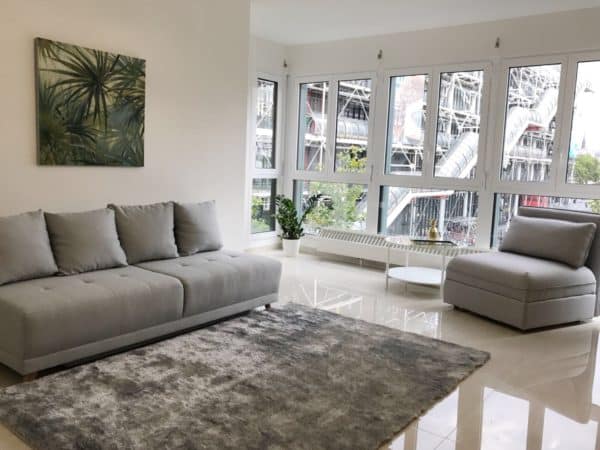 2 bedrooms, 1 bath: renovated property with unobstructed views on Pompidou museum and Place
Search
Find us on
Facebook
Get the PPG Monthly newsletter