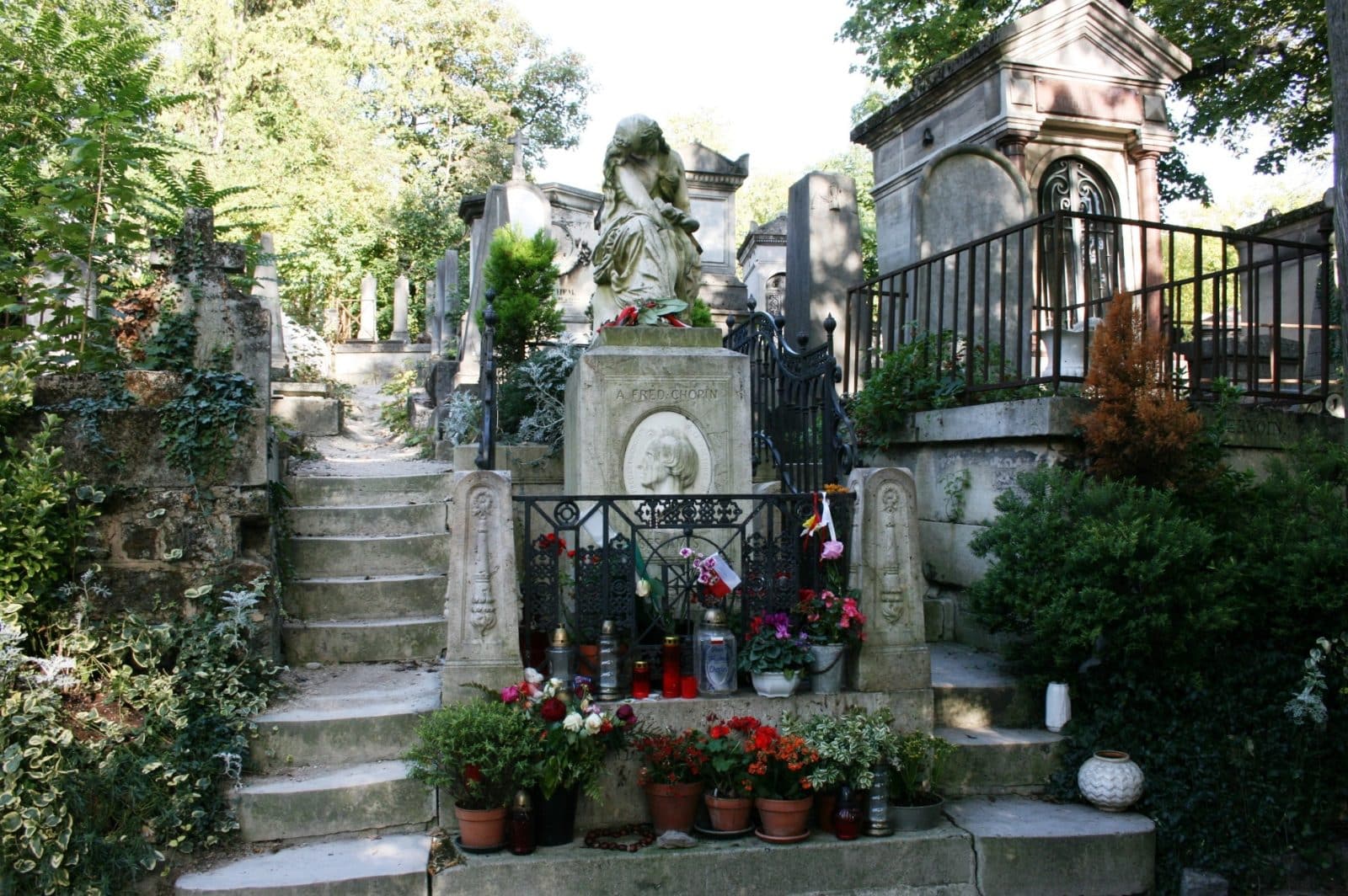 Halloween in Paris: a guide to the capital’s lesser-known cemeteries

You’ve been to Père Lachaise and les Catacombs, but have you ever explored some of Paris’s lesser-known cemeteries?

Places of both quiet reflection and historical significance, Parisian cemeteries are free and open to all.  They provide respite from the agitation and heat of the city, and shelter some of the world’s most celebrated figures in film, art, literature, and politics.  What better way to spend the Halloween season, or Toussaint as the French say, then with a stroll through any one of the 6 cemeteries we’ve selected for you here?

The Montmartre Cemetery is the final resting place of François Truffaut, Jeanne Moreau, Michel Berger, France Gall, Dalida, and Émile Zola.  This cemetery is quite unique as the Pont Caulaincourt, made entirely of metal, has crossed it’s south-east side since 1888.  It is thus possible to contemplate the cemetery from above!  A refreshing must-see in the Montmartre neighborhood.

The Montparnasse Cemetery is the final resting place of several famous people.  A stroll through this cemetery, sheltering close to 1,200 trees, is a small treat.  We wander between ordinary tombs and those of illustrious characters in history, art, film, and literature.  Don’t forgot to visit the tomb of Serge Gainsbourg, where fans from around the world come to lay flowers, metro tickets, and even choux pastries every day. 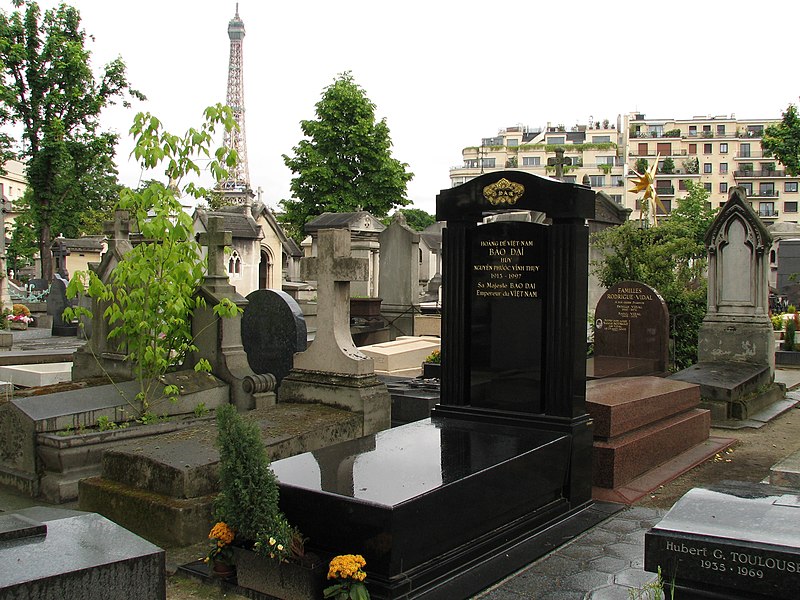 Situated on the edge of the Jardins du Trocadéro, the Passy Cemetery benefits from a superb location.  We understand why Edouard Manet, Fernandel, and Claude Debussy chose to end their days here, in the shadow of the Eiffel Tower.  With it’s monumental art-déco style entryway, the Passy Cemetery is impossible to miss.  If you’re looking for a bit of calm and serenity, far from the agitation of Trocadéro, a little stroll through here will do you a world of good.

The grave of the Marquis de Lafayette and of his wife Adrienne.

The Picpus Cemetery in Paris is a relatively unknown site that nevertheless shows a painful moment in the capital’s history.  Registered as a historical monument, it shelters the bodies of those guillotined during the Great Terror, as well as those of their descendants.  The cemetery is also the last resting place of several well-known figures in history like General Lafayette.

At the top of the Montmartre hill, behind place du Tertre, lies the smallest and the oldest cemetery in Paris, Le cimetière du Calvaire.  Opened in 1808 and then left to abandon in 1831, certain members of Montmartre’s aristocratic families were buried here.  The cemetery is around 600 m2 and only shelters about 80 tombs, occupying what was once an old orchard belonging to the Montmartre Abbey.  It also only opens three times a year, during French heritage days, during French garden day celebrations, and on All Saints Day.  Only the descendants of those who are buried here can be laid to rest here.

Although technically not in Paris proper, the Asnières-sur-Seine Dog Cemetery deserved the last spot on our list.  This cemetery is the final resting place for dogs, cats, rabbits, and other animals of all kinds.  It’s the first cemetery in the world dedicated to our furry friends.  More than 40,000 animals have been buried here since its opening in the summer of 1899.  A surprising cemetery for animal-lovers and the curious alike.