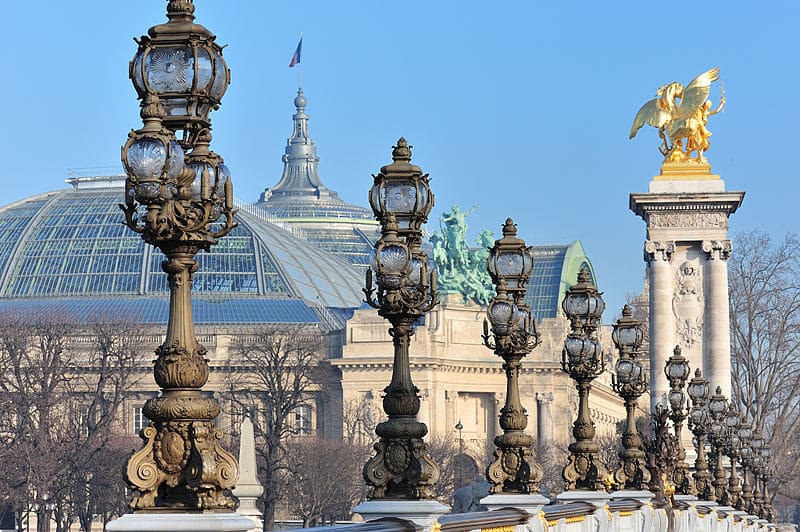 Record high attendance confirmed for Paris museums and monuments in 2018

Following in the footsteps of the records announced by the Louvre, most of the capital’s other major sites have also benefited from the upturn in tourism.

Tourists are flocking to Paris: preliminary data provided by Parisian cultural sites indicate a record high of number of visitors for the 2018 year and an increase in the number of foreigners visitors, most notably those from the United States, the U.K., Germany, and China.

Although global numbers concerning all tourist sites have not yet been solidified, data given by Parisian museums and monuments thus far has been promising: general frequency should exceed that of the bounce-back year of 2017, when, according to a study published by the the Parisian Office of Tourism, 70.2 million people visited tourist destinations in capital.

Museums carried by their temporary exhibitions

In 2018, le Petit Palais welcomed 1.2 million visitors; 100,000 more than in 2017.  The year was marked by a heavy concentration of temporary exhibitions, with Les Impressionnistes à Londres and Les Hollandais à Paris, amongst others, which significantly contributed to the increase.  Le Musée de l’immigration, housed within le Palais de la Porte Dorée, noted a 9% increase in their number of visitors.  Thanks the success of Picasso. Bleu et Rose, which attracted 670,667 visitors alone, the total number of visitors at the Musée d’Orsay increased by 3%.  Even the lesser-known Musées de la Ville de Paris announced healthy increases in visitor numbers, with 3 million in 2018, despite renovations that limited access to the Musée d’Art Moderne.

Temporary exhibitions at the Grand Palais also attracted their fair share of visitors (1.1 million).  As for the Musée du Luxembourg, also part of the Réunion des Musées Nationaux alongside the Grand Palais, numbers increased by a whopping 42%, thanks most notably to both the Mucha and Tintoret exhibitions.  For the most part, it is thus the temporary exhibitions that have made all the difference in museum attendance. The only exception lies at the Centre Pompidou, where the number of visitors to their permanent collection increased by 18%, bringing attendance up by 5% for the entire museum.

Museums and monuments incorporating modern art into their halls have also seen increases in visitor attendance.  At Versailles, where this addition was highly disputed in 2008, contemporary art is now a part of the decor and has not discouraged foreign tourists, who make up about 80% of visitors, from discovering the palace.  The château welcomed 8.1 million visitors in 2018, 6% more than in 2017.

The reburial of Simone Veil from Montparnasse cemetery to the hallowed halls of the Pantheon made a big difference in overall attendance to the site, as well, which increased by 20%, boasting 859,600 visitors.  The exposition Détenues by photographer Betting Rheims at the Château de Vincennes as well as the installation entitled Détournement by contemporary artist Stéphane Tidet at la Conciergerie, also proved successful.  La Sainte-Chapelle also adopted the use of modern technology through the creation of an app providing detailed information about its 1,113 stained-glass windows.  Visitor numbers increased by 20% at the chapel, with 1.27 million visitors in 2018.

Despite closures and vandalization linked to gilet jaune protests in December, attendance at the Arc de Triomphe went up by 6.36%, with 1.6 million visits.  The Centre des Monuments Nationaux (CMN), which conserves, restores, and manages historic buildings and sites which are the property of France, has 11 sites in Paris, and, for the first time ever, exceeded 10 million visitors total.

Philippe Bélaval, President of the CMN, believes that this success stems from “the fact that we’ve never talked so much about heritage before as we have lately,” citing the mission of Stéphane Bern and the lottery dedicated to saving monuments in peril.  For the moment, the global impact of the les gilets jaunes remains unknown, as Eiffel Tower data has not yet been announced.