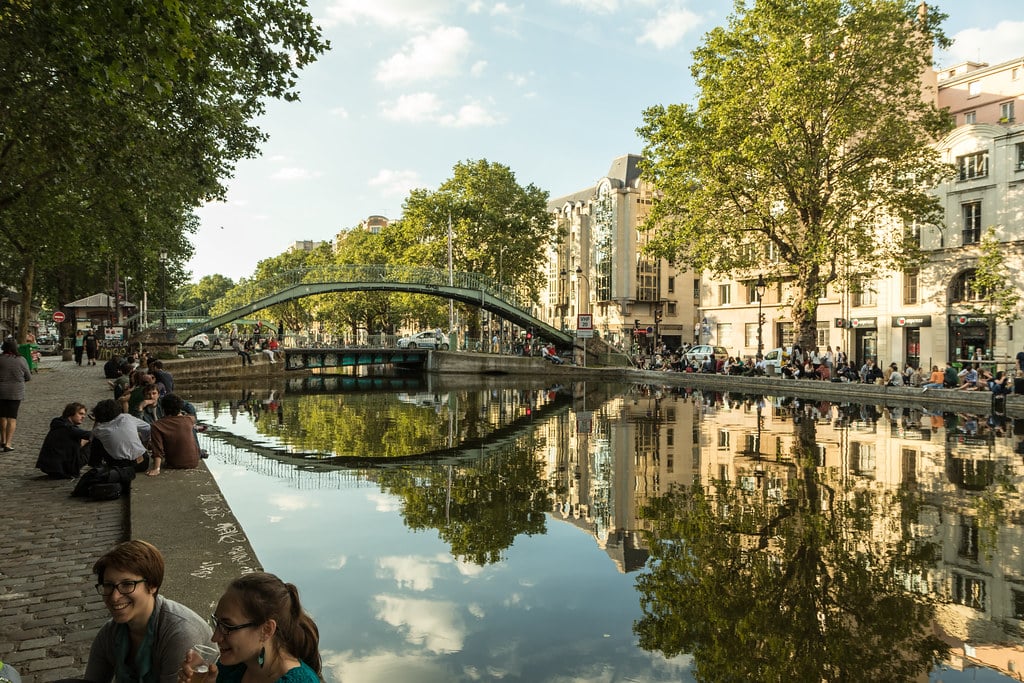 It’s not news that property prices in Paris are on the rise, with the average price per square meter in more than half of Paris’ 20 arrondissements exceeding €10,000.  It is interesting to note, however, that price disparities exist between the small boroughs located within each arrondissement.  In this article, we zoom in on the 10th, 11th, and 12th.  Some of the more affordable arrondissements in Paris, prices in these areas are on the rise, principally due to large-scale renovation projects that will drastically change the face of the area.  Families, first-time buyers, and young professionals alike are all flocking to these arrondissements.

The average price per meter squared in the 10th has gone up to €9,300.  The area surrounding canal Saint-Martin is heavily sought-after, with prices that exceed €10,000/m2. 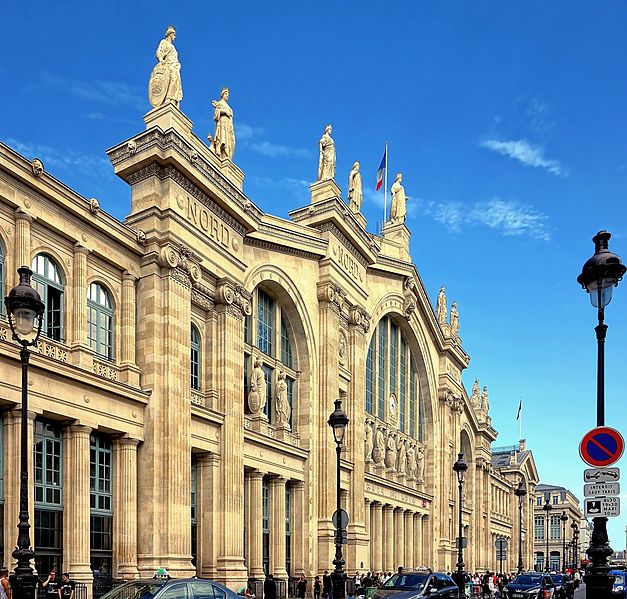 A very affordable arrondissement in the early 2000s, prices in the 10th have increased by almost 70% in 10 years!  According to MeilleursAgents, however, this explosion has stabilized around the current Parisian average of €9,2000/m2.  The arrondissement continues to attract young couple and first-time buyers with strong purchasing power thanks to its central location and cultural diversity.  Despite a slowdown in the number of purchases, prices continue to climb.  Prices have risen by more than 5% in one year, with some sectors having passed the €10,000/m2 mark in 2018.

The renewal of the 10th

From porte Saint-Denis on Grands Boulevards to the canal Saint-Martin, the refurbishment of the canal and the renovation of place de la République has led to gentrification in the southern part of the 10th.  With its packed restaurants, co-working spaces flourishing near the canal, and the local and organic market shops replacing the wholesalers before them, the 10th is no longer the forgotten arrondissement in the heart of the capital.

The transformation of Gare du Nord

And the changes don’t stop there.  Gare du Nord, Europe’s busiest train station, is going to completely change.  It will triple in size, the objective being to boost the area in preparation for the 2024 Olympic Games.  Shops, restaurants, gyms, and office space should flourish in the neighborhood.  Today however, the area still suffers as a result of its bad reputation.  This translates to average prices under €8,300/m², making it the most affordable borough in the 10th.

A successful renovation of this central area, however, which is close to trendy neighborhoods, should attract new residents and drive prices up to Parisian averages.  Sales are already being made above €9,000/m²: a 100 m², five-room apartment on rue la Fayette was sold for 1 million euros.

The 11th, the new heart of Paris

Boulevard Voltaire, stretching across the 11th from République to Nation.

“Although we’ve felt a slight drop since the beginning of 2019, prices are still expensive,” explains Mylène Guetta of Century 21 Parmentier-Saint-Maur.  “Expensive” meaning above the €9,700/m² average observed in the 11th arrondissement by MeilleursAgents.  Up by more than 14% in two years, the 11th is sought after for its vibrant local scene and for prices that have continued to remain affordable in comparison to increases in central Paris.  The most densely populated arrondissement, the 11th stretches over the right bank between place de la Nation and place de la République, passing by Bastille, and is full of cultural spots and hangouts coveted by Parisians.

“We have much more demand than supply, with a lot of young people and foreigners,” explains Guetta, who also observes “a market that’s been rising for the past two years, in which all apartment types are being hunted for.”  This dynamic most notably benefits investors looking for easily-rentable properties, as the majority of apartments in this arrondissement are small spaces and studios.

Areas on the border with the 19th arrondissement in the northern part of the 11th have garnered increased interest on the part of investors.  “The price gap has narrowed,” Guetta analyzes.  New gourmet shops close to boulevard de Belleville and above rue Jean-Pierre-Timbaud have attracted buyers with high purchasing power.  On rue de l’Orillon, an area where sales do not normally exceed €10,000 per meter squared, a 28 m² apartment was sold for €290,000 (€10,357/m²).  Gentrification in this working-class part of the 11th should continue to feed price increases for years to come, with “families who come from other arrondissements,” explains Guetta.

Price gaps are narrowing between the southern part of the arrondissement and the more coveted areas of Folie-Méricourt and Roquette.  Sales in this area, situated between the large boulevards linking place de la République to Nation and Bastille, are finalized around €10,000/m², after having already risen by 7% in one year.  Sought after by bobos and young couples for their liveliness and central location, properties situated close to Parmentier and Oberkampf find buyers in less than 20 days with certain agencies.  At the intersection of rue Oberkampt and rue Saint-Maur, a 28 m² apartment was sold during the first visit for €300,000 (over €10,700/m²).

The inauguration of jardin Truillot between boulevard Richard-Lenoir and boulevard Voltaire is indicative of the family-oriented renewal happening in the 11th.  Originally a working-class neighborhood, numerous households have chosen the sector of Saint-Ambroise for it’s proximity to the Marais and for properties that continue to remain affordable.  In five years, however, prices have climbed by more than 14%, making this the chicest part of the 11th.  Properties sell above €10,000/m² and micro-markets, like that around square Maurice-Gardette, have emerged.  On avenue de la République, a 165 m² apartment in an Art Deco building was sold for 1.65 million, “whereas previously an apartment of that size wouldn’t exceed €10,000/m².”

Changes afoot in the 12th

The 12th is coveted by families for its green spaces and calm.  The average price per square meter has gone up to €8,850. 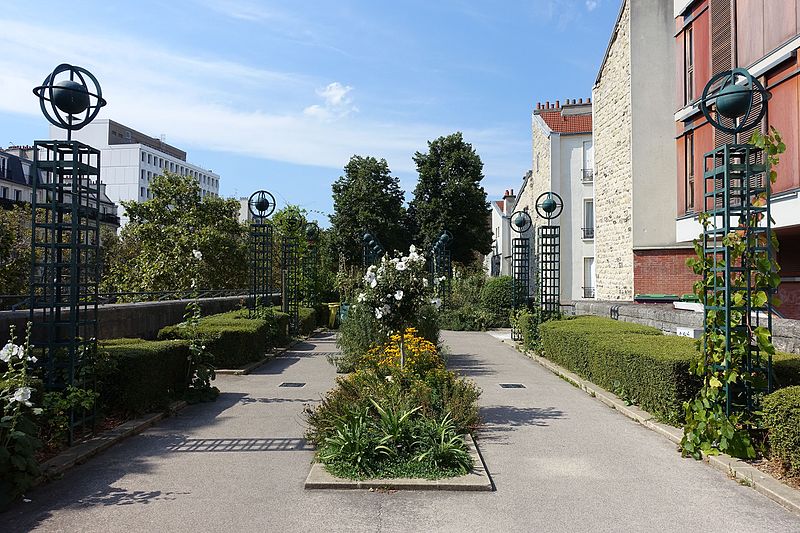 Large-scale renovation projects should increase value in this southeastern arrondissement of Paris.  Sales rates here accelerated in 2018, “with properties at market value who found takers in one day,” explains Nadia Manoukian, Director of the ERA 12ème Avenue agency.  In one year, prices climbed by 5%, according to MeilleursAgents, and are now in the €9,000/m² range.  The 12th also attracts first-time buyers thanks to prices that are a bit less exorbitant than in other arrondissements.  “However, competition between buyers increases prices,” alerts Manoukian. “In the Bel-Air sector, historically the most affordable, one property sold for €9,400/m², an exceptional price in this neighborhood for a property in need of renovations.” On rue Victor-Chevreuil, a 65 m², 3-room apartment found a buyer for €600,000.

The bois de Vincennes and la Coulée Verte attract families to this tranquil southeastern arrondissement of Paris.  “However, this is not a dead zone like the 16th,” specifies Manoukian.  The Quinze-Vingts area is the most lively and the most highly regarded in the 12th.  It surrounds the ever-energetic place de la Bastille and shelters the much-sought-after faubourg Saint-Antoine as well as place d’Aligre with it’s celebrated covered market.  Demand here hasn’t weakened, and in 2018, prices increased by 5.6%.  Sales can even exceed €10,000/m², as is the case, for example, with the 57 m², 3-room apartment on rue du Faubourg-Saint-Antoine that sold for €630,000.

Long neglected, the Bercy area has become quite lively thanks to the redevelopment of its former wine warehouses.  Shops, restaurants, and exposition centers have attracted a younger population, inviting old homeowners to sell.  Over the past two years, prices in the neighborhood have increased by 9%, translating to sales around €8,500/m².

Another asset of this arrondissement for investors, gare de Lyon the gare de Bercy allow residents to travel more easily to Western France and the countryside.  However, competition for large apartments has pulled prices up: a stone’s throw from cour Saint-Emilion, a 150 m², 4 room apartment was sold for 1.75 million.

Although prices in certain sectors exceed €10,000/m2, the 12th still sees sales that around €9,000/m2.  Prices in Bel-Air and Picpus increase 5% on average each year, and should reach levels typical in central Paris.  The large-scale renovation of the Bercy-Charenton zone will create a new neighborhood that should welcome 4,000 new residents.  And the arrival of Université Sorbonne Nouvelle near Nation this fall, with its thousands of students, should attract investors looking to rent out small apartments and studios.