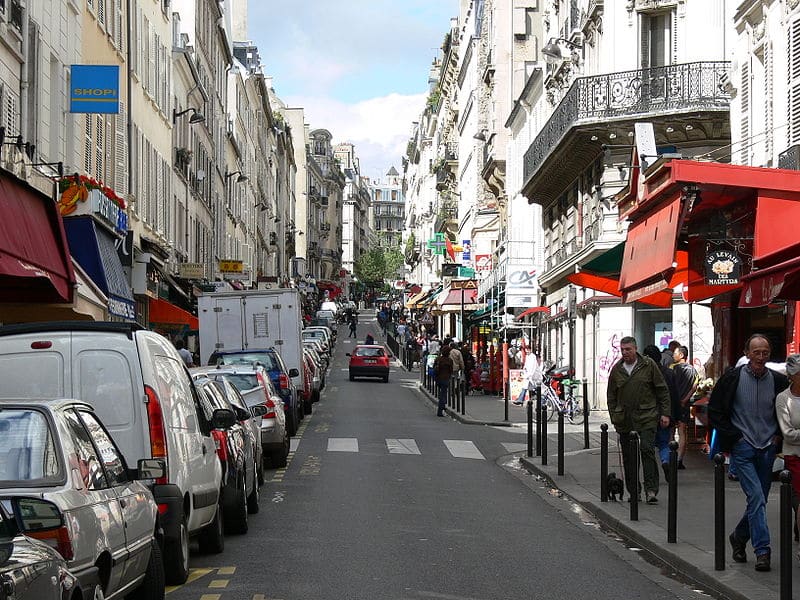 Rue des Martyrs in the 9th arrondissement to be pedestrianized

The Rue des Martyrs is to become pedestrian and bike-only as the local mayor finalizes plans for its transformation.

Work to turn the road, which is crammed with independent outlets and food mongers, into a pedestrian and bike-only avenue could start as early as this summer and be complete by autumn. Local mayor Delphine Bürkli presented her plans to locals in January after campaigning for a new ‘green’ avenue during the municipal elections which followed the presidential.

No more cars, dedicated cycle lanes and plenty of spaces for pedestrians and pushchairs. Local press talks about a ‘new green paradise for those that like doing their shopping while looking to avoid the chaos of vehicular traffic’. Indeed, the plan is very much in line with city mayor Anne Hidalgo’s green-ification of the city through vegetalisation, eco-construction and a general favoring of the motor-less.

Full pedestrianization won’t be the case, however, as Sebastien Dulermo, head of public space for the local town hall, said: “Locals on adjacent roads, delivery vans and local artisans will still be able to use it.” Burkli adding that “it is out of the question to completely pedestrianize the road as was the case in Montorgeuil after its refurbishment.”

So vehicles will be able to use the road but will play second fiddle to any pedestrians, as is the case on many market streets during trading hours.Some existing parking spaces will be turned into small plots of garden space to bring some greenery to the road, while additional parking spaces for bikes will introduced.

The project is partly to ease the footfall on the Pigalle-Martyrs neighborhood as the most popular route north of the city.

A local: “It’s a good idea to give pedestrians priority. We’ll breathe easier while shopping while better appreciating the surrounding architecture which is often covered by parked cars.”

Work should start in summer this year for a finish by autumn and is set to cost €400,000.