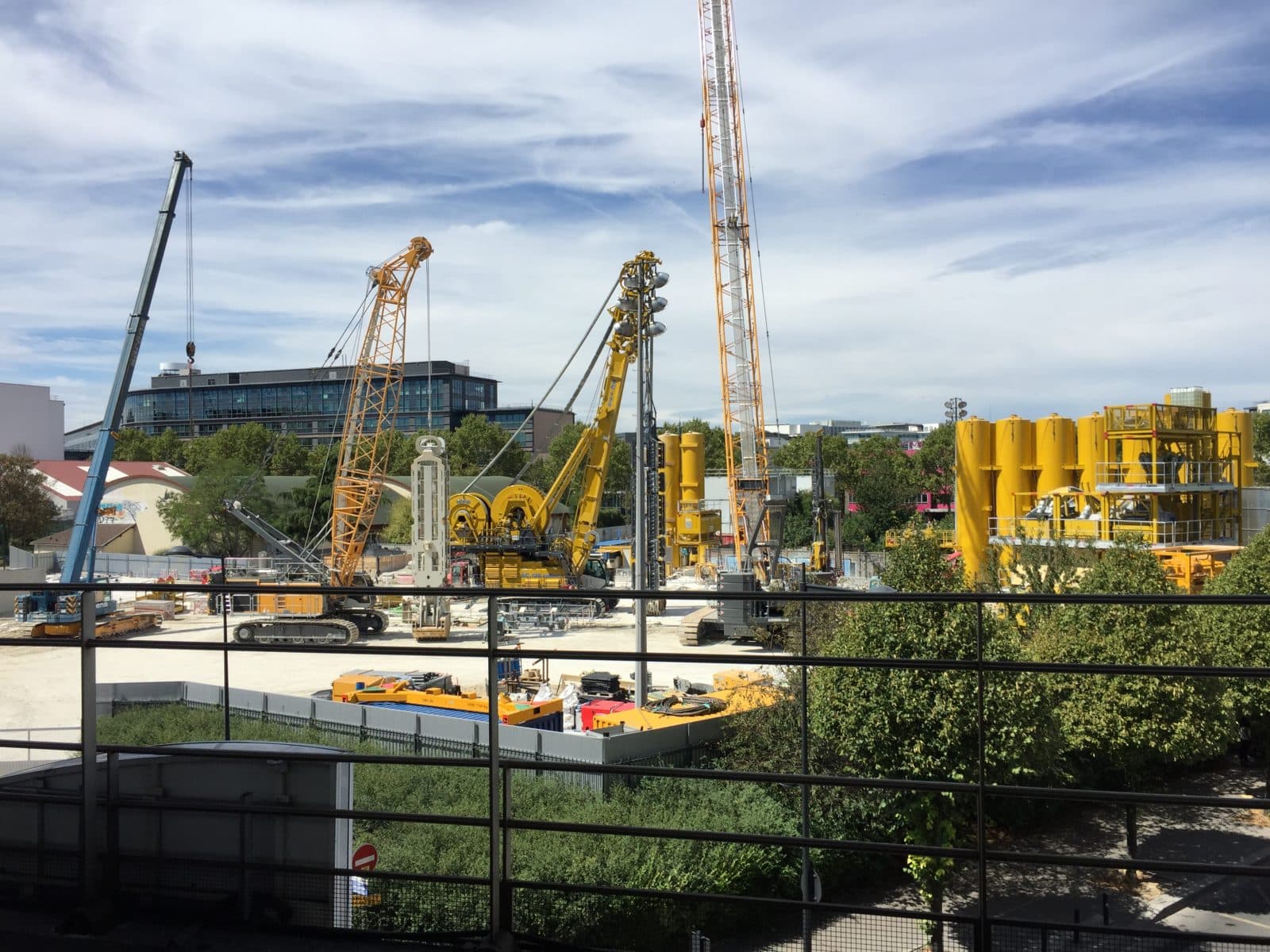 The arrival of a high-speed subway linking Paris to it’s suburbs will overhaul the metropolis and rebalance its real estate, opening up new territory to investors.

The new home market has been in decline everywhere in France, except in Île-de-France, the area surrounding Paris.  The Paris region remains largely untouched due to lack of housing and record-high real estate prices.  A decline in the proportion of zero-interest loans by 50% as well as the refocusing of la loi Pinel has not seemed to affect this market.

“We witnessed a first quarter down 5% with active listings down 50%. On the other hand, we saw a rebound of sales for the second quarter, which made it possible to correct the drop in sales in the first quarter,” notes Fabien Acerbis, general manager for housing in the Île-de-France region for  Bouygues Immobilier.

The only downside seems to be a growing shortage of investors. For professionals, the announcement of the four year extension of la loi Pinel has been a major reason: “Investors are no longer in a rush. They know that they now have four years to make up their minds and prefer to take their time,” says Helen Romano, Vice President of Nexity Residential Real Estate.

What is the Pinel law?

The Pinel law is a tax exemption scheme for rental investment, set up by former Housing Minister Sylvia Pinel on 1 September 2014.

French taxpayers wishing to invest in a new home can use it to benefit from a tax reduction. The Pinel scheme came into force on 1 January 2015 thanks to the vote of the 2015 Finance Act, it can be used retroactively until 1 September 2014.

The provisions of the recent housing law as well as the 2018 finance law have extended its application until the end of the year 2021.  Its extension will be refocused around the larger cities such as Paris, in accordance with the housing policy to better target aid.

Everywhere in Île-de-France, the effect of le Grand Paris is beginning to be felt.  One look at what is happening near la Porte d’Aubervilliers can confirm the progression: there, in 2020, luxury fashion brand Chanel plans to inaugurate a building housing its many specialized subcontractors under their company Paraffection.

Especially with the start of construction of the Grand Paris Express, with its 200 kilometers of high-speed railways and its 68 new stations, we see the investment potential of these Parisian suburbs changing.  Work has started for the line 15 south which connects Pont de Sèvres to Champigny. Same for the extension of line 14. This is concrete and investors are interested in benefiting from the new infrastructure. As for the line 16, however, scheduled for 2024, near Clichy Montfermeil, work has not started yet, and so investors have a few years to scout opportunities there.

Certain criteria need to be taken into account concerning housing choices near a future transportation station. “You have to look at the evolution of prices over the last 15 or 20 years.  You must ensure that, in addition to the future station, the city in question is attached in some way to a suburban commuter basin or to the outskirts of Paris. Investors can turn to city planning departments to learn more about upcoming renovations and infrastructure. These elements are essential to a smart investment,” says Thomas Lefebvre, Senior Scientist at Meilleuragents.

The future stars of Greater Paris

Since the 1970s and the rise of La Défense, many well-off Parisians have made the choice of moving to West Paris, in particular les Hauts-de-Seine. However, the construction of the Grand Paris Express will soon allow for the exploration of new territories, particularly to the north and east of the city, where there are significant land reserves. “Realizing Greater Paris is not a luxury, it’s an opportunity to correct thirty years of imbalances,” insists Thierry Lajoie, General Manager of Grand Paris Aménagement. “Cities like Levallois, Neuilly, or Boulogne are today considered the continuity of Paris. Tomorrow, it will be the same for Aubervilliers, Saint-Denis or Villejuif “, adds Georges Rocchietta, president of Foncière Atland.

Take Bagneux, a commune whose average estimated price per square meter is at €5,200 and which will soon be able to connect its inhabitants to La Défense in 20 minutes, thanks to line 15 which will be operational by 2024. Same for Saint-Denis, announced as the future Châtelet in the north of the region, with its multiple connections (line 14, 15, 16, 17 and the RER D) and its affordable price per square meter (€4,500 on average).  Saint-Ouen is familiar with the investment buzz: price levels there have been known to exceed €6,000 per square meter, where twenty years ago there we rarely reached a price per square meter of more than €4,500.

For the seasoned investor, however, it may be good to bet on the rising stars of the day after tomorrow, focusing on those areas to be served by Greater Paris from 2027 or 2030 onward: places where prices are still weak.

“We can bet on these major cities in the making, like those being connected to the Clichy Montfermeil train station,” advises Helen Romano, which will be located on the border of Clichy-sous-Bois (current prices are at €2,330 per square meter on average) and Montfermeil (€2,552 per square meter on average) on metro line 16. For these territories, it may be interesting to take advantage of la loi Pinel for now, while waiting for the future station to help invigorate the urban landscape down the road.

Image: Wikimedia Commons.  Worksite of the Grand Paris Express Line 1 close to the La Plaine – Stade de France train station in Saint-Denis.  Photo taken from the platform of the RER B.