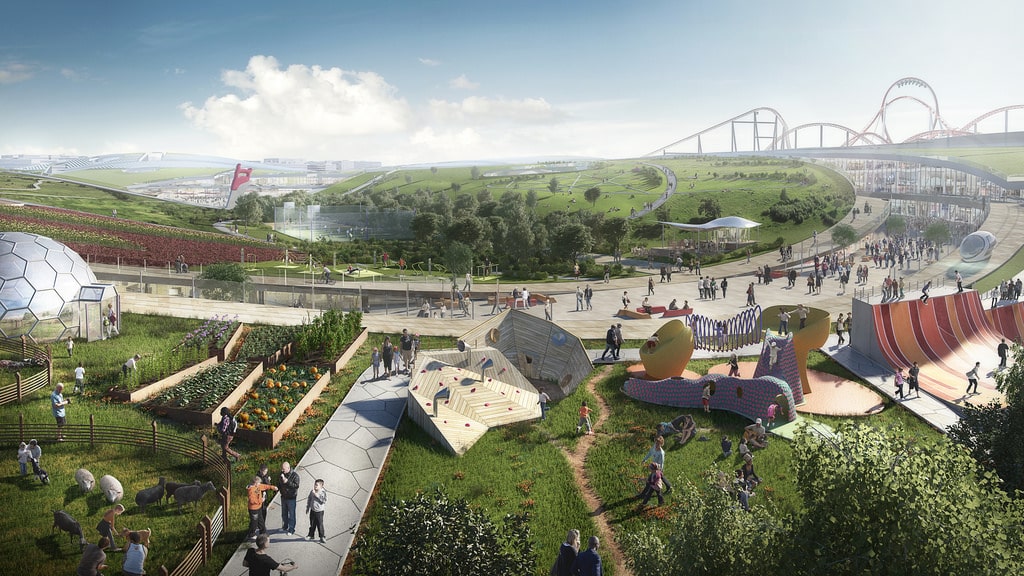 Europacity, the huge real estate development in the suburbs of Paris, has been put on hold after a judge rescinded planning permission for the site.

The future of the 3.1 billion euro project, which is intended to be completed by the time of the Olympics in 2024, is in doubt after the administrative tribunal of Cergy-Pontoise cancelled the creation of a development zone on the intended site.

The tribunal found that the impact assessment report had been insufficient on several points. One of them was an inability to adequately demonstrate that the energy needs of the site would be met in-house, a much-feted promise of the project.

The decision to cancel an earlier motion to create a development zone on the site was also taken “considering the significance of the environmental impact, notably concerning the eradication of 280 hectares of agricultural land.”

An indoor ski rink is planned as part of Europacity.

The project has come under heavy opposition and scrutiny by locals and environmental activists. The massive deforestation required, the threat to local small businesses and the commercial nature of the development are among the main detractions cited. The expected 30 million annual visitors also likely raised eyebrows among local residents.

Europacity, should it ever see the light of day, will comprise hotels, sports centres, shopping outlets, restaurants, leisure centres and plots of urban agriculture. Around ten hectars in Val-d’Oise had been designated as the development site by developers Auchan, a French supermarket giant, and Wanda, a Chinese conglomerate.