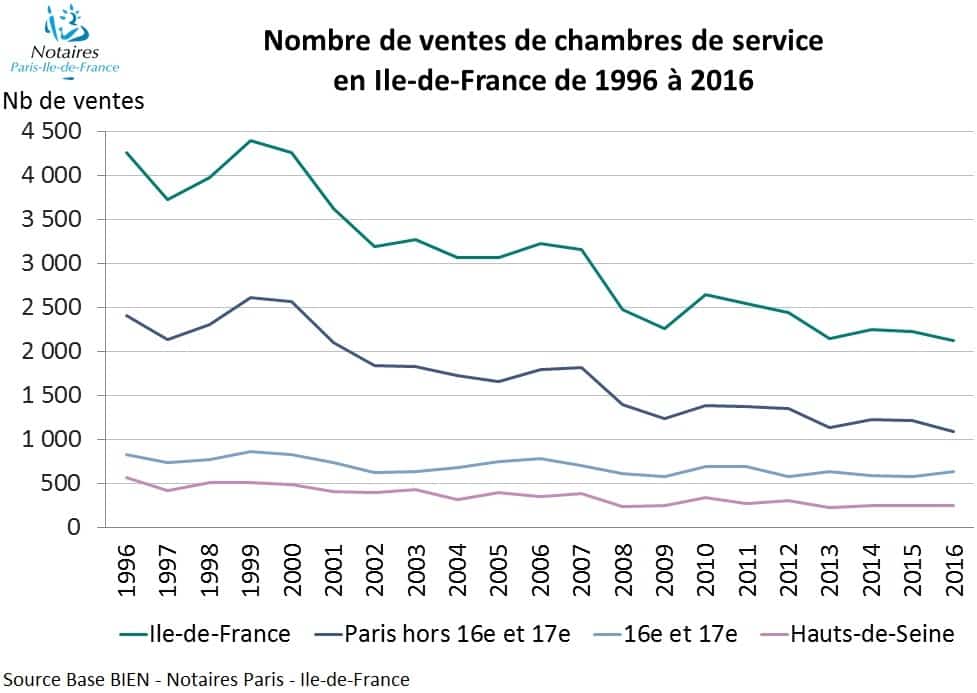 The latest Paris Notaire press release on the capital’s property market had a special focus on the chambres de bonnes, old maids’ rooms that can be found in the upper levels of Haussmannian apartment blocks.

The stats show that the chambre de bonnes might be a dying breed. The epitome of cheap Parisian living, the rooms can sometimes measure no more than 5 m2 and often require a lung-bursting walk up six flights of stairs, being located in late 19th century Haussmannian buildings long before lifts were standard.

The record number of sales of chambre de bonnes in a year was in 1999, when 4,400 changed hands in Ile-de-France: 2016 saw only 2,120, less than half. The decline is largely because of the SRU laws – Solidarité et Renouvellement Urbain – passed in 2002. One of them stipulated that a property had to be at least 9 m2 to be legally residential, a measure which criminalised selling or letting a large chunk of the stock of chambre de bonnes. Stricter laws around living conditions were also passed.

So now, many are being combined into larger properties in order to adhere to both size and condition aspects of the SRU laws. Since they are mostly found in the 16th and 17th arrondissements, combining them is also a lucrative opportunity to create new luxury properties in sought-after areas of Paris. 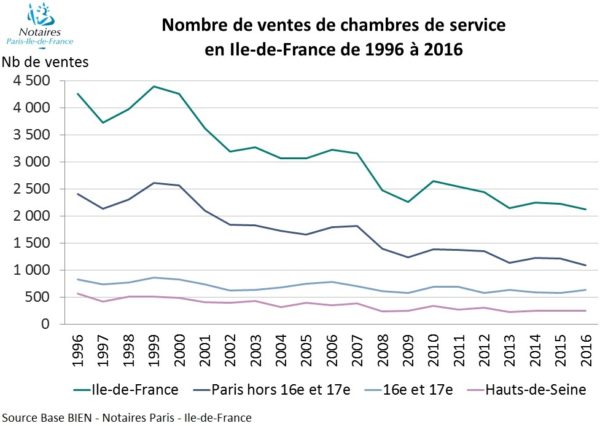 The fall in the number of transactions has coincided with a faster increase in price per m2 than other types of properties in Paris, though this is mainly because they were so low in value in the 1990s. Since 1996, the price/m2 of chambre de bonnes has multiplied by 4.61, compared with 3.73 for studios and 3.40 for existing apartments.