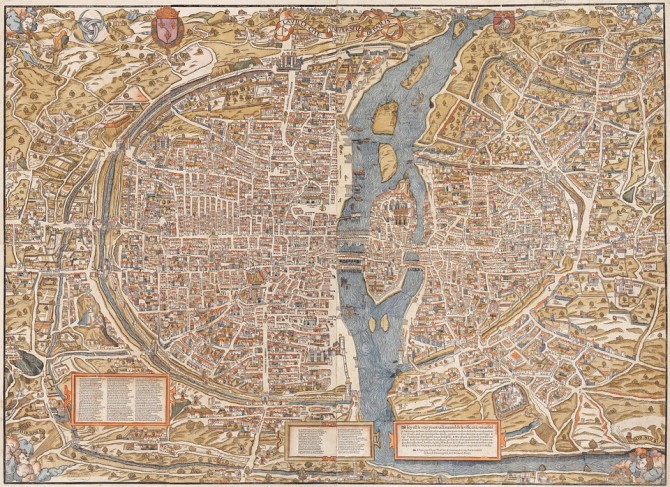 Regarded as the Parisian equivalent of Greater London, the Grand Paris initiative was launched by former French President Nicolas Sarkozy and involves the reorganization of the Paris metropolitan region into 12 distinct “territories.” Valérie Pécresse, the newly-elected head of the Île-de-France region, took advantage of a press conference on housing to announce the launch of the competition, dubbed “Dessine-moi le Grand Paris de demain,” i.e: “Draw me tomorrow’s Greater Paris.” The aim is to highlight “innovative urban and rural development projects extending across Île-de-France.” Architects, planners, designers, landscapers and even sociologists are invited to participate on projects serving the region’s residents, users and visitors. Teams will be selected by an international jury in conjunction with mayors, departmental representatives and other local bodies. Why focus on Greater Paris rather than the Île-de-France region as a whole? Pécresse sees an importance in “Paris” as a symbol, particularly to attract foreign interest and investment. In her view, not just Paris but the suburbs too deserve to be the focus of innovative and forward-thinking urban planning projects. In the next 10 years, more than one million additional inhabitants are expected to flock to the Île-de-France region. This will “have an important impact on housing, transport, distribution of employment hubs, the environment and, more broadly, on our quality of life.” Hence the need to call on architects and urban planners to “draw a new design for our region.” The initiative asks participants to focus on a number of specific areas, including university campuses and research centers, riverbanks — of the Seine, Marne and Oise rivers, maintaining green spaces, better integrated roads and railways, and improved entry points into Paris. Projects will be reviewed starting at the end of 2016, with the jury expected to select the winners by the first quarter of 2017. Photo credit: WikiImages