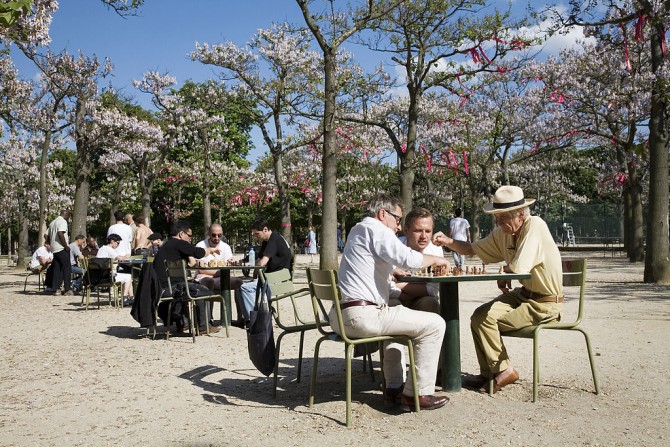 In 2015, almost one quarter of property buyers in Paris were over 60

Last year, 23.8% of real estate transactions in Paris involved buyers over 60 years old, according to a new study. This trend is echoed across the country and has, alongside other factors, helped revive the French real estate market. A new study undertaken by real estate agency Century 21 reports that after a drop in sales volumes of 2.8% in 2014, “the property sector’s activity picked up at the start of 2015, demonstrating a vigor that has not faltered since”. The agency’s statistical overview of the real estate market in 2015 details various reasons for this renewed dynamism and identifies its major drivers.

Most surprising is the significant role played by retired property buyers. In Paris, over 60s accounted for 23.8% of transactions over the course of last year, with over 70s representing 15.8% of them. This surge of seniors onto the property marketplace is visible in other parts of France as well. In Lyon for instance, 27.5% of buyers are over 50 and 11% of them are over 70.

The place of senior buyers in real estate has tripled in five years, and is in line with the fact that 25% of buyers did not resort to loans last year. Over the whole of France, over 70s represented almost 10% of home buyers in 2015, against just 4% in 2013, according to the report. This may well be a result of our lifespans lengthening. It also fits with statistics showing that buyers are increasingly likely to change homes more often throughout their lives, based on changes in professional and personal circumstances.

Indeed, while French buyers made 1.4 property purchases in a lifetime 30 years ago, this average has jumped to 4.2 a mere generation later. Alongside other factors, the surge of senior buyers last year helped the market bounce back with steady prices and increased sales volumes after hitting rock bottom in 2014. The year 2015 saw the return of buyers and the revival of the market as a whole, with the luxury property sector particularly thriving.

The fall of the euro has allowed foreign buyers to make profitable purchases while historically low interest rates — which fell to 2.2% on average last year, against 4.5% in 2012 — mean that modest households can get on the property ladder. Indeed, according to RTL, “when you borrow over 15 years with a 2.2% rate, there is a good chance that inflation will trim your loan before it is due.” Sellers setting increasingly reasonable prices have also contributed to the market’s recovery. In 2015, about 750,000 transactions were completed. While this is still below the record number of 850,000 reached in 2011, it is a net improvement on the 690,000 transactions recorded in 2014.