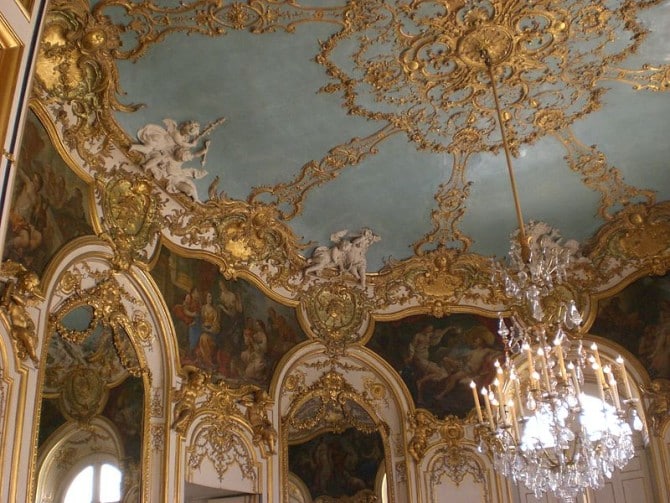 This is the next in a series looking at some of the sumptuous palaces and mansions for which the City of Light is rightly famed.

The Hôtel de Soubise is an elegant 18th century mansion on the rue des Francs-Bourgeois in the 3rd arrondissement (district). It has been the property of the French State since Napoleonic times and now houses the Musée de l’Histoire de France (Museum of French History) and part of the French National Archives.

In common with other palaces in Paris, the Hôtel de Soubise started life as the home of an aristocrat. A fortified manor house was formerly located on the site, built in 1375 by the High Constable, Olivier de Clisson. Its gate and turrets still survive on the rue des Archives.

Having passed through the hands of the Ducs de Guise, the dilapidated building was sold to François de Rohan, Prince de Soubise in 1700. His wife, Anne de Rohan-Chabot, was a former mistress of Louis XIV and it’s believed that the king’s money helped to fund the acquisition.

Boffrand decorated the apartments in a whimsical grotto style. Although his décor was partly dismantled later, the apartments of the Prince on the ground floor and the Princess on the first floor have changed very little since the 18th century. The Princess’s Oval Salon is particularly sumptuous, with gilded carvings, mirrors embedded in the woodwork, and rich ceiling paintings.

Having fallen into disrepair during the Revolution, the building was acquired by the State in 1808. Further building work took place during the 19th century to house the national archives.

The 3rd arrondissement has become increasingly sought after in recent years, having typically been seen as less desirable than the 4th. And in certain areas, especially on the borders of the 4th around the Archives Nationales, a small but high quality apartment can go for upwards of €12,500/m2.