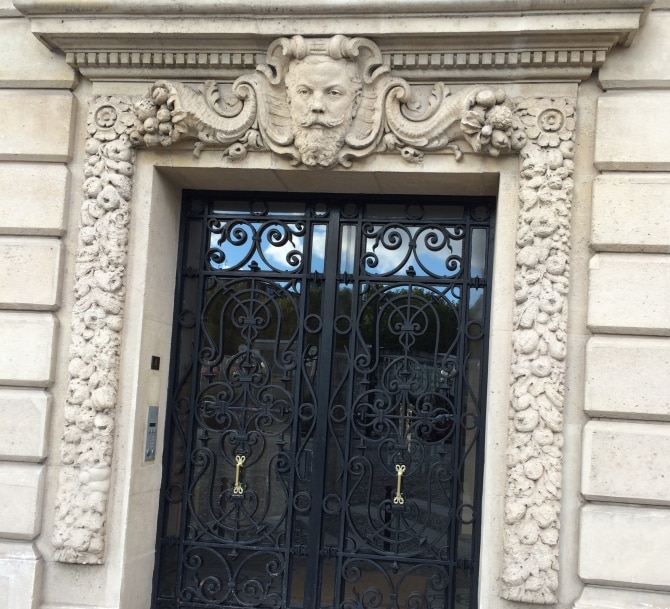 Real estate prices in Paris: around the arrondissements

French weekly l’Express recently published its annual run-down of property prices in Paris, having questioned realtors in each arrondissement (district) to get their view of market trends.

In the heart of Paris, foreigners are still seeking a pied-à-terre, but have become more selective. Apartments with faults, such as the lack of an elevator, are slower to sell than flawless properties.

The 1st arrondissement is the shop window of Paris, with its chic boutiques and gardens. Small, characterful apartments are still in great demand but are hard to find and buyers are choosy. L’Express indicates that this type of property is in the €10,000-€12,000/m2 range. In Paris Property Group’s experience on the ground, prices can be much higher for top of the range studios in the most sought-after area, from the Tuileries gardens to Palais Royal. Apartments of any size there rarely come onto the market. Buyers are expressing interest in properties there priced at around €16,000/m2.

The 2nd arrondissement is less chic but prices have held up. They range from €7,500-€10,000/m2, according to l’Express. The area around the pedestrianized Rue Montorgeuil is still highly sought-after, followed by the Grands Boulevards. Our experience is that around the chic Rue de la Paix, adjacent to the Opera Garnier, prices can reach €16,000/m2.

The 3rd arrondissement has often been seen as less desirable than the 4th. But it has become trendy in recent years and average prices have increased to over €10,000/m2, says l’Express. In certain areas of the 3rd, especially on the borders of the 4th, however, we have found that sellers are looking to obtain €12,500/m2 for a small but high spec apartment.

In the 4th arrondissement, the village-like Marais remains popular. L’Express indicates that top prices for quality apartments are up to €10,000/m2 but more selective buyers are pushing prices down for properties with flaws. Our experience is that desirable properties continue to sell quickly, at prices ranging from €9,000-€13,000/m2. On the Ile de la Cité and the Ile Saint-Louis, they can go to €15,000-€20,000/m2.

On the chic Rive Gauche, prices have seen a correction from a very high peak, but the area is still popular with foreign buyers.

L’Express finds that the 5th arrondissement, with its prestigious schools and universities maintains its appeal, with prices between €9,000 and €12,000/m2. In the Latin Quarter, investment has been dampened a little by recent laws on rent capping. Prices around the Jardin des Plantes are the most affordable at €8,500-€9,500/m2. We see that buyers expect to pay considerably more around the Jardins de Luxembourg and the Panthéon.

The 6th remains the most expensive arrondissement in Paris. It retains its popularity with foreign buyers, but l’Express finds they are more demanding. It says prices here have seen a correction, with the average around €12,000/m2. But the area around Rue Saint-André-des-Arts is gaining in popularity: a 31m2 sold recently for €446,000 (€14,387/m2). We find that properties in the 6th often average €15,000/m2. And prices can go to €25,000/m2 around the Place Saint-Sulpice and the Jardins de Luxembourg.

The 7th arrondissement is the most expensive after the 6th. With its secluded courtyards and magnificent stone apartment blocks, prices have resisted here better than in most arrondissements. Exceptional properties continue to command top prices. A 124m2 in the Rue de Verneuil sold recently for €2.6 million (€21,000/m2).

The “Triangle d’or” in the 8th arrondissement is still the hunting-ground of wealthy – particularly Middle Eastern – foreign buyers. They are keen to purchase a large apartment on the Avenue Montaigne or the Champs-Elysées for upwards of €20,000/m2. Prices drop as you move away from these streets to around €10,000/m2 in the northern part of the arrondissement in the vicinity of the Gare Saint-Lazare.

The 16th arrondissement is popular with families for its large apartments in Haussmannian buildings. But their abundance has led to a fall in prices. Now could be a good time to buy, according to agents. The median price for a large apartment is €9,000-€10,000/m2, but those with faults are around €7,000-€7,500/m2, says l’Express. We see that buyers are prepared to pay €10,000-€11,000/m2 for smaller apartments.

The 17th arrondissement is one of the more varied in the west of Paris and l’Express indicates that prices range from €7,500/m2 up to €11,000/m2. In the prime Ternes neighborhood, prices still attain €9,000-€10,000/m2 for small apartments but large ones are less popular. You can find an apartment in the less fashionable northern 17th for €7,000/m2. Our experience is that in the exclusive Parc Monceau area, sellers can ask up to €12,000/m2.

9th and 10th – chic but not overpriced

These two north-central arrondissements still attract young professionals and artists. The 9th remains popular, especially around the Rue des Martyrs/Saint-Georges, and small apartments are hard to come by. Quality properties can command €9,300-€9,800/m2. On the borders of the 9th and 10th arrondissements, Barbès-Rochechouart offers greater opportunities at €6,500-€7,000/m2.

People are attracted by the small boutiques and trendy bars in these east-central arrondissements, among the hippest in Paris. Small apartments remain popular in the 11th arrondissement, especially around the Bastille, and can command up to €10,000/m2. Large apartments, or those with flaws, take longer to find a buyer.

These southern arrondissements are traditionally favored by families. But property prices have had mixed fortunes this year.

Around Place d’Italie in the 13th arrondissement, young buyers and investors have held up prices. La Butte-aux-Cailles is the most expensive neighborhood with prices of up to €9,000/m2. Lesser quality properties, however, are soon discounted in price: a 38m2 was reduced from €300,000 to €265,000 after six months on the market.

Prices around Montparnasse, Denfert-Rochereau and Rue Daguerre in the 14th arrondissement have held up at around €8,500-€9,500/m2, with exceptional properties commanding more. Other neighborhoods further south, such as Alésia, are less sought-after and this is reflected in prices of €7,500-€8,500/m2.

In the 15th arrondissement, larger apartments are hard to sell and have dropped in price. The new Beaugrenelle shopping center complex has given a boost to the area around the Porte de Versailles, but some bargains can still be found here.

The three north-east arrondissements are historically the least expensive and appeal to first-time buyers in particular. However, prices can vary greatly.

The 18th arrondissement includes the village-like Montmartre. L’Express indicates that the 18th remains popular but that prices now hover around €7,200-€8,000/m2. Some formerly coveted areas, such as Abbesses, are seeing prices stagnate. The Goutte-d’Or neighborhood has the least expensive prices. A 63m2 was sold recently for €318,000 (€5,057/m2). However, our experience is that buyers are seeking quality properties in the Lamarck-Caulaincourt area at prices approaching those of the Marais: €9,000-€10,000/m2.

Prices in the 19th arrondissement are the least expensive in Paris, at around €6,700/m2. Buyers are profiting from the continuing gentrification of the socially diverse 20th arrondissement, especially around Place Gambetta, where prices are €7,000-€8,000/m2. By contrast, a small apartment in Ménilmontant commands around €6,000-€6,500/m2.