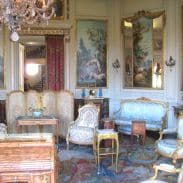 The average price of existing homes in Paris reached a record €8,440 per square meter between June and August 2012(+1.2% in three months; +1.7% over one year). The figures were announced in a market summary released today by the Chambre de Notaires de Paris, whose members oversee all property transactions in Paris and Ile de France.

The new price surpasses the previous record of €8410 euros/m2 attained in May and July 2011. The news of a resilient strong market was welcome, particularly in the context of growing concern about the decline in the number of transactions throughout the Ile de France region. And this trend is expected to continue through the end of 2012: the notaires’ “latest price projections calculated on preliminary sales contracts indicate that apartment prices will stabilize in Paris (without lowering) during the last months of 2012 to around € 8,500 per square meter.” Sales volume of existing homes was down 19% in Ile de France as compared to the same period last year. Prices region-wide still proved resilient, with a slight rise in both the Petite Couronne (the inner suburbs around Paris, +1.3%), and the Grande Couronne (the outer suburbs, +1.0%. As of the end of August 2012, the price per square meter of existing apartments was €4,450 in the Petite Couronne, €3,130 in the Grande Couronne.