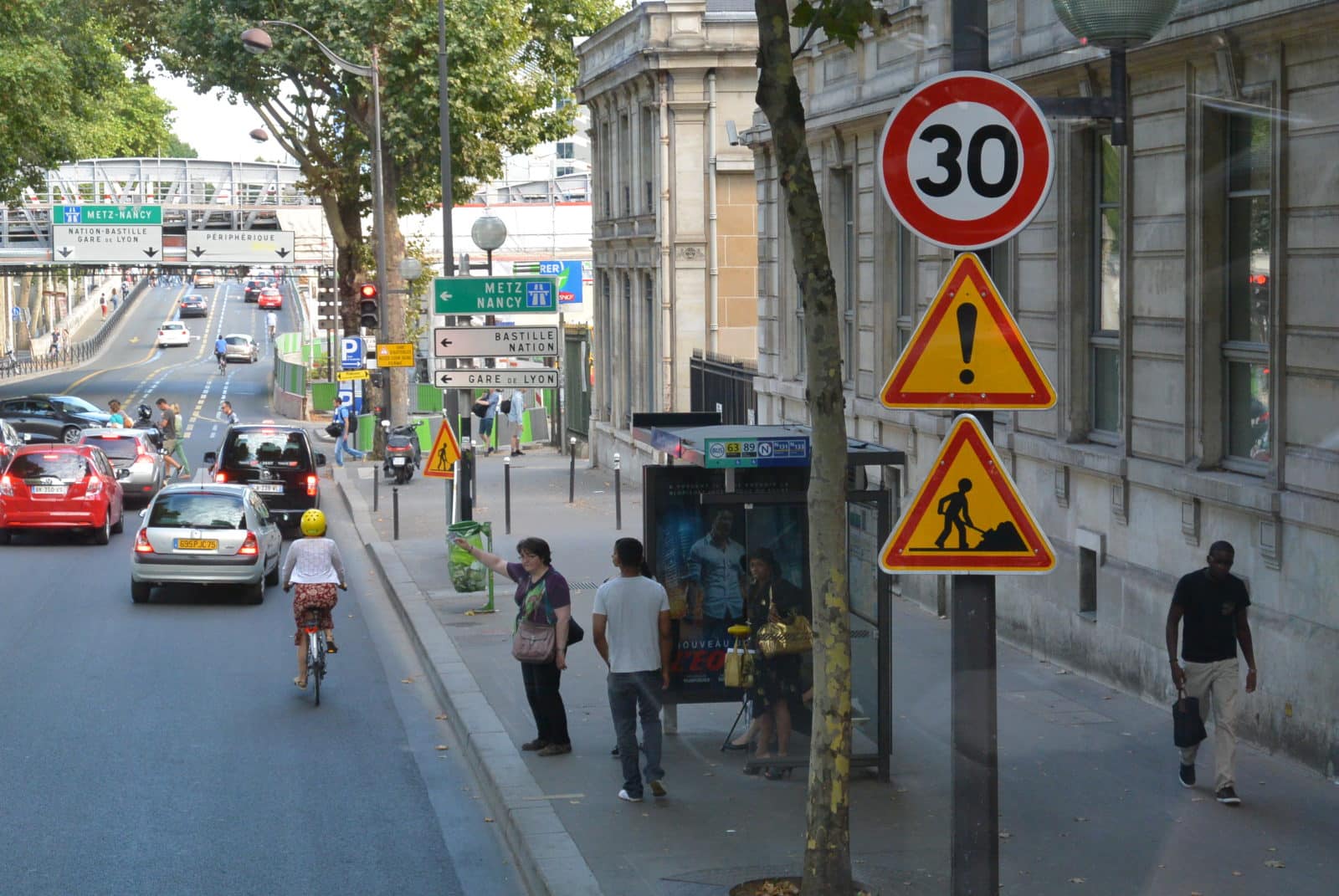 Did you know that there are no stop signs on Paris roads?

Parisians aren’t renowned for their considerate driving, but it might just be because they don’t have the necessary street signage; Paris has no stop signs on any of its 6,100 streets. Why is this?

Whether its the hectic free-for-all that is the Peripherique or the utter chaos of the Etoile roundabout, driving in Paris is not for the most faint-hearted. Maybe it’s a natural side effect of the passion the city’s inhabitants put into their work, arts, culture and cuisine. But it might also have something to do with the fact there are no signs telling drivers to stop and check for oncoming traffic, an entirely normal sight in any other major city.

The city is perhaps the only major capital in the Western world that doesn’t have a single stop sign. Cars do not come to a full stop at any intersection without traffic lights. That wasn’t always the case.

Until a few years ago it had one, lonely sign at the exit of a construction facility driveway going onto the Quai Saint-Exupery in the 16th arrondissement. But in mysterious circumstances, that was removed some time between 2012 and 2014. The culprit (or hero) remains unclear, as does their motivation.

The explanation? Well, the car on the right always has the priority in Paris. But is a rule like that enough?

Does the fact that the only thing stopping collision after collision is a rule of thumb make Paris seem like a more dangerous place to drive? Not according to DEKRA, a German vehicle company which compiled road accident statistics from 2009 to 2012. According to its findings Paris is doing pretty well. Road fatalities are a third of London and a quarter of Rome, comparable cities. Good city planning trumps superior signage, it seems.