The City of Paris has launched an initiative to increase vegetation and greenery in the heart of the capital.  The Mayor of Paris plans to create rue végétales in each arrondissement, allowing nature to reassert itself within our tarmac-heavy capital.

Pedestrian-only streets
The streets and small passages chosen are pedestrian-friendly and often have eco-friendly transportation and local shops present. Turf will cover these often narrow, cobble-stoned streets, garden boxes will be present, and climbing plants will cover walls and sidewalks.

A group project
Neighborhood residents will be the ones responsible for the life of these streets. They are invited to partake in the development and maintenance of the project, becoming active members in its success. Schoolchildren will even be able to participate in gardening activities with City of Paris gardeners. The project thus also aims to create social ties in the community, another positive aspect of the initiative.

Planting against pollution
The presence of plants in large cities helps fight against air pollution and cool the air- ideal during heatwaves. The plan of the rue végétale project is thus to increase plant life on Paris city streets and invite residents to garden there. Complementing pre-existing parks and gardens, these plant-filled streets will be a real asset to Paris, who is on track towards becoming a “green city” in the next several years. 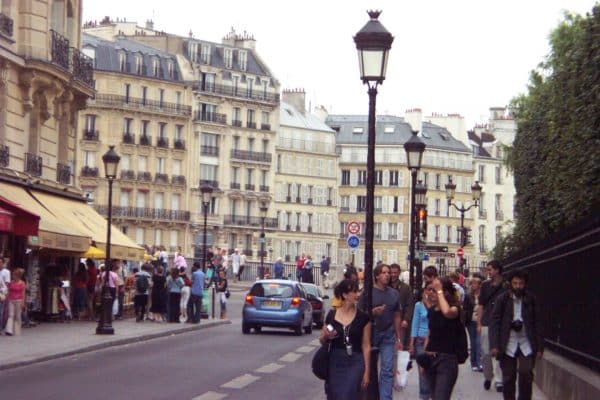 Real estate: Purchasing power in France at its highest level since 2002
Falling interest rates have succeeded in offsetting a rise in prices, even in large cities where housing is becoming increasingly expensive.   Who would have thought? While prices continue to rise, purchasing power in France has never been higher, at least not since 2002, according to the National Federation of Real Estate (Fnaim). Buyers can […]
Search
Find us on
Facebook
Get the PPG Monthly newsletter