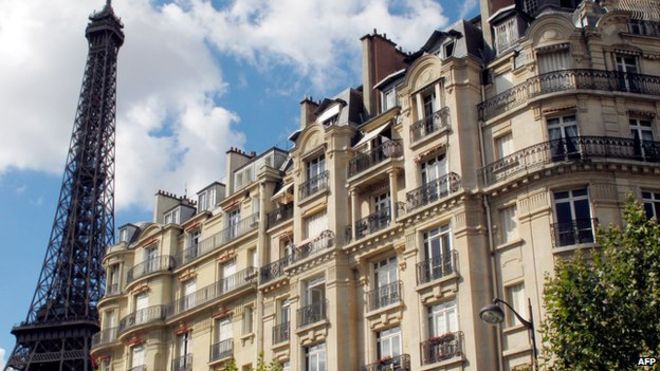 The Parisian luxury housing market is doing very well, benefiting from low interest rates, the consequences of Brexit, and a revived image of France as a whole in the eyes of foreigners and French people living abroad.

“In the Auteuil neighborhood in the 16th arrondissement of Paris, the majority of 3-4 bedroom apartments between 1 and 1.5 million, in top condition and at the correct asking price, are sold in 48 hours” explains Bruno Vallery-Radot, director of Daniel Féau Agency in Auteuil.  These flash sales, with sometimes several offers on the table at the asking price, have become more and more commonplace over the past year.  In this niche of the bourgeois family apartment, nearly half of the sales are made without the condition of a loan.

Often times, advertisements for these spaces never make it to platforms like Seloger, Explorimmo, or Belles Demeures, because the properties are nabbed so quickly by clients directly contacted through phone or email by the listing agency.  “Interested buyers then must be one of the first people to visit the apartment in order to succeed in securing a desirable property,” explains Kathryn Brown of Paris Property Group.  “Some clients are ready to make an offer at asking price without even having visited the apartment. With “gazumping” (or bidding wars) not permitted,  the services of a savvy buyers agent are key in landing the best properties.”

“With “gazumping” (or bidding wars) not permitted,  the services of a savvy buyers agent are key in landing the best properties.”

Apart from the 16th arrondissement, or even Neuilly-Sur-Seine or Boulogne Billancourt, where the demand for this type of family property is the most prevalent, market time throughout has significantly decreased.  Market time for 3-bedroom family apartments at less than 150 m2 has gone from 80 days in the first half of 2017, to 35 days in the first five months of 2018.  For the rarer-still 4-bedroom apartments at less than 150 m2, market time has gone from 62 days to 23 days.

Selling times for large apartments (greater than or equal to 250 m2) and properties valued at more than 2 million euros are also decreasing in a significant way, even though comparatively the sell-time remains significantly longer.  Barnes, another high-end real estate agency, claims 85 sales in less than 48 hours since January 2018, compared to only 72 of these flash sales in all of 2017.  This figure is all the more impressive when taking into account that Barnes sells about one hundred properties per month in Paris and the greater Paris region.

“This acceleration concerns apartments in perfect condition, without defects or problems, and ideally located.  It remains very Parisian, not occurring in the rest of France.” relates Alexander Kraft, Director of Sotheby’s International Realty France and Monaco, “because elsewhere the stock of property for sale is quite high, so buyers are not in a hurry.”

Paris: a moderate rise in prices

This acceleration in sales times reflects the growth of the luxury market since the beginning of the year. In terms of volumes within the Féau network, sales rose 32% from January to May 2018 compared to the same period last year, after 5 years of continuous growth.

Mechanically, the acceleration of sales rates is accompanied by a contraction in the stock of apartments and mansions for sale.  For Féau, this amounts to 2.7 billion euros in the first quarter of 2018 (that is to say, about 800 homes for sale), which is exactly half of its level at the end of March 2013 (5.4 billion euros).

For property above 4 million euros, the average price per m2 has increased by 5.6% in one year, from €19,724 to €20,836.  It must be taken into account, however, that these statistics reflect a much smaller market, the number of sales in this sector being quite reduced.  At Sotheby’s France, Parisian luxury real estate prices have increased by 5% since January 2018 and by 15% since January 2017, but “on a national scale, there are no significant increases.”

Although low interest rates carry the Parisian luxury market, the effects of Brexit and the refreshed image of France among foreigners and French people abroad since the election of Emmanuel Macron have also contributed to the upturn.

Evidence of this is shown by the growing number of French citizens returning to the country after living abroad. So far in 2018, for sales between 2 and 4 million euros within the Féau network, 31% of buyers are non-residents. Of this 31%, 59% are French nationals. For sales above 4 million euros, the share of non-resident buyers is up to 61%, a record.

Of these non-resident buyers, 42% are French nationals. These are French executives whose companies, up until now in London, are being repatriated to Paris following Brexit, as well as French entrepreneurs and investors who had left France for tax reasons.

Recently, a Frenchman from London sold his 170 m2 apartment in London to buy a 400 m2 house in the popular “Villa Montmorency” in the 16th arrondissement. “For the French in London, the Parisian luxury market is affordable compared to what they’ve experienced in the Anglo-Saxon capital, which helps to drive up prices,” notes Bruno Vallery-Radot.

The number of foreign buyers is also growing, especially North Americans searching for property between 3 and 10 million euros. Aside from Europeans and North Americans, this increase mainly derives from buyers from the Middle East and Africa. Russian buyers have almost entirely disappeared with the fall of the ruble and political control measures.