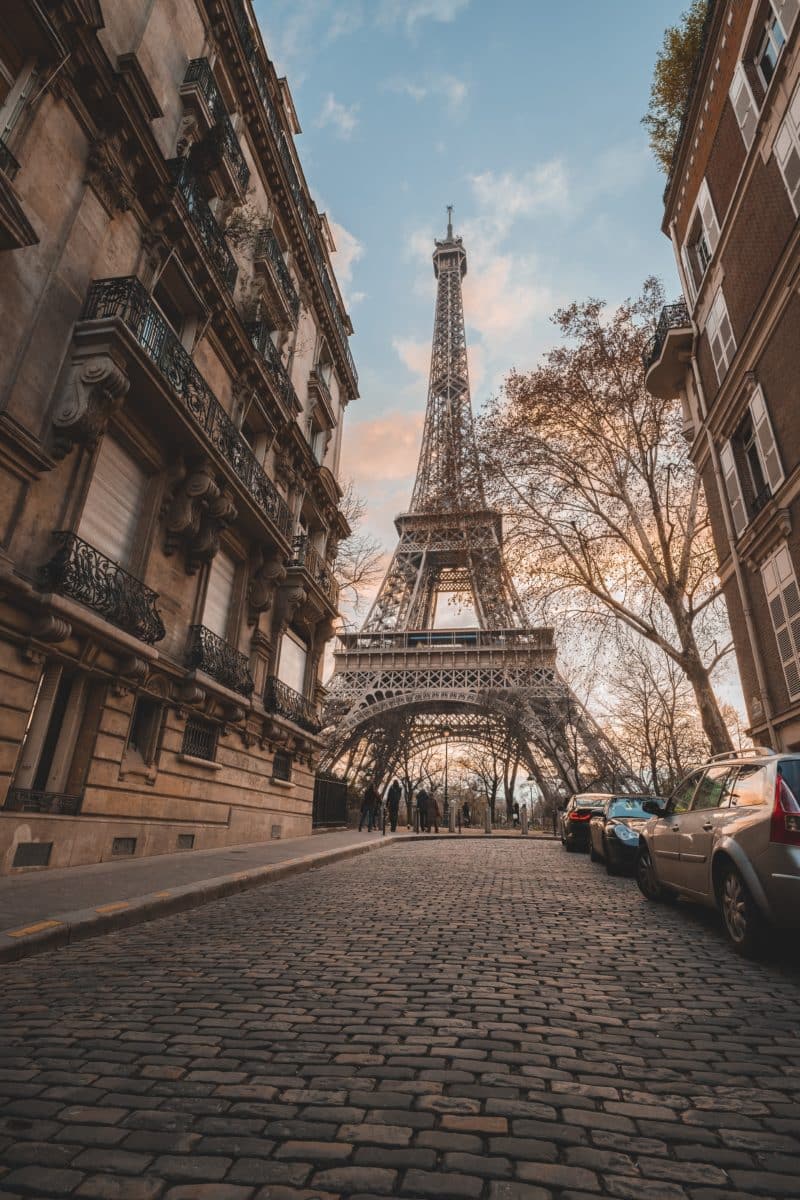 The symbolic 10,000€ average price per m² for apartments in Paris

The price per m² has been above 10,000€ for about three years and has been declining for less than two years 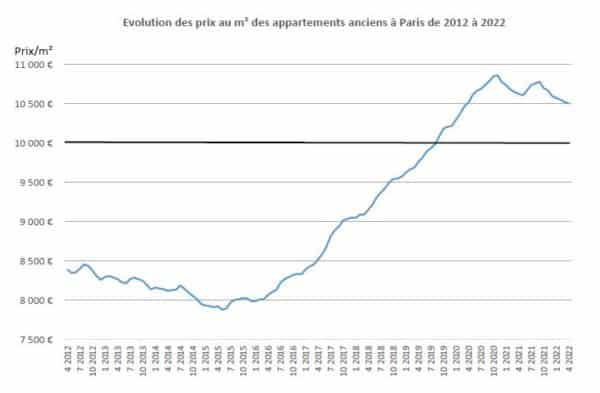 Since 2020, prices have begun to  erode, despite a temporary recovery in the summer of 2021. The Covid era and the shift to telework have increased the desire of many to become homeowners and have given new advantages to the suburban areas around Paris, the Petite and Grande Couronne, where it is easier to find larger accommodations and houses, in a greener and less dense living environment.

On the other hand, in Paris, prices are now on a slightly downward trend but only  moderately (between -1% and -2% over one year), and close to that observed from 2013 to 2015. Nevertheless, Paris tends to always maintain its attractiveness.

Sales over 10,000€ per m² have fallen in recent months but continue to account for more than 60% of all sales in Paris 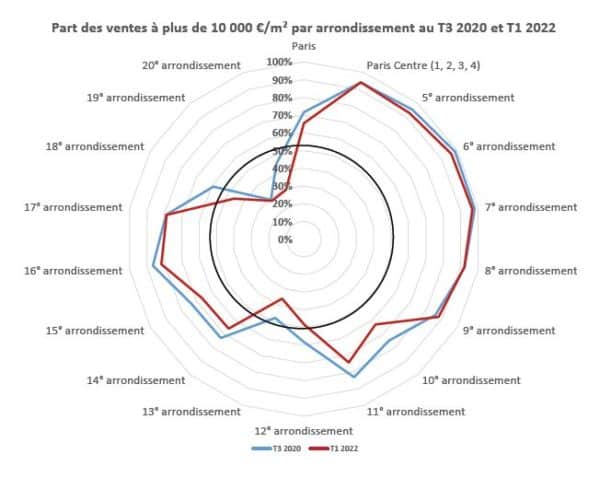 The fall in prices matched a downward turn in the proportion of apartments sold at more than 10,000 € per m².

This second graph shows the share of sales of existing apartments in Paris  at over 10,000 €  per m² over the past 10 years.

Contrary to what many sources may suggest, the sale prices of apartments in Paris are still largely above 10,000€ per m².

Apartments that sold for more than 10,000€ per m² represent more than 90% in the center of Paris and less than 50% in the 5 peripheral arrondissements of eastern Paris 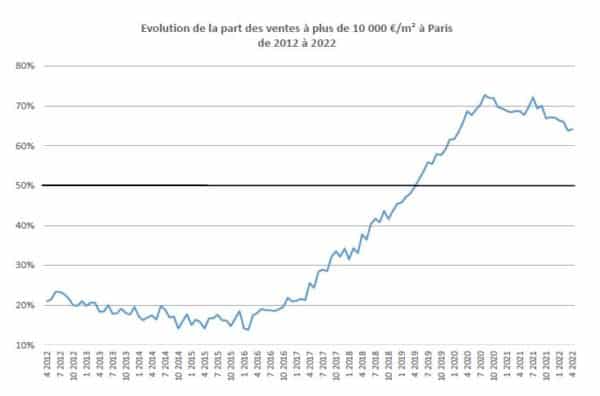 Prices in the most expensive arrondissements in Paris are mostly above 10,000€ per m², regardless of the overall price drop.

The slight drop in prices does not change this observation.