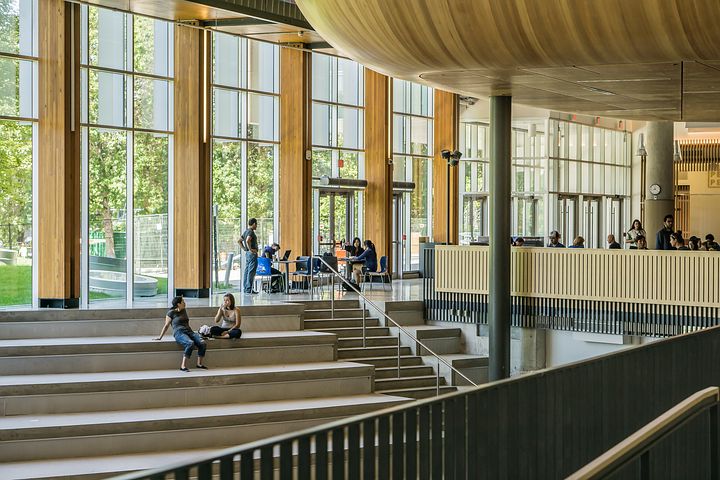 For student housing in France, is it better to buy than to rent?

Among the presidential debates, real estate remained absent in the discussions. And yet, the health crisis did not fail to raise, among other things, the difficulties of students during successive confinements. Accommodation in particular is a complicated issue to manage every year in the face of often tight budgets. In this context, Meilleurs Agents, has carried out an unprecedented study within the 100 largest French student cities. What if buying your child’s student accommodation was less expensive than renting it?

The full study can be found here

At first glance, it is true that renting is more flexible and less complicated to implement than buying a property, but this preconception must  be put into perspective. Indeed, even if few costs are taken into account at the time of a rental (rent, deposit, agency fees if there is an agency) versus the purchase (notary fees, agency fees, interest, co-ownership fees, property tax), renting can indeed become less profitable than buying depending on its duration. Against all expectations, buying is more profitable than renting in 78 student cities out of 100. Mulhouse is in first position with a payback period of only 1 year and 5 months. Thus, even if his child completes a training course in 2 years, it is still more interesting to buy than to rent! Note that a 25m² studio in Mulhouse costs €32,441 (agency and notary fees included) to purchase, versus a monthly rental cost equivalent to €301.3 (charges, and APL1 included). The other 4 cities at the top of the ranking (within cities with more than 50,000 inhabitants, including more than 10,000 students) are Roubaix (2 years and 3 months), Saint-Étienne (2 years and 4 months), Evry ( 2 years and 7 months) and Metz (3 years).

“Beware, however, of the state of demand for studios, which can make it difficult to resell the property if it is weak. For example, in Mulhouse, the share of tenants of main residences with 1 room in the private sector is only 12% against 20% on average in all student cities. Thus, even if we assume that prices will remain stable over time, nothing prevents the property from depreciating over the years.” says Barbara Castillo Rico, Head of Economic Studies at Meilleurs Agents.

Conversely, there are cities for which the purchase is so expensive relative to the rental that 5 years are not sufficient to amortize it. Renting is more interesting, especially in Versailles where it takes more than 8 years to amortize the purchase, i.e. the duration of studies for those who continue with a thesis!

Montpellier, Marseille and Lille are the only cities in the Top 11 where it is better to buy than rent for student accommodation.

If, in general, renting is more attractive in cities where rents remain inexpensive relative to the price per m², 3 cities among the 11 largest cities in France are attractive in the context of such an investment. In Montpellier, while the rent (including charges and APL) amounts to €381.6 per month, the purchase price is 91,706€ (agency and notary fees included). For parents, it will take 3 years and 11 months to see the costs related to their investment amortized, more than a year before the end of their child’s studies. On the Marseille side, the average rent is 361.80€ against an average purchase price of 92,408€. Here, the amortization period is 4 years and 3 months. Finally, on the side of Lille, the amortization period is 4 years and 5 months. The average price of rent there is 383.40€ versus 100,609€ for the purchase of a studio. For the rest of the Top 11, it will be better to rent a student studio. Indeed, for example, the amortization period in Paris is 6 years and 10 months and in Lyon 6 years and 7 months, which is much longer than the 5 years of study.

Large student cities: it is still more interesting to buy than to rent in more than one out of two cities!

If it is indeed more interesting to rent in most of the major French cities of the Top 11, when we look at the major student cities (more than 30,000 students), the choice is not so obvious.

“Out of 22 cities with more than 30,000 students in its population, in more than one in two cities, it is more interesting to buy because it takes less than 5 years of study to amortize its property. Thus, in Nancy and Dijon for example, it takes 4 years or less to make a profitable purchase for rents of less than313€ in these two cities. On the other hand, in cities like Aix-en-Provence or Rennes, it takes more than 5 years to make your investment profitable”, analyzes Barbara Castillo Rico, Head of economic studies at Meilleurs Agents.