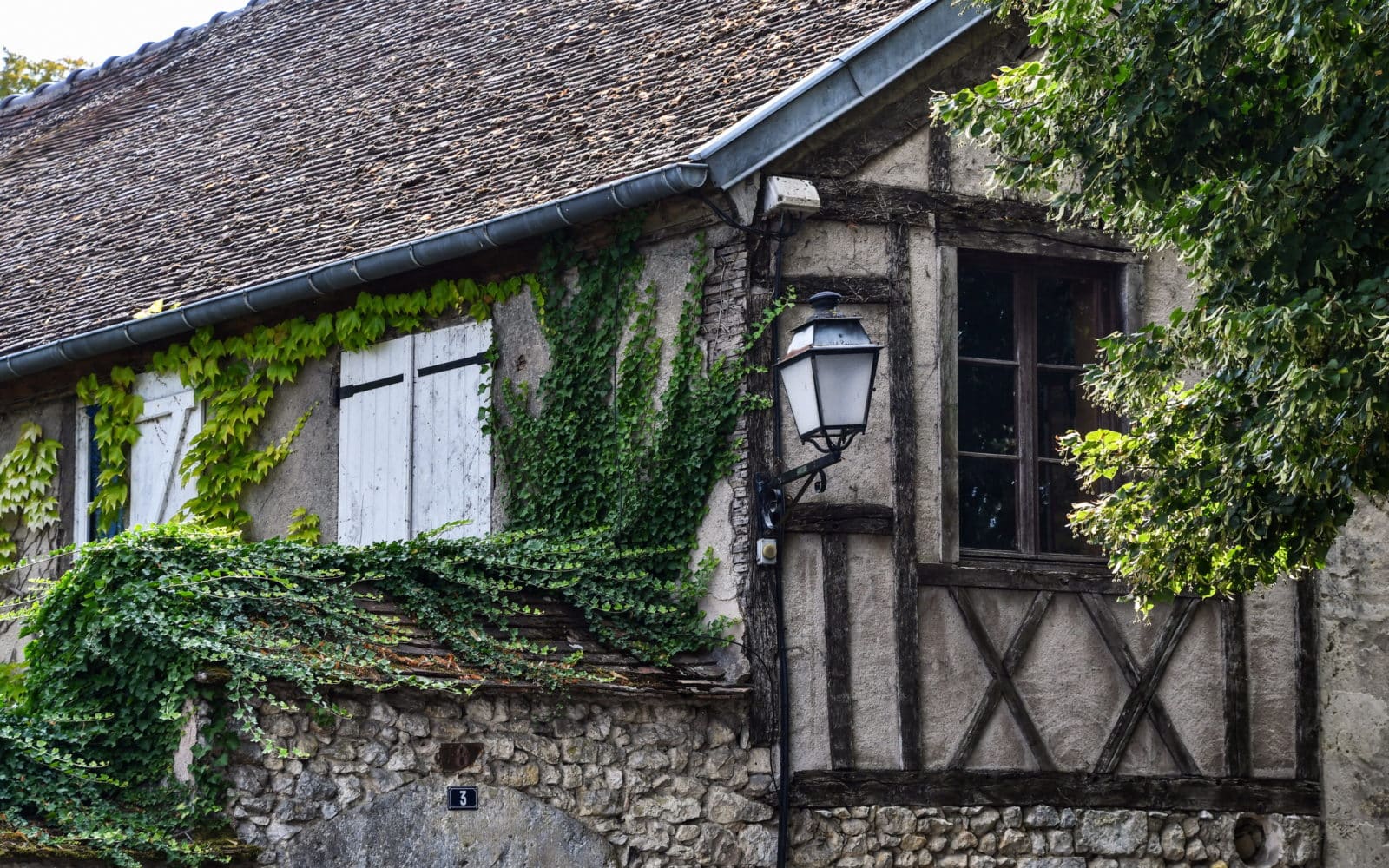 Welcome to the medieval village of Moret sur Loing in Seine et Marne, barely an hour’s drive from Paris. A favorite spot for yachtsmen from all over the world and endowed with an unspeakable bucolic charm, we can understand why Moret sur Loing was once a source of inspiration for painter Alfred Sisley.

Provins is a real treasure. With its antiquated atmosphere, this fabulous medieval city has visitors feeling like they’ve stepped back in time to the Middle Ages as soon as they enter the gates.  Boasting half-timbered houses, ramparts, and a dungeon, Provins promises to be an enchanting medieval excursion.

Less than 100 km north of Paris, Senlis bears witness to over 2,000 years of history with its unparalleled architectural and cultural heritage.  Narrow cobblestoned streets, ivy-covered walls, private mansions, flower-filled terraces, shop windows from another time… Senlis is the perfect destination for a weekend escape in nature.

Ranked among the most beautiful villages in France, Gerberoy is a gorgeous commune found in Oise, in Hauts de France. Visitors simply enjoy wandering the cobblestone streets of this timeless hamlet on a hilltop, each one more charming than the last.  Only an hour and a half away from the capital, Gerberoy is a true haven of peace.

Nature in all its splendor can be found only 30 minutes from Paris. Have a stroll along the promenade de petits ponts to discover the charming small bridges that criss-cross the village canal and the timeless wash houses along it’s banks.  If you’d like to turn your trip into a full-on excursion, why not check out day-hiking options through the Vallée de Chevreuse. Giverny is a village of timeless charm about an hour outside of Paris where Claude Monet lived from 1883 until his death in 1926. Its idyllic water garden with an overhanging Japanese footbridge and water lilies inspired the impressionist painter to create some of his most beautiful paintings.

More commonly known as the “village of painters,” the village of Barbizon was an inevitable haunt for French pre-impressionist painters in need of inspiration.  Not far from Fontainebleau, at about 45 minutes from Paris, the ever-charming village of Barbizon is perfect for a nice afternoon stroll.

If you feel like walking in the footsteps of Vincent Van Gogh, head to the picturesque village of Auvers-sur-Oise, less than 30 km from the capital.  Visitors can discover the Église Notre-Dame, visit the tombs of Van Gogh and his brother Theo, and have a stroll through the narrow flowered streets leading to the village’s château and its gardens.

On the edge of the Rambouillet forest in les Yveliines, Montfort l’Amaury lies at the foot of the ruins of the city’s fortified castle. In the heart of this small medieval city, countless historic monuments bear testament to 1000 years of history. Visitors enjoy wandering along the village’s narrow, cobblestoned streets and admiring the Tower of Anne de Bretagne, the ruins of the medieval castle of the Counts of Montfort, and the city’s church with its exceptional collection of 16th century stained glass.

Since 2009, the massif de Rambouillet has been classified as a “protected forest,” which means that although open to the public, its environmental value has been preserved. This makes the Rambouillet forest the second largest protected forest in France. Head here if you’re looking for an enlightening experience in the heart of nature, sure to bring some perspective.

Beach Destinations Near Paris
People say that there’s nowhere in the world quite like Paris, and with good reason. Thanks to its famous arrondissements, the mix of modern and Old World charm, and famous sites like the Eiffel Tower, the City of Love saw a whopping 40 million visitors in 2017 alone. But walking the city isn’t the only […]
Search
Find us on
Facebook
Get the PPG Monthly newsletter