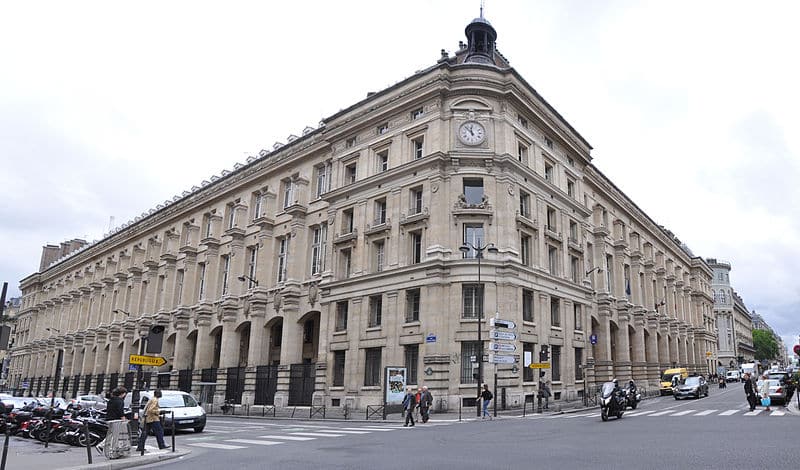 The legendary Poste du Louvre (Louvre Post Office), in the heart of Paris, is getting a makeover: the site will soon be home to a surprising mix of offices, apartments, boutiques, and a luxury hotel.  The building itself will remain in the hands of La Poste and will retain some of its postal activity, although much less than in the past. “La Poste has sold many of its buildings across France, but here it remains the owner, and not for nothing,” says Rémi Feredj, managing director of Poste Immo, the real estate subsidiary of the La Poste group.

Closed since 2015, the former Hôtel des Postes, boasting 32,000 m² of floor space and the largest mail distribution center in France, was once known to Parisians for its flexible operating hours.  Open seven days a week and at night, this post office was especially handy for procrastinators during tax season when returns were still sent by mail. The building, composed of iron and stone and known for its peristyle overlooking the street, was built in 1886 by architect Julien Guadet. Its metal naves make it one of the masterpieces of industrial architecture of the Third Republic.

A “concentrate” of Paris

La Poste du Louvre is located a stone’s throw from the former “belly of Paris,” Les Halles.  The site is also in close proximity to the business district, the shops on rue de Rivoli, and the nearby Bourse du Commerce, which will open to the public with the François Pinault collection in a few months.

In 2021, this former central post office will be like its own city with the city, a sort of “mixed, compact, concentrate of the city,” in the words of architect Dominique Perrault, who is in charge of the massive construction site. Piloted by Bouygues Bâtiment Ile-de-France, the finished building will house a nursery, a 5-star hotel with 82 rooms and suites, several boutiques, a police station, coworking areas, apartments, a brasserie with a bar with a 360° view roof terrace, as well as a post office. As for the two underground levels, 1000 m² of space will be used for urban freight distribution and the rest will be turned into a parking lot.

Despite its imposing proportions, the building is surprisingly bright. Its large peristyle and the generous open spaces that have been created flood the premises with light.  Another surprise: although the building only officially has three floors, with a fourth floor dedicated solely to the rooftop terrace, each floor has the ceiling height of two normal floors. There is even a mezzanine level on each floor.

The highlight of the show will of course be the famous rooftop terrace above the luxury hotel, with its 500 m² of green space, 360 m² lounge bar, and most importantly, a breathtaking view of the capital.

For photos of the construction site, as well as mockups of the finished space, check out the original article.

5 majestic chateaux and estates to discover outside of Paris
We all know about the Château de Versailles, but what about some of the other historic estate grounds in the Paris region?  Toeing the line between culture, history, and nature, these gorgeous manors are the perfect destination for a little break from the capital.      Le château de Monte Cristo View this post on […]
Search
Find us on
Facebook
Get the PPG Monthly newsletter