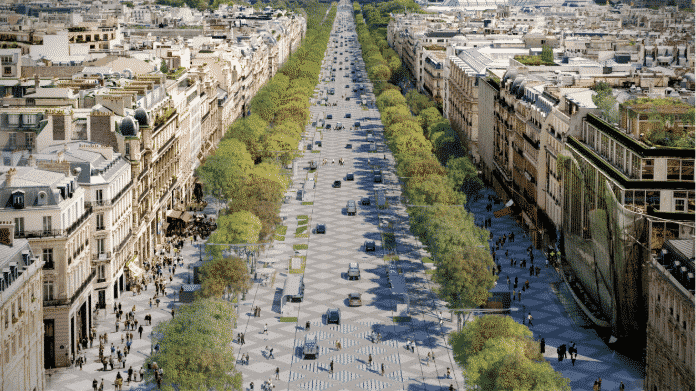 Will the Champs-Elysées be completely overhauled?

Plans to fully redevelop the Champs-Elysées before the 2024 Olympic Games are in the works, much to the delight of Parisians and tourists alike.

Long considered the most beautiful avenue in the world, the Avenue des Champs-Elysées seems to have lost some of its splendor… and for good reason: 64,000 vehicles drive along this major thoroughfare every day and “94% of Parisians have a negative image of this artery, with 71% of people finding it too touristy and 26% of people finding it too noisy”, reports BFMTV.  In response to these statistics, the Comité des Champs-Elysées has decided to take matters into their own hands and hopes to revitalize the avenue as the 2024 Olympic Games approach. 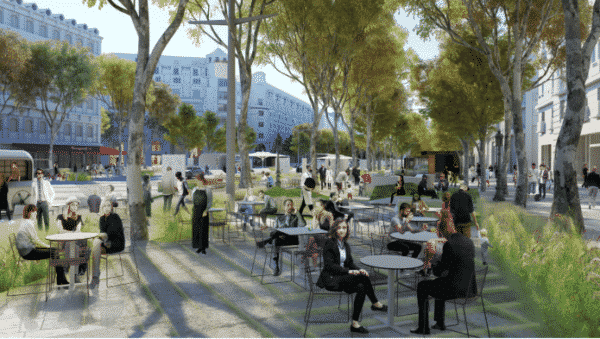 Plans include the installation of a double row of trees along widened sidewalks.

The goal here is to make the Champs-Elysées more pedestrian-friendly and ecologically sound.  Under plans proposed by PCA-STREAM architecture firm, which have yet to be approved by Paris City Hall, the avenue’s eight total traffic lanes will be reduced to four and repaved without cobblestones in order to lessen noise pollution and aid in heat reflection.  A double row of trees will be planted, bicycle lanes will be formed, and sidewalks will be widened in order to increase space for strolling and relaxing on terraces.

“This will involve the creation of flexible traffic lanes that change according to the time of day, the day of the week, or the time of year,” notes Le Comité des Champs-Elysées in a press release. 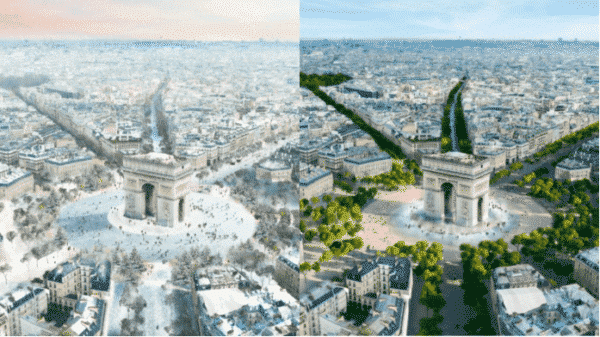 The roundabout surrounding the Arc de Triomphe could be turned into an ice-skating rink in the winter or a beach in the summer.

In addition to these major innovations, the committee would also like create a cultural center under the Arc de Triomphe and to welcome pop-up shops that revitalize and modernize the site.  Surrounding the Arc, seasonal attractions have been proposed, like a skating rink in winter, a beach in the summer, or a flower market in spring.